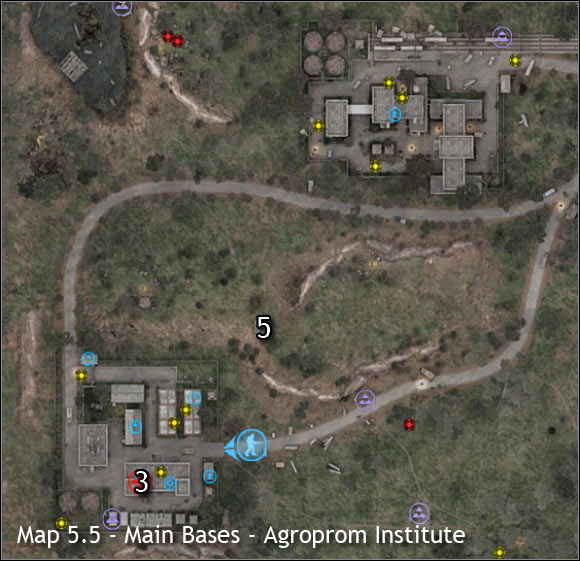 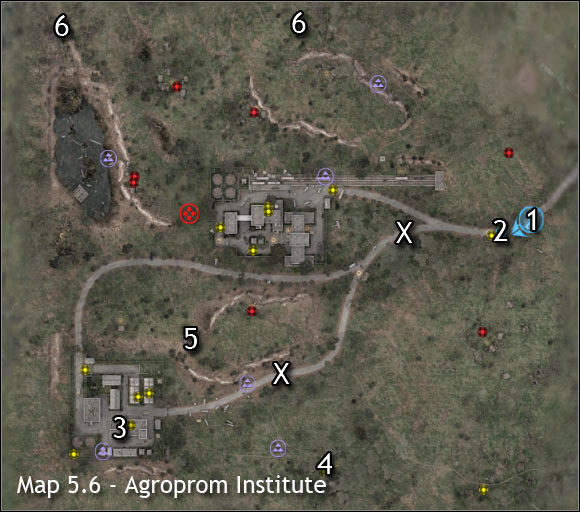 1. Talk to the outpost leader

Listen to a short radio transmission. Once it's over, you'll be given this new challenge. Approach Duty's checkpoint. The situation here is similar to Freedom forces, so you don't have to worry about getting mugged. Instead, try talking to Witalik the Crow (screen). He will make a proposition. It turns out that his team is getting ready to move out and you're welcome to join them. Stay here for a while and wait for the soldiers to prepare themselves. 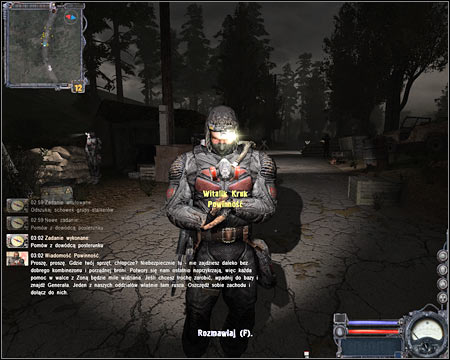 2. Talk to leader of Duty fraction.

Goal area: 3 on the map (X icons on the map are the areas where your colleagues are going to be attacked by the mutants)

Notice a large group of Duty soldiers. It'll take them about 10-20 seconds to start moving. Obviously you will have to be there when they do. Follow them and try maintaining close distance to them, so you won't have to worry about getting lost. Your teammates will make a stop after a short while. After that, they're going to be attacked by an invisible creature (screen). You won't have to do anything out of the ordinary here. Just make sure that you don't get shot by mistake. Once the monster has fled, approach the body of a killed soldier and consider taking his weapon (AC96/2). 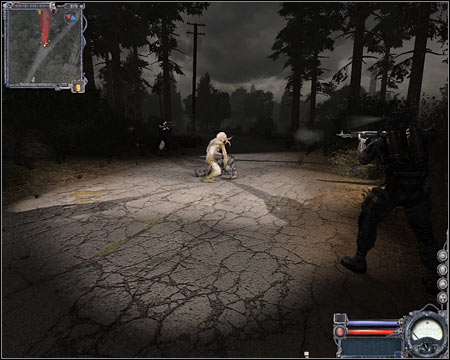