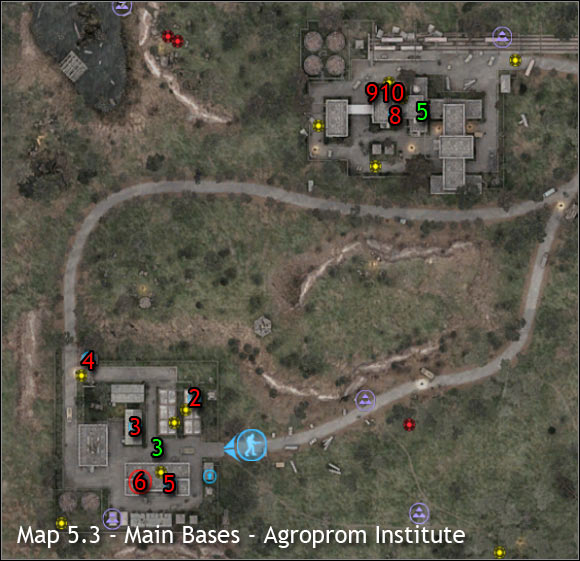 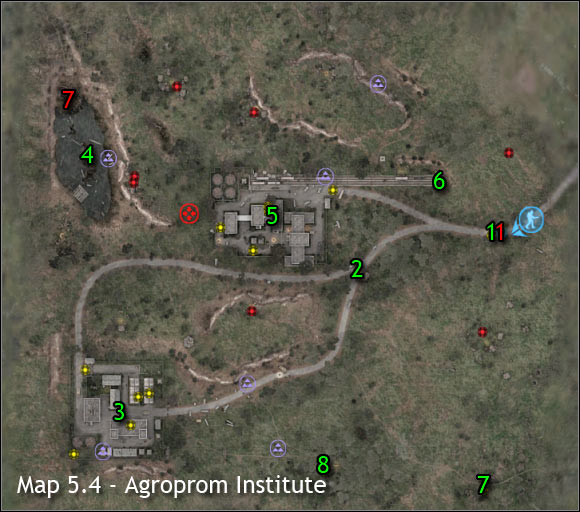 1) Witalik the Crow - You are going to be greeted by this Duty soldier if you decide to choose the western passageway to Agroprom Institute. Witalik will offer his help in reaching the southern Duty base. I would recommend that you agree to his proposal, because it's very dangerous in the area and you'll have a lot of soldiers to protect you. Check the description of first main quest for more info on how to get to the base safely.

2) Kolobok - He works as a bartender in the southern Duty encampment. Notice a lot of food on the table. You may pick these items without any problems.

3) Mitaj - Mitaj is a trader in the southern Duty base. This means you can trade items with him and you ask him for a reward whenever you've unlocked one.

4) Major Zwiagincew - He is one of the soldiers in the southern encampment. You'll be given an opportunity to participate in a few shooting competitions. The idea here is similar to the base in Garbage. You can train your skill or you can play for money. Each time you'll have to score as many points as possible within a certain time limit.

5) Gromow - He works as a mechanic in the southern encampment. As a result, he can repair or upgrade your equipment. Gromow specializes in protection against bullets. Obviously you can also ask him to give you a few subquests.

6) General Krylow - Krylow is the leader of the Duty organization. You'll have to contact him to find Fang and stalker's stash.

7) Jaszka - He's a stalker and you'll find him while exploring the swamps. If you decide to help him and his colleagues to reach Yantar, you will be rewarded with a very good armor.

8) Ajdar - Ajdar is a mechanic in the northern Duty encampment. I guess you won't be surprised to hear that you may ask him to upgrade your gear.

9) Drozd - He works as a trader in the northern base.

10) Orest - Orest is the commanding officer in the northern Duty base. You can agree to help him in getting rid of the bandits.

1) Eastern checkpoint - This is probably going to be the first area you'll have a chance to explore once you've arrived in Agroprom. You will come across several Duty soldiers here. Agree to join them, because they'll be heading towards the southern base. 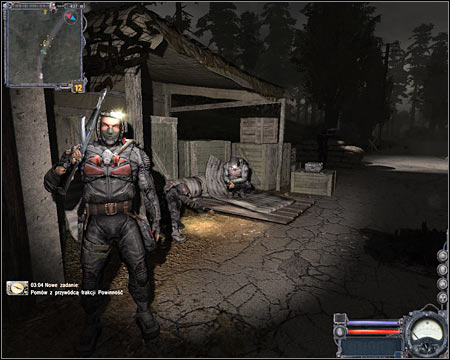 2) Crossroads - You will find a lot of vehicles here, however you don't have to inspect them. There are two roads here. Both of them lead to southern Duty encampment, however choosing the northern road will also allow you to get closer to the second base. Bear in mind that even if you're staying on the main road, you can still come across radiation or other problems. You'll have to be careful in order to avoid dangerous situations. 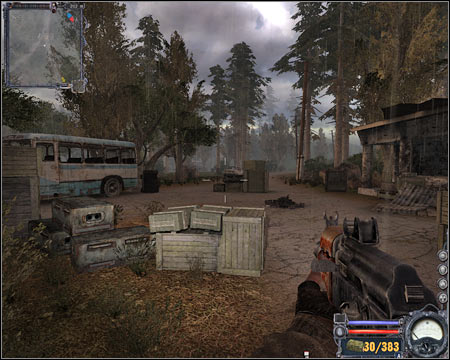