The Jupiter sector, apart from the Stalker base, is the headquarters of two hostile fractions - Duty and Freedom. If you want to have access to all the missions, you should make friends with one of the sides. You will also meet a group of scientists here and help them get to the bottom of the anomalies. Eventually you will form your own team and head out to Pripyat. 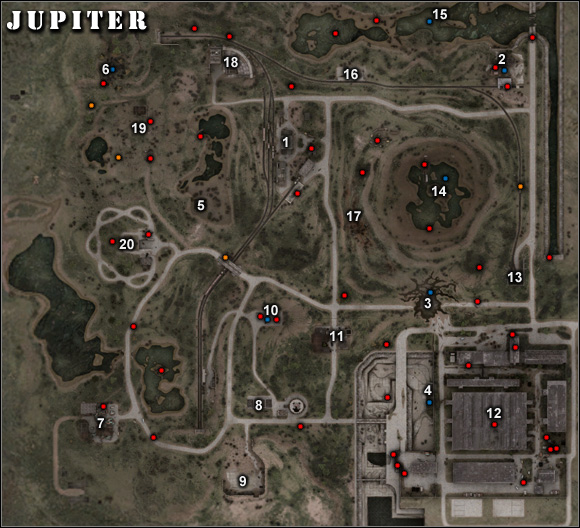 Important locations on the map:

1) Yanov - Stalker base. Inside you will find the representatives of two hostile fractions - Duty and Freedom. Generally the place is similar to the Zaton base, apart from the item supplier, who is nowhere to be found in Jupiter. The mechanic here doesn't need alcohol to work. In the east, under the house's wall, in the chest - a rifle, sight and ammo. In the metal "chest" at the junk in the south - a rifle, silencer and ammo. 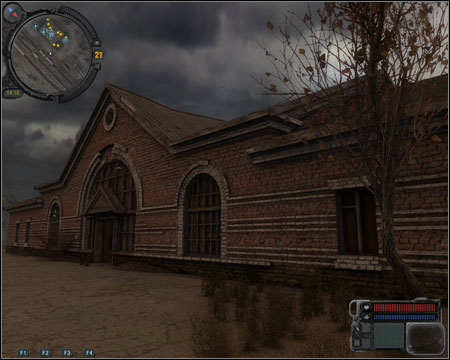 2) Cement Factory - inside a tall building (enter through the roof) you will find parts of radio from mission 4 (Radio Equipment) and an artifact. In the basement (enter from the marshes in the north) a part of mission 20 will take place (UAV). In the underground underneath the buildings - dogs and first-aid kits (under the big pipe). Under the bridge on the east - rifle with ammo. 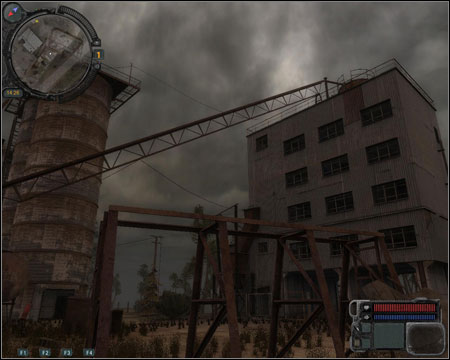 3) Bitumen Anomaly - fire anomaly with an artifact, in which you will place the detector from mission 14 (Anomaly Research) and 15 (Hypothesis). In the bushes at the north-east - a pistol, ammo and grenades. In the concrete pipe in the east - a rifle with ammo. 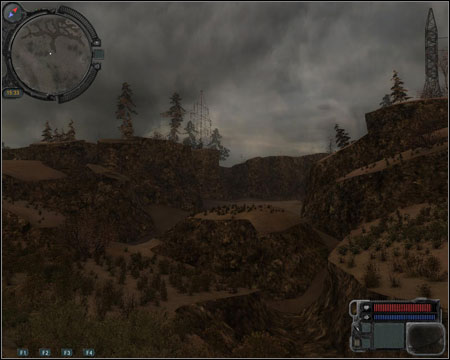 4) Concrete Bath Anomaly - a chemical anomaly with an artifact, in which you will place a detector from mission 14 (Anomaly Research). You will come across Snorks here. In the scrap metal in the west - medicine and lots of ammo. In the north-west, in the bushes - a rifle with ammo. 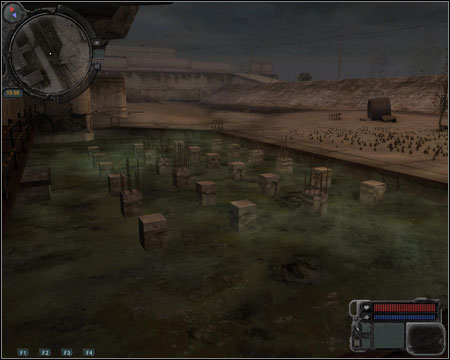 5) Scientists' Bunker - the scientists' bunker, in which you will receive many missions. You will also find a mechanic here, who will upgrade your armour after you complete some missions for the scientists (some modifications can be performed only by him). 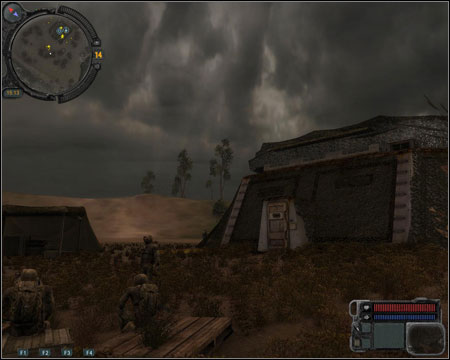 6) Ash Heap Anomaly - a fire anomaly with an artifact, in which you will place a detector from mission 14 (Anomaly Research). At the south-west, under some stones - a steel helmet and medicine. A little further, under a tree - a sniper rifle. 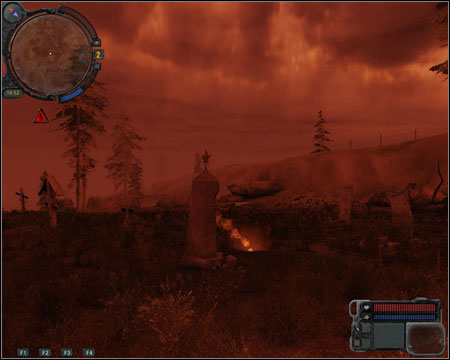 7) Container Warehouse - one of two bandits headquarters in this sector. Try not to eliminate them before getting to mission 2 (Hostage), because you can lose a valuable achievement. In the van on the northern side - a rifle, vodka and ammo. 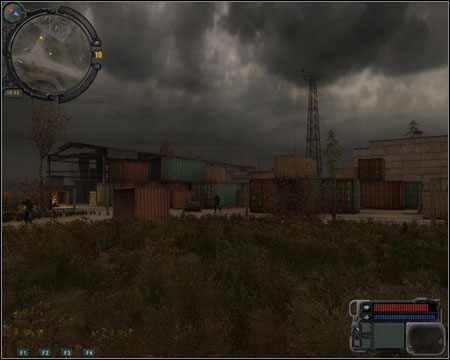 8) Ventilation Complex - you will visit the undergrounds of this location during mission 12 (The Oasis) to get a valuable artifact. During mission 9 (Night Hunt) you will hunt a chimera here. In the concrete pipe in the south - ammo and grenades. 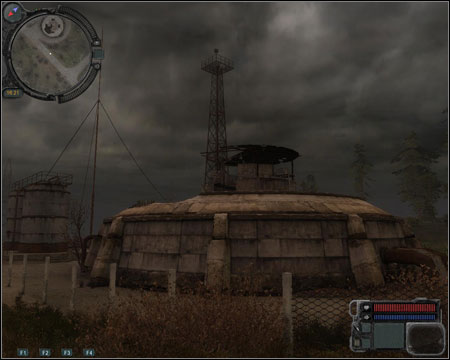 9) Helipads - a minefield from mission 23 (Stingray 1). Cross it while avoiding dark spots on the minimap/ground. 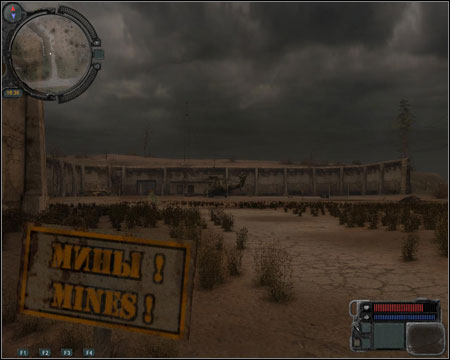 10) Parking Lot - an electric anomaly and zombies. You will visit it during mission 14 (Anomaly Research). You can take some grenades, pistols and medicine from one of the cars. From the chest by the "tower" - first-aid kits and Gauss' cells. 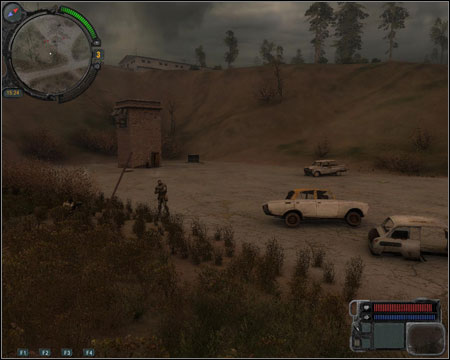 This site is not associated with and/or endorsed by the Namco Bandai or GSC Game World. All logos and images are copyrighted by their respective owners.