Welcome to the unofficial guide to "S.T.A.L.K.E.R.: Shadow of Chernobyl". This guide consists of three large and separate chapters. Each of these chapters is going to be very important, so I would recommend that you read the entire guide, not only the walkthrough section. The first chapter of my guide is by far the largest one. Here you'll find a complete walkthrough of the singleplayer campaign of the game. There are more then 10 main levels (+a few underground missions) for you to explore. I've prepared three maps for each location. The first map shows exits to other zones. The second map will tell you where to find NPC characters. You will also find out about important locations and secrets. The third map is tied directly to quest descriptions, so you'll know exactly where to go in order to fulfill them. The second chapter of my game guide will allow you to find quests quickly, because you will be given a complete and alphabetically ordered list of all main quests of the game. The descriptions are very similar to those near the quest maps. As a result, you should be able to find your quest locations without any major problems. This chapter will also come in handy for those of you who don't want to know anything else, so you won't have to waste your time searching for quest descriptions. The final third chapter of my game guide was being prepared mostly for less experienced players, however you will also find a large list of common weapons, armors and artifacts here. You will be able to use these objects during the course of the game. I've also shown their advantages and disadvantages, so you'll know exactly what you're getting into. You will also find some basic hints in this chapter of the guide. These clues should help you out to survive in the game world (yes... it's not going to be that simple ;)). You will find out how to explore your surroundings and deal with different kinds of threats. I've displayed some of the monsters and anomalies, so make sure that you read these hints. I hope that my guide will become helpful to you and will allow you to safely reach one of the possible endings. Have fun playing the game! 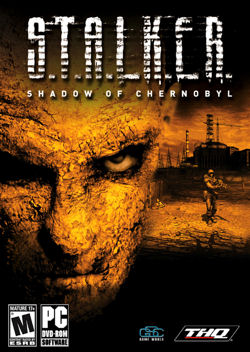 On the afternoon of April 12 in 2006, a massive explosion shattered the Chernobyl area. The Zone, as the area got to be known, was characterized by anomalous energy disturbances, rendering even the most advanced form of protective suits worthless to would be rescue teams. Months passed and nothing could be done. The military quarantined the area to prevent unauthorized entry and perhaps even reassure the local populace that the area was under control and confinement. Almost 4 years after the initial event, expeditions can now safely traverse several kilometers deep into the Zone. Among these are the Stalkers, poachers that enter the zone searching for artifacts and anomalous formations that are highly sought after by certain organizations and groups.
The player controls a Stalker, venturing into the Zone in order to acquire information, technology and artifacts to sell and possibly put a mysterious puzzle together. Avoiding the dangers within and the military because as a Stalker you are effectively a thief, and the army that has quarantined the area, don't take kindly to trespassers. Within the Zone you will have to detect and avoid the bizarre phenomenon's (anomalies) that plague the area, avoid or eliminate various kinds of mutants and you can even expect competition from other Stalkers.
- Gigantic game world of the Zone of 30 square kilometers.
- Free non-linear exploration with vast outdoor and indoor areas
- Constantly changing world of the Zone and unique life simulation system
- Unique types of weapons and enemy impact: gravitational weapons, psychotropic weapons, telekinesis, telepathy, taking under control
- About 30 types of weapons with weapon upgrades - optics or barrel-attached grenade launcher for your rifle to make it a super gun
- Strong non-linear story line with over 8 completely different endings
- Original creatures and their abilities: group intellect, telepathy, telekinesis with realistic communication with any sapient character
- Realistic AI and life simulation of game creatures and characters
- Trade of weapons, artifacts, equipment and control of vehicles
- Mind blowing graphics and weather effects powered by X-Ray engine
- Endless replay-ability owing to unique life simulation system

More About S.T.A.L.K.E.R.: Shadow of Chernobyl

The recent Ukrainian Revolution and the events that followed it changed the entire country, and with it the video game industry. The Ukrainian devs told us about the burning streets, evacuations, and financial losses, but also of a new chance to grow.

Stay out of my Zone, Stalker  the Chernobyl disaster in video games

Chernobyl, and specifically the so-called Zone surrounding the nuclear power plant where the incident took place on April 26, 1986, was a subject of numerous more or less believable narratives throughout the last 30 years, inspiring game devs as well.