Metalhead is another boss level in Spyro the Dragon. This time, Spyro will have to defeat a giant robot. The boss fight is described in a separate chapter.

To complete Metalhead in 100%, you have to do the following things: 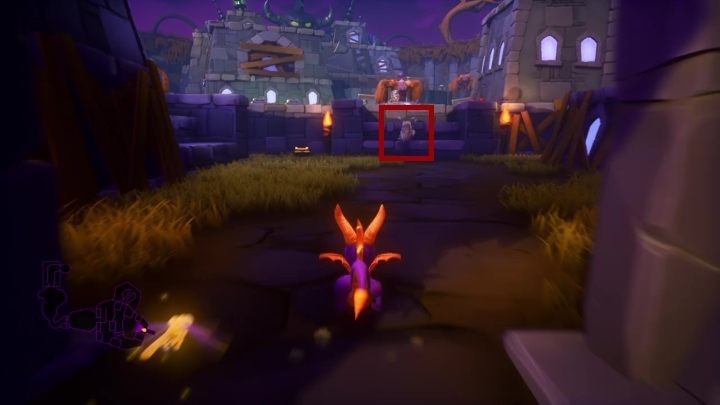 Defeat the enemies and then collect all crystals. Head towards the bridge. From here you can see a hole in the sewer's grate. You need to fly into that hole. Inside, you will find a lot of crystals and a key. 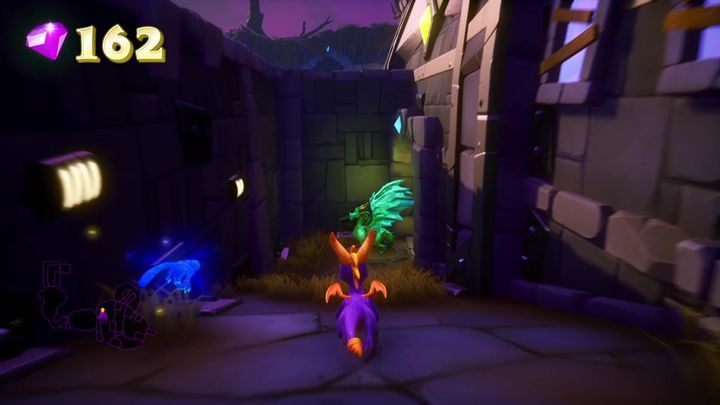 Leave the hole and reach a platform located on the upper level. Defeat more enemies. Avoid Strongarm's attacks and eliminate them. Collect more crystals and then go towards the decline. A crystalized dragon is at the end of it. Prepare for a two-phase boss fight with the Metalhead - the description of that fight is on a separate page. 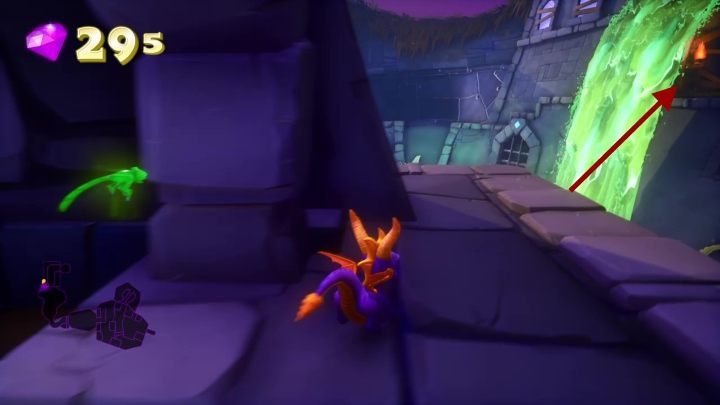 Once the boss is defeated, go to the next building - its gate has been opened after the boss fight. Spyro finds a teleport that can take him on ledges with a lot of crystals. Also, you can get on the ledge behind the waterfall by climbing on the rooftop. There, you will find more crystals and a chest that needs a key to open.