High Caves is a level in Magic Crafters in Spyro the Dragon. In this level, you need to be extremely careful, as there are many platforms from which it is easy to fall. Below you will find a detailed walkthrough of the level.

Completing High Caves in 100% will require you to complete the following things:

You begin the level on a small platform. There are two roads leading from it. One of them leads to a cave with a metalback spider. Leave that place for later. Head towards the ramp with fighting wizards. 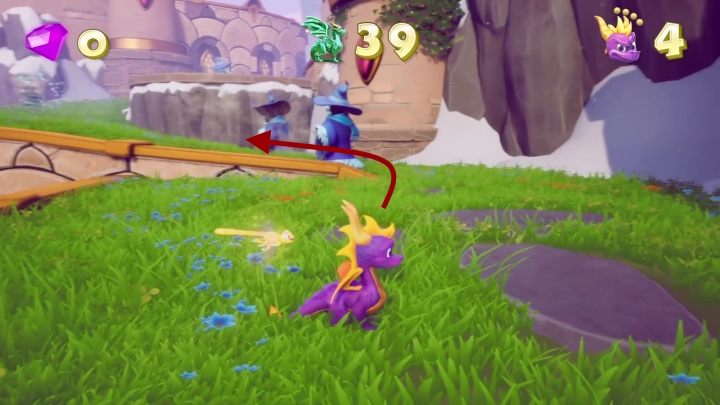 Both types of opponents are vulnerable to fire, so you shouldn't have any problems defeating them. The only problem will be tornadoes, the ones use by the sorcerer at the top of the ramp. You have to constantly avoid them to avoid damage.

At the top of the ramp, collect the crystals and take care of the next two wizards. Then you'll have to go up the next ramp. Watch out for the tornado that moves across it. Stay close to the wall, and you will be out its range. At the top you'll find a dragon and a wizard causing the tornado that made it so difficult for you to get here. 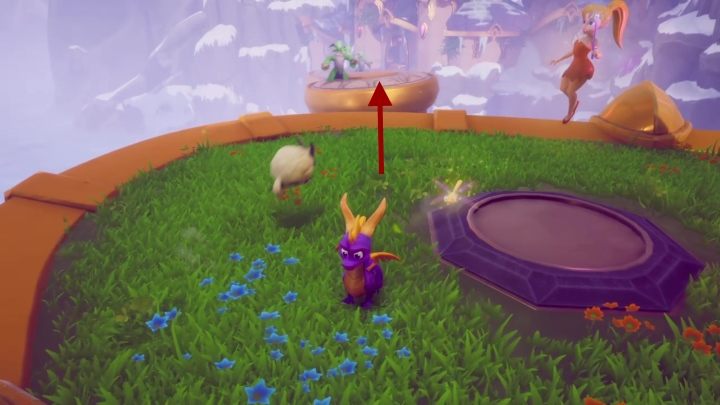 Having saved the dragon and neutralized the threat, you will have to jump on the moving platforms. You have to jump when the platform is perfectly in the middle of the pivot. This way you will jump on it when it is in its lowest position. Then get rid of the wizard. This will bring the platform back to its original position. Then repeat the same action with the next platform.

This will allow you to enter a small room, which in turn enables you to cross over to the other side of the mountain. You will then go out on a small rock shelf. Use it to reach the next platform. There you will find another dragon. A ramp has also been put at your disposal here. 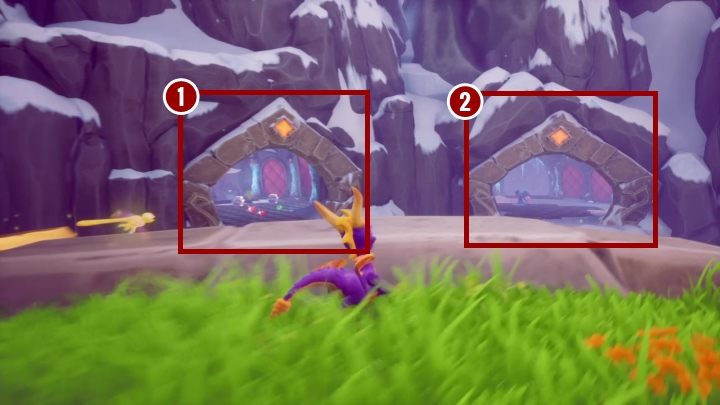 First, however, focus on the bridge located in front of the place that you came from. It will help you to get to three locations. One is located at the very end of the bridge. It contains chests with crystals. One of the two caves [1] hides more of the same, and you can reach it from the level of the bridge. In the second [2] cave you will find an egg thief, which you will have to catch. In this case you don't have to worry about falling. This area is guarded by fairies, who will save Spyro if he falls.

Then use the ramp to jump to the other side of the canyon. There you will land right next to the last dragon on this map. When the dragon is saved, collect the crystals from the cave and then jump to the next one.

Finally, jump to a nearby clearing. There you will find the second egg thief. The thief will run around a small pond, so be careful not to accidentally fall into it. 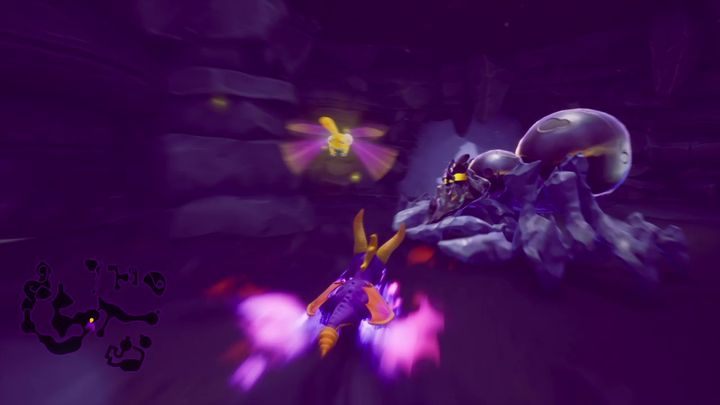 If you want to complete the level in 100%, you must also go to the cave with spiders. The second entrance to the cave is near the ramp. Gain speed on it and use it to kill spiders in the caves. Remember, however, that you can't hit any structural element, or you will then lose your momentum and will be unable to defeat the spiders.