Haunted Tomb is a level in Spyro: Year of the Dragon which belongs to the Midnight Mountain homeworld. The following chapter is dedicated to the Walkthrough of said level.

Reaching 100% completion on the Haunted Tomb level will require you to meet the following conditions:

Due to the presence of several characters on this level, the description of the play through has been divided into two parts.

You start the level in a small room. Collect all of the gems from it. You should also watch out for the Mummy Rhynocs that will be coming out of a sarcophagus. At this stage, you will not be able to destroy the sarcophagus. Press the button located on the floor and a door will open. 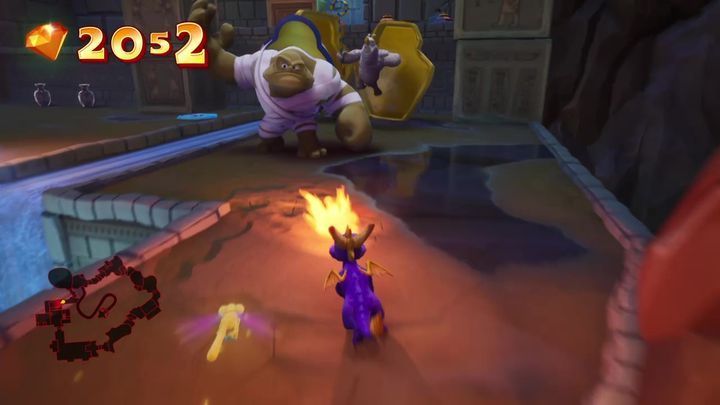 You will emerge in a sizable area. You will encounter the first Mummified Earthshaper here. It will throw explosive rocks at you. The only way to get rid of these enemies is to throw their rocks back at them. You can use the same rocks to break the sarcophagi. You will also have to eliminate two Jackals here. You can now turn onto the stairs. If you destroy the Earthshaper that is standing there, you will be able to jump to a platform with gems on it. 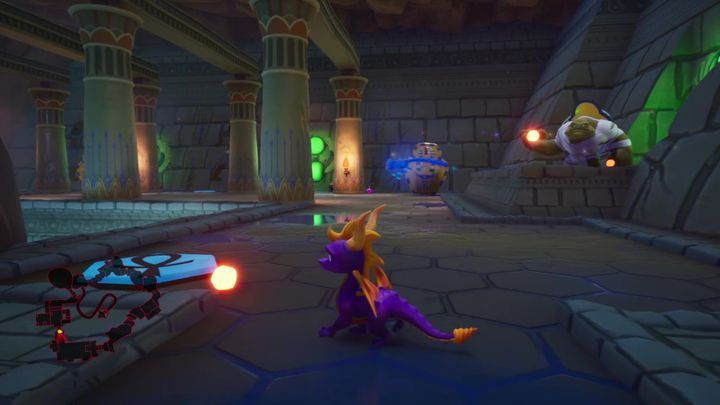 Afterwards, press a button located nearby and move on to the next chamber. Use the explosive rocks of the Earthshaper to destroy the sarcophagi, and then eliminate the giant. Collect all of the gems and move towards the next passage. This way, you will enter an area where stones are falling off of the ceiling. You will have to run through the room quickly in order to get to the next door. 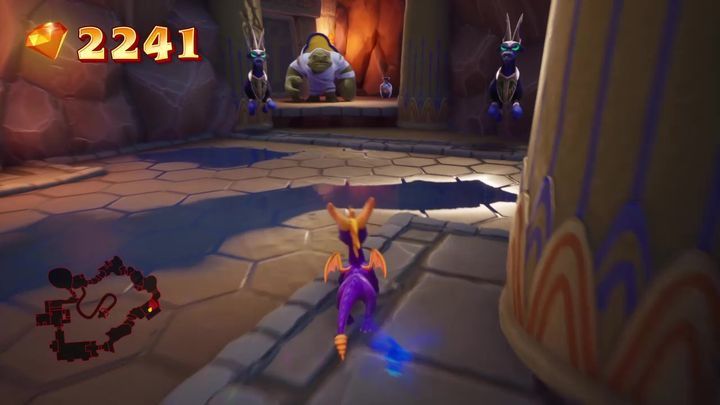 You will find a small room. Eliminate the enemies that are there and climb a ladder. You will find an egg there. The second door in the room is opened by a button located on the other side of the chamber. This means that you will have to hurry up.

You will enter another room with falling rocks. This time you will have to defeat an Earthshaper there and then stand on the rock adjacent to the one on which the giant stood. This way, you will open the next passage and proceed further into the level. 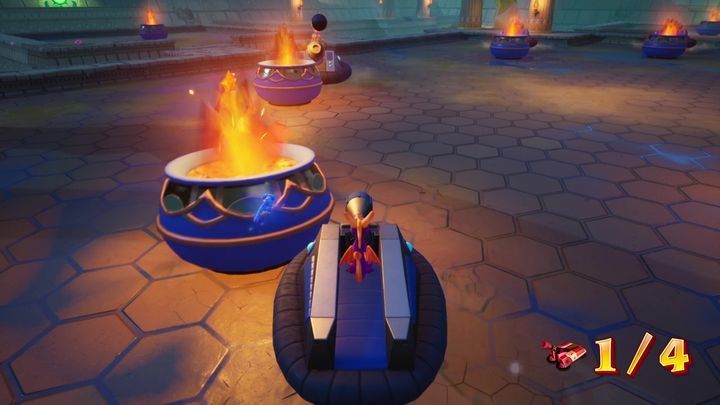 In this room, you will find a portal that will lead you to a Hovercraft arena. There you will be able to acquire two eggs here. All you have to do is defeat all of the opponents twice. Before you can achieve this, however, you will have to solve a riddle. The correct answer is "twelve years".

After leaving the arena, head towards the dog. Answer the riddle in the following way: "an egg", and in return, you will receive another egg. You will also find a portal nearby meant for Agent 9, and a ladder that will lead you to a cobra slide, at the bottom of which you will find the next egg. 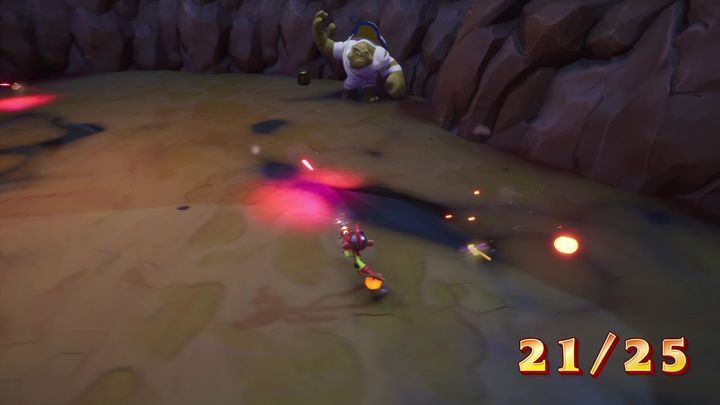 After going through the portal, you will have to solve yet another riddle. The correct answer is: "footprints". After that, you will be allowed into the arena. It has been divided into several smaller segments. In each of them, you will have to defeat a large number of enemies. All of them are susceptible to your laser weapon, except for the Earthshapers that appear in the later skirmishes. You must overcome them in the same fashion as in the earlier stages of the level.