Frozen Altars is the next level in Spyro: Year of the Dragon, which belongs to the Evening Lake homeworld. Below you will find the Walkthrough of this level.

Reaching 100% completion on the Frozen Altars level will require you to meet the following conditions:

Start the game by talking to the penguin. He will tell you about the defensive systems of the temple. Enter the building next to you in order to burn your enemies. At this stage, you will not be able to do accomplish this differently. Spyro can only freeze. 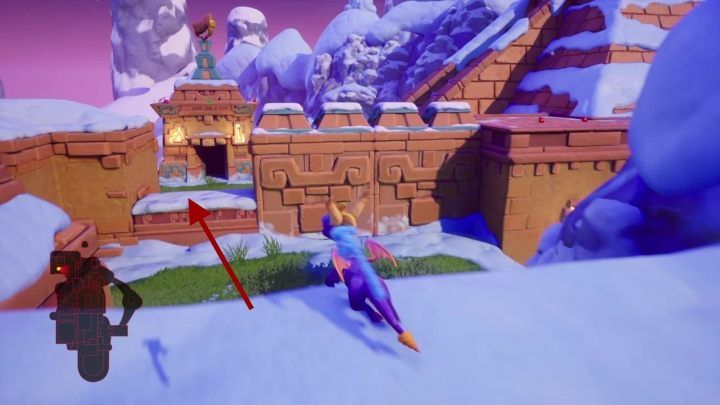 Go through the courtyard and up the stairs. Avoid the Rhynoc and jump in the direction of a hole in the wall. You will drop down next to a defense tower; enter it and eliminate the snowman. However, before you go any further, freeze the penguin that is standing nearby. He will serve you as a platform that will allow you to get to the temple stairs. You will jump from them to the defense tower, and from there to the islet with an egg on it. 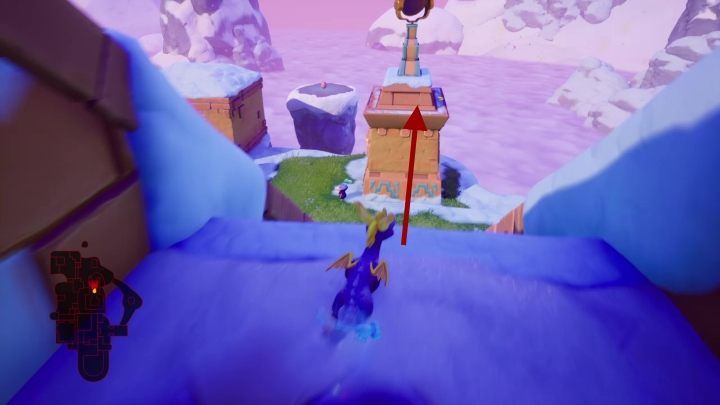 You can also use them to jump onto the roof located by the wall through which you have previously jumped. From there, you must jump over to a ledge located above the starting location, where you will find another egg.

Return through the hole in the wall to the second defense tower and this time go to the cave. Inside you will find a platform, to which you can get by freezing another penguin. There is a courtyard on the other side of the cave. 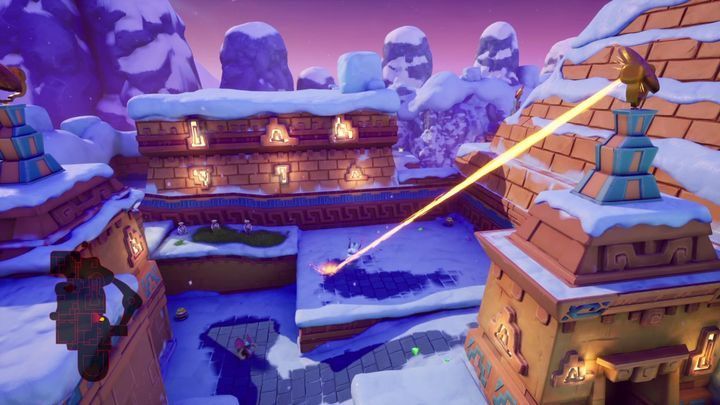 Enter the defense tower and eliminate all enemies within range. You will also find a portal here, meant for Bentley. Go further and you will come across another courtyard. Clear it of all enemies and collect the gems. After that, enter one of the buildings and you will receive another egg. 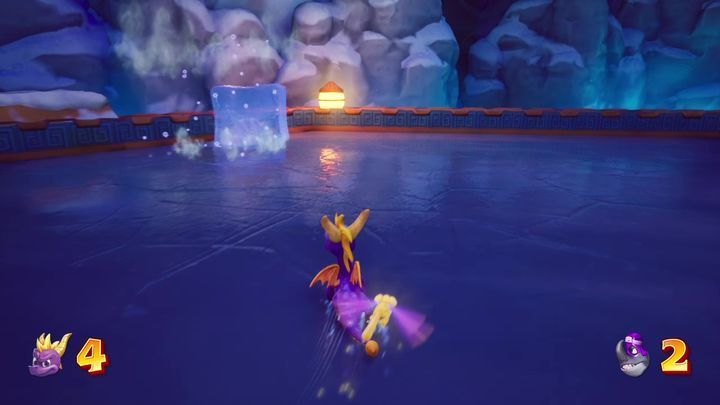 You will find Moneybags next to a penguin. Pay him and you will be able to play a match of cat hockey. You will have to push five cats into the goal before the opponent manages to do so. To move the cat, you must first freeze it. 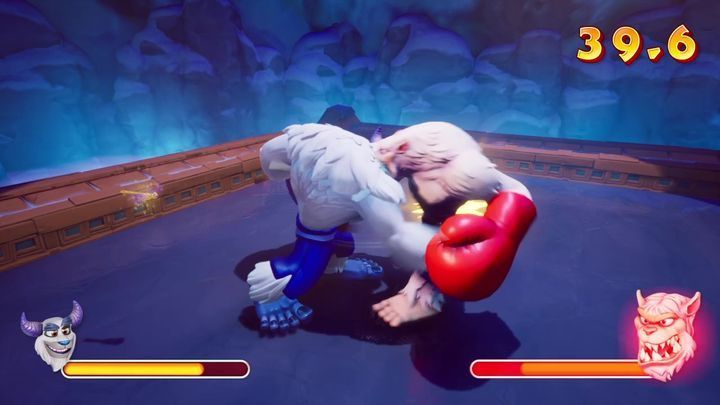 After passing through the portal, you will reach a boxing arena. You will have to fight two boxing matches in order to get two eggs. The first fight only has one round, while the second is divided into three. To defeat your opponent, be mindful of his stance. Strike low when he tries to block your blows.