Seashell Shore is the next level in Spyro: Year of the Dragon, where you will be controlling several characters. Below you will find the Walkthrough of this level.

Reaching 100% completion on the Seashell Shore level will require you to meet the following conditions:

You start the level underwater, near a broken submarine. Talk to the seal nearby. It will inform you about the situation that is taking place on this level. Dispose of the enemy units located here and collect all of the gems. Use your charge to break down the wooden barricade and swim further. 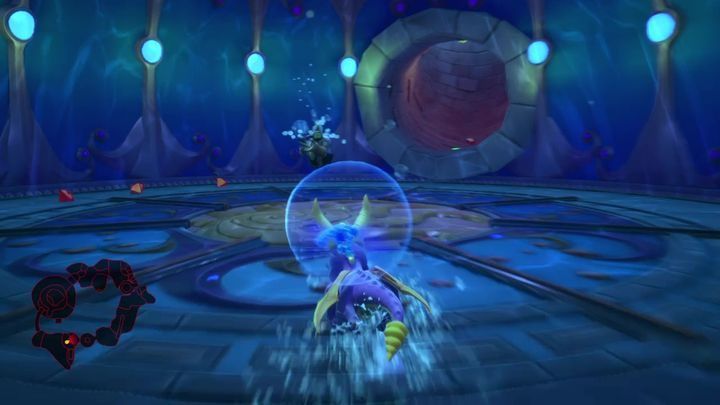 You will swim into the next chamber. You will find a tunnel there that you will have to use, however, you should first deal with the enemies and gems in your vicinity. Do not forget to search the offshoot of the chamber. The tunnel itself will lead you to the surface. In the beginning, eliminate the Rhynocs hiding under the shells. In some cases, you will have to attack them twice. 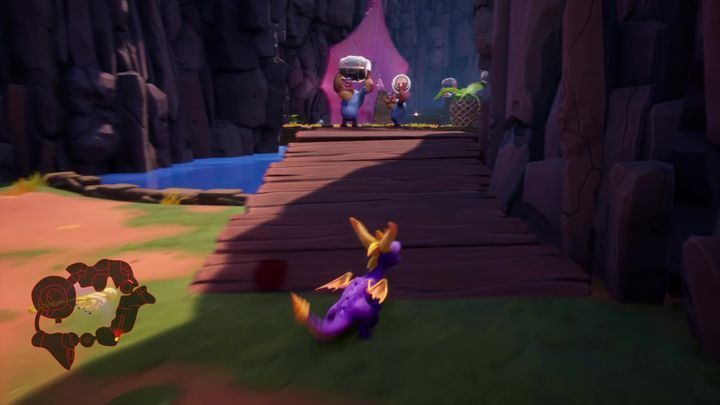 Afterwards, head towards the bridge but be sure not to step onto it. There is no way to dodge the barrels that are thrown by the Rhynoc there. You must attack him from the side of the water. Be sure to also dive into the water in order to find one of the eggs.

Use the bridge to get to the other side. You will have to eliminate two more Rhynocs there, and then collect the gems that they have been guarding. After that, use the charge attack to destroy the wooden barricade. This way, you will be able to reach the next location. You will have a choice of two paths there. 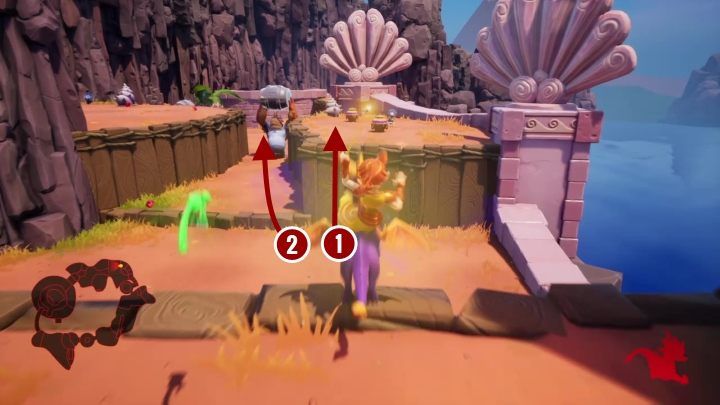 If you use the stairs next to the passage, you will jump onto the raised platforms [1]. You will find gems there, as well as a portal to the Rhynoc fortress. You can also use these stairs to get to the steps located opposite them. They lead to a platform where you can find more gems.

By going straight ahead [2] through the narrow passage between the platforms, you will hit a small lake. Jump into it. Eliminate the enemies that are there and collect the gems. Then head towards the giant shell. Destroy the wooden barricade that obstructs the entrance to it. Swim inside and eliminate the octopus which is attacking a seal. In return for the daring rescue, you will receive another egg.

You can now leave the shell and go to the portal. Once there, you will encounter another seal that will inform you that there is an egg at the end of a canal. Swim into said canal and avoid the naval mines while trying to get to the end of the tunnel. 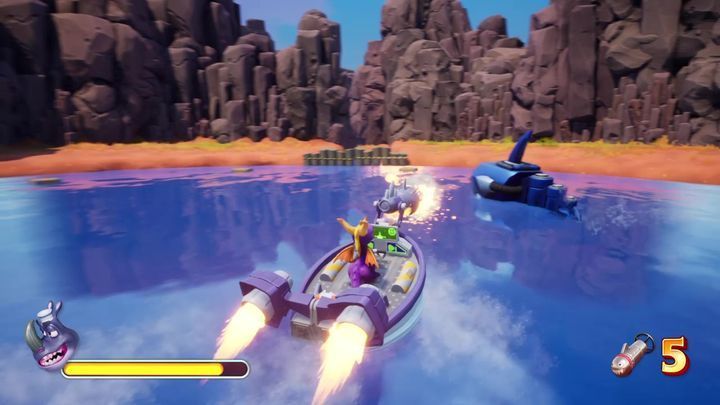 You can also float to the surface of the lake. There you will find another seal. It will ask you to get rid of a mechanical shark. Jump into a boat and head to the water tank with the shark. You have torpedoes at your disposal, however, only a limited amount. You can acquire more of them by picking up crates. You must constantly keep a distance between the boat and the shark so that it will not be able to hit you. In return for defeating the shark, you will receive another egg.

After passing through the portal, you will land in a small location. Go straight ahead. As soon as you get through the water, jump upwards and head towards the rocks. This way, you will discover a cave in which the next egg is located. 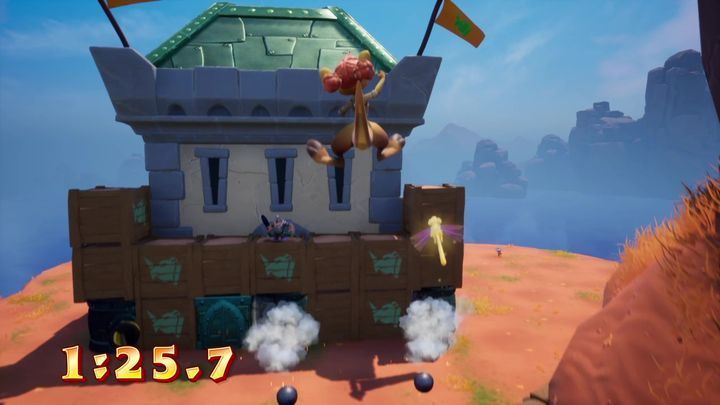 Afterwards, continue going straight forwards. You will reach a group of seals. They will ask you to destroy the cannons which guard the fortress. In order to destroy them, you will have to use one of the jump moves. Explosive boxes are extremely useful here. They will destroy a good number of nearby crates, which will allow you to get to the cannons quicker. You will receive an egg for completing this task.