Molten Crater is a level in Spyro: Year of the Dragon, which you cannot complete fully in just one attempt. In order to obtain all of the eggs and gems, you will have to recruit Sgt. Byrd. However, that is only possible in the second homeworld.

Reaching 100% completion on the Molten Crater level will require you to meet the following conditions:

The level begins in a sizable area. Eliminate the opponents located there. Warthogs can only be defeated by using the fire attack, while Rhynocs with shields require a charge attack. After dealing with the enemies and collecting all nearby gems, you can proceed in the direction of the passage. 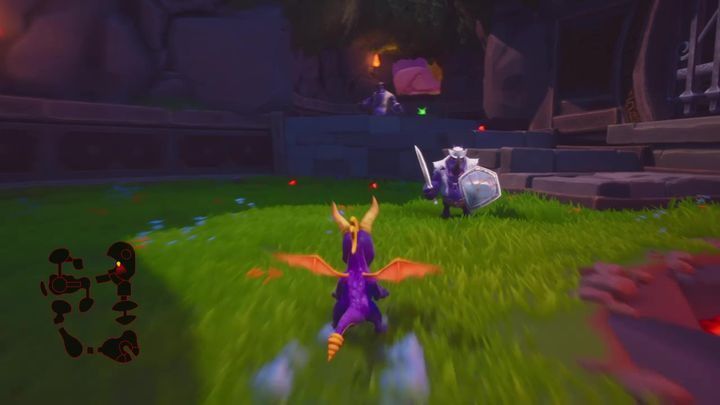 You will emerge in a clearing divided by streams of lava. You will encounter a new type of opponent here - the Bullwhip Rhynoc. Using your fire attack is the only way to vanquish this new foe. At the end of the glade, there is a very large rock. Go around it and you will find the first egg.

Next, head to the cave. It will lead you to another large clearing. You must be careful not to fall into the lava flowing through this area. After the elimination of all enemies that are located there, you can proceed to the central part of the area. There, you will find a statue that will offer you another egg. 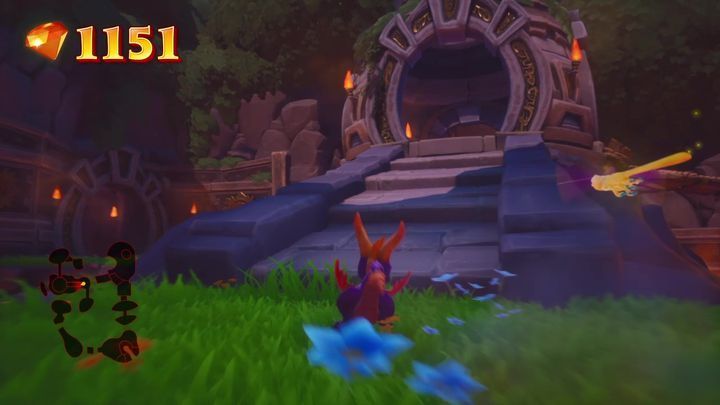 In addition, there are two portals which lead away from the glade. One of them is dedicated to Sgt. Byrd. The other you can use on your first approach, however, you must pay a fee to Moneybags for its use. 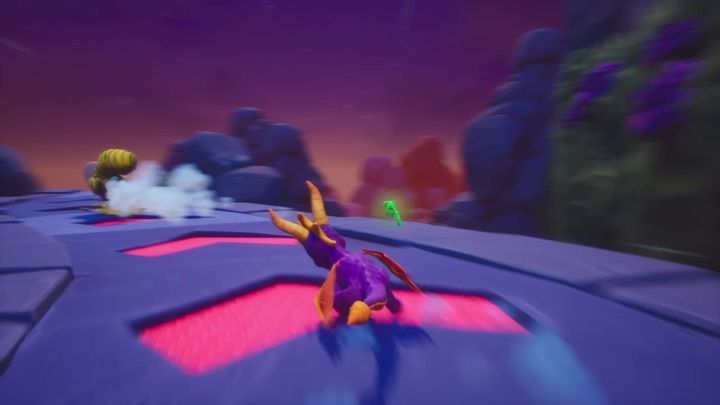 You will find two thieves in the next area, running along a specific route. The first time you will be running normally. On your second run, the boost pads will be active. In the latter case, you will have to be very careful in order not to fall off of the route. Finally, collect all of the gems that can be found here.

After recruiting Byrd, you can return to this stage and use the previously unavailable portal. You will be teleported to a chamber inside a volcano. You will be able to collect the final two eggs there. The first can be claimed by connecting heads to the statues. In each cave, you will find a head that you must connect to the relevant body in the main room. You have to be mindful of nearby fire traps - they can deal some serious damage to your character. The birds only interrupt your flight. 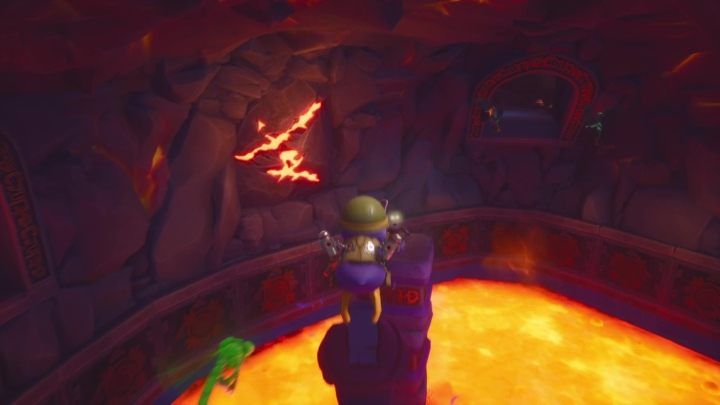 After connecting the heads to all of the statues, you will be asked to destroy some of the rock. Use your rocket launchers on the cracked wall in the main room. This way, you will uncover a chamber in which the final egg is located.