Sunny Villa is a level the entrance to which you will find as the first one in the game. However, it is best to hold up with completing it, as there is a sequence requiring you to control Sheila. If you do not want to complete this level twice, first make sure to collect 300 gems and complete the Sheila's Alp quest. This chapter includes a Walkthrough for this level.

Completing Sunny Villa in 100% required you to:

This Walkthrough has been divided into two parts due to the fact that you will play as two different characters during given sequences.

You begin this level by talking to the Councilor - he will ask you to save the Mayor. Collect the gems from the starting location and set off. You will reach a large courtyard with several Rhynocs. They pose no threat. In order to collect all crystals, however, requires you to eliminate them. Use any method to do that. 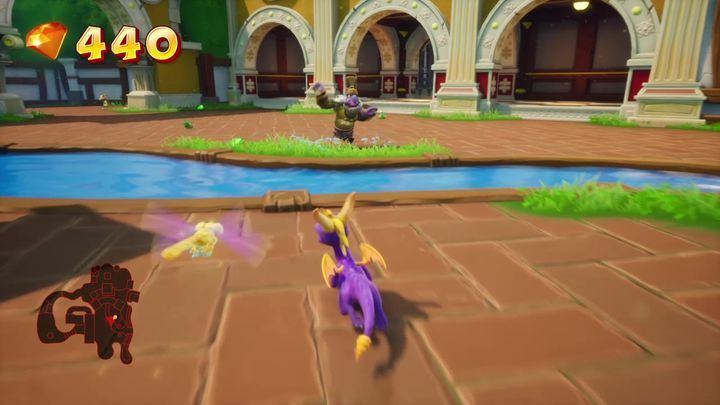 Collect remaining crystals. Next, head towards the stairs opposite the courtyard. Atop, more rhynocs are waiting for you. Defeat them with fire. Go around the buildings and defeat your opponents. Upon reaching the stairs, you will find an egg on the bottom step. 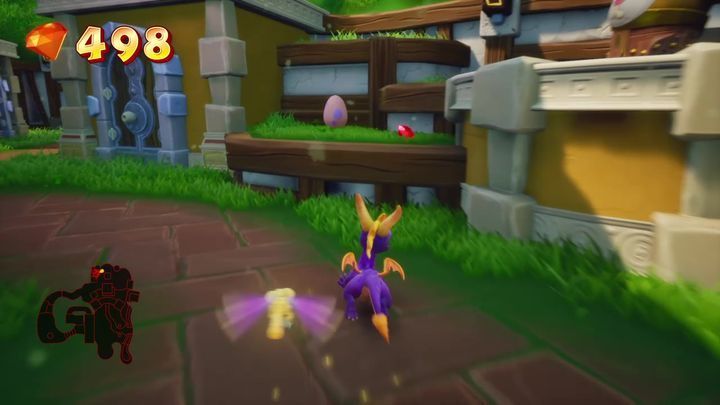 Defeat all rhynocs there and reach the roofs of the houses. Collect all gems. Head towards the building in the center. You will find a teleport there that will take you to a high ledge. From there, you can jump into two locations - the first one being the columns in front of the ledge. After reaching them, you will enter a small clearing with another egg. 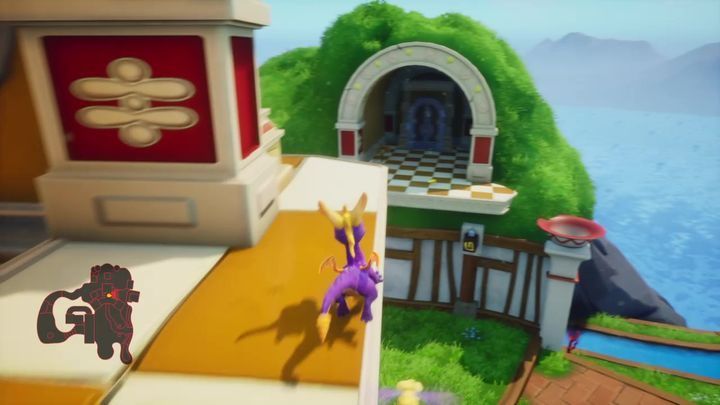 You can also jump into an alcove with a portal. You can use it only if you cooperate with Sheila. 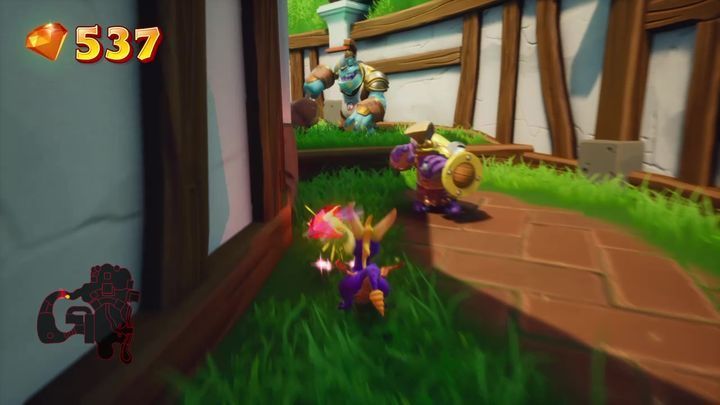 Upon returning to the village, head towards the platforms. There is a corridor next to them. It is a long road with a lot of rhynocs on them. It leads straight to the Mayor.

After talking to the Mayor, you will be able to go past him and continue along the corridor. This way you will reach a portal that will take you to the hunter. He will challenge you with to a skateboard duel. Your goal is to eliminate 15 lizards. 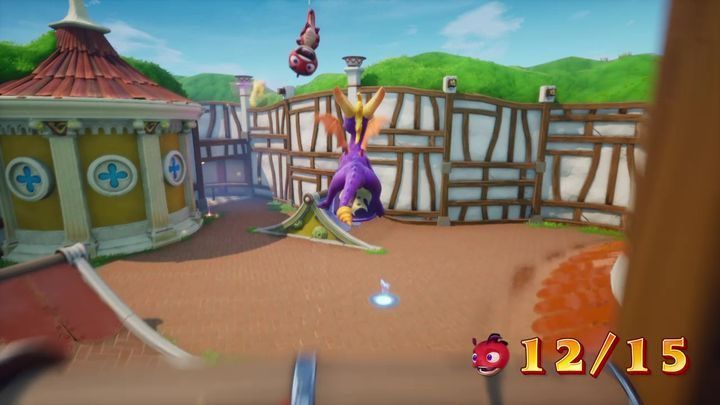 The first challenge features no limits. The second one, however, gives you 3 minutes and you cannot fall off the board. You activate the skateboard by going through the symbols across the map. You also have to learn how to use ramps. Each one ends with one of two colors. Blue ramps give you a bonus to speed. Red ones grant you jump bonus. You receive an egg for each challenge you complete.

If you use the portal in the alcove, you will automatically assume control over Sheila. You will land at the foot of the tower. You will be asked to rescue Rapunzel from Rhynocs. This level is a linear one. You just need to jump onto consecutive ledges one higher than the other. 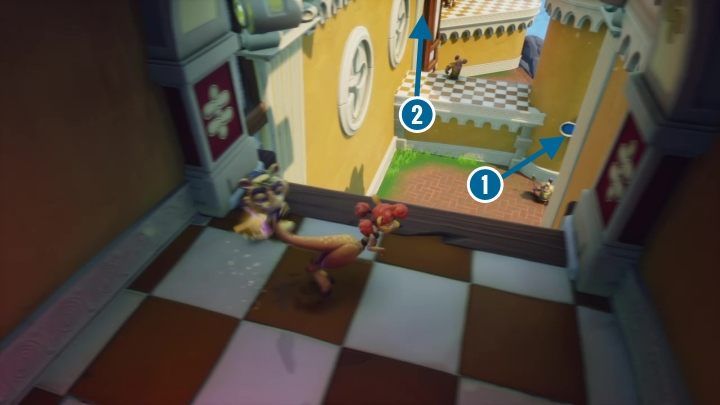 This is where you find two dead alleys - both at the start. One of them [1] is on the other side of the wall next to the starting location. The second chamber [2] is located over the first ledge you will jump onto.