In the following chapter, you will find instructions on how to defeat two bosses from Spyro: Year of the Dragon - Spike and Scorch.

Spike is the second boss that you will face in Spyro: Year of the Dragon. Spyro will fight him with the help of Sgt. Byrd.

In this fight you must be in constant motion, otherwise, you will be hit by one of the projectiles fired by Spike. The only moment when you can stop is when you are aiming at Spike with an explosive rock at your disposal. If you attempt to do this during a charge, you will not be able to hit the opponent. 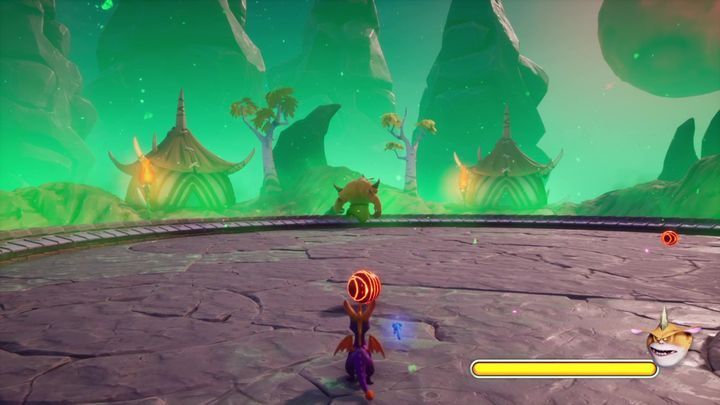 In the second part of the fight, you will not have to be constantly stopping, because you will be attacking with the help of an electric sphere. Spyro can grab these in relative peace and launch them at Spike when the opportunity arises. Additionally, red crystals will appear on the arena, which will allow Spyro to use his powered-up flame. While this power-up is active, you can deal damage to the boss with your fire attack. 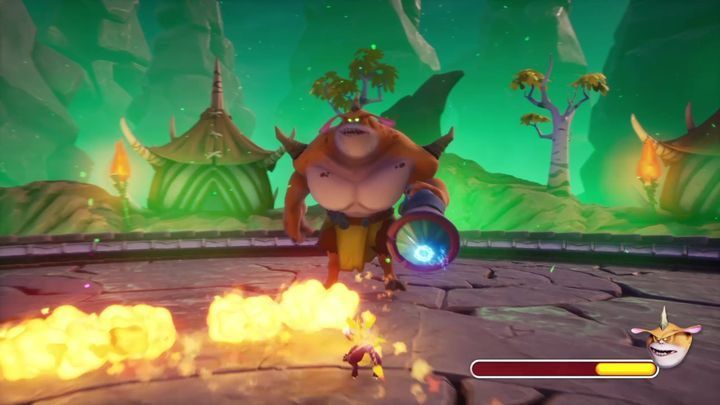 You must also remember that you will not be the only one that can use these orbs. Spike can also take hold of them. This will allow him to launch attacks that will be much harder to dodge. Therefore, always try to grab the spheres that are closest to him.

Scorch is the third boss in Spyro: Year of the Dragon. Strangely enough, the fight against him is much easier than the battles against the two previous bosses. 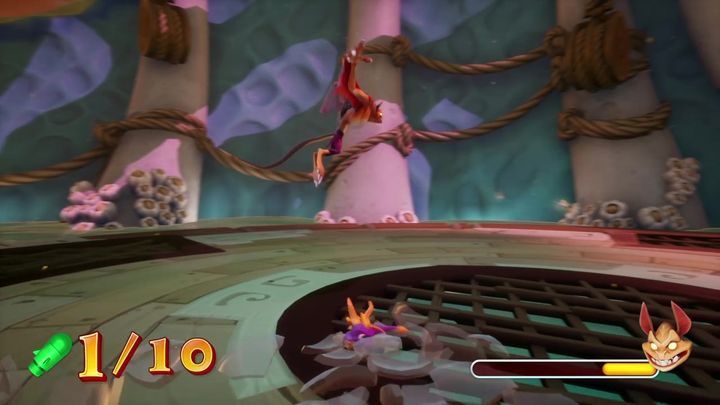 Special types of ammunition will appear on the arena, and you can use them to inflict damage to Scorch. There is quite a lot of ammo for you to use, so you should not be experiencing any deficits. You should only shoot at the boss when his shields are off. In the remaining time, deal with the other mobs that he will keep summoning. One of them will be quite similar to Buzz, and, just like the former boss, it will have to be pushed outside of the arena.