Buzz is the first boss that you will come up against in Spyro: Year of the Dragon. Sheila will aid you in this fight.

Your task is to push Buzz into the lava. Once he is in the lava, Sheila will execute an attack that will deal some actual damage to him. Your opponent will try to do exactly the same thing. Additionally, after each visit to the lava pool, Buzz will jump out while spinning like a wheel. You will have to use your sprint in order to avoid being trampled. 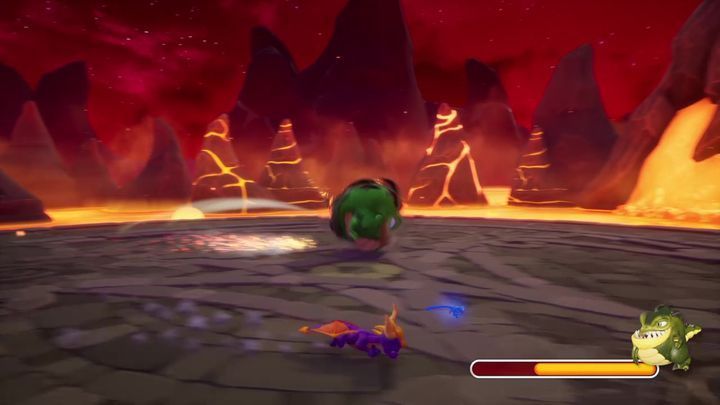 After several successful attacks on your part, Buzz will start creating rings of fire around him. He will do so when you try to approach him. You cannot jump over these obstacles. You have to wait for the circles to burn out and then push Buzz away. It can be a quite arduous ordeal. 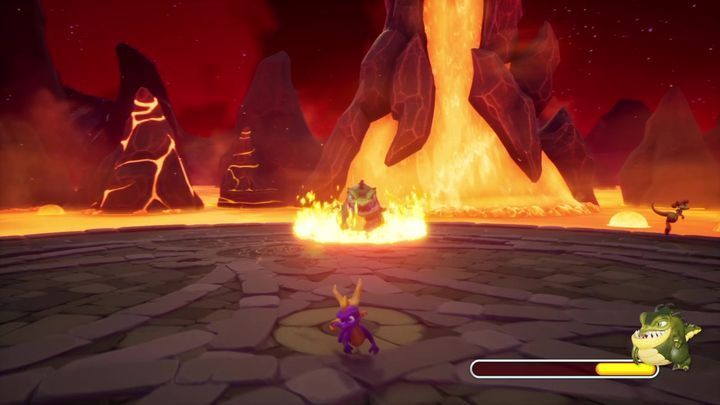 In the final stage of the fight, Buzz will also launch fiery missiles. You will then have to circle around the ring of fire, in order to avoid the projectiles. Pushing Buzz towards the lava will thus only be possible when he stops shooting, and when his fiery circle expires.

After winning the fight, you will receive another egg.