Sparx - Spyro's faithful dragonfly - has also received his own levels in Spyro: Year of the Dragon. You can reach them after defeating bosses assigned to the same homeworld as a given level. All of these levels are similar to each other.

In each of these levels, you can retrieve one egg from a boss-like character. You observe the action from a top-down perspective. Sparx moves across open locations connected with corridors. Some of them are closed which means you will need a key to open them. These keys can be found in one of the smaller corridors that are part of a larger one. 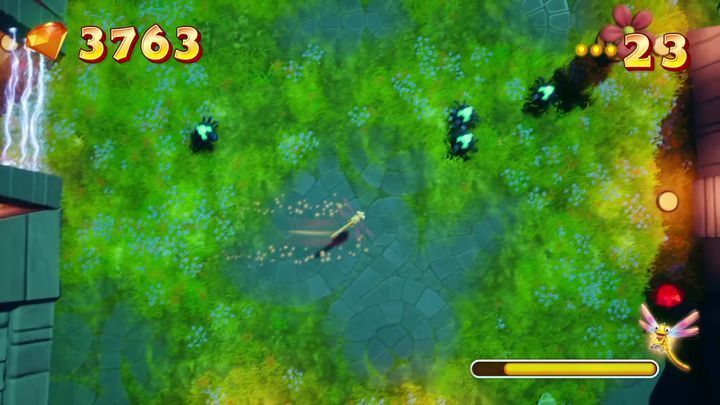 Of course, you are not alone in these locations - each one of them has a number of opponents. They are generated by objects scattered across the map. They will keep appearing until you destroy these objects.

Each location hides a number of upgrades that make the gameplay easier. They become available after eating a butterfly. This way, you can increase Sparx's health or receive ammo allowing him to fight more opponents.

Even though these levels seem monotonous and repetitive, it is worth to complete them in order to receive an additional bonus that makes gameplay easier. These levels are: