Spyro: Year of the Dragon features a number of improvements when compared to its predecessors. Additionally, most of the already known mechanics have been modified to some extent. This chapter consists of a number of tips that will help you familiarize yourself with the new mechanics. 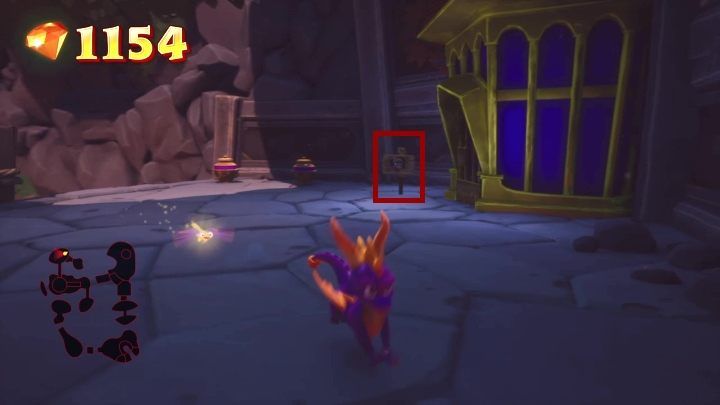 This is the most significant change. In Spyro: Year of the Dragon, you control more characters than just Spyro. These characters are unlocked with new levels. Some locations even have sequences dedicated to these characters. If you do not unlock them, you will not be able to complete these sequences. You learn which character is needed for a given sequence from the sign by the portal.

Locations are now more expanded. They no longer are one open area. From them, you can reach smaller locations via portals. In these locations, you can complete certain tasks that will lead you to an egg.

Not all locations can be completed in one go

A significant difference in comparison to the previous installments is the fact that you cannot complete some of the locations at the first attempt. These locations feature sequences that can be completed by characters that were not yet recruited to Spyro's crew.

Spyro: Year of the Dragon has the option to spend collected gems. This time around, it is much more emphasized. You can spend gems to activate parts of the environment, unlock portals, and unlock new allies. This is why it is important for you to collect gems.