Ripto is the final boss of Spyro 2 Ripto's Rage. This fight is the most challenging one out of all boss fights in the game. It consists of three stages. There are no checkpoints between them - if you lose, you will have to repeat the entire fight. Below you can find the description of the fight with Ripto.

You fight only with Ripto. His basic weapon is a wand that shoots fire. You can't damage Ripto by using any of the regular attacks. You can only stop him. 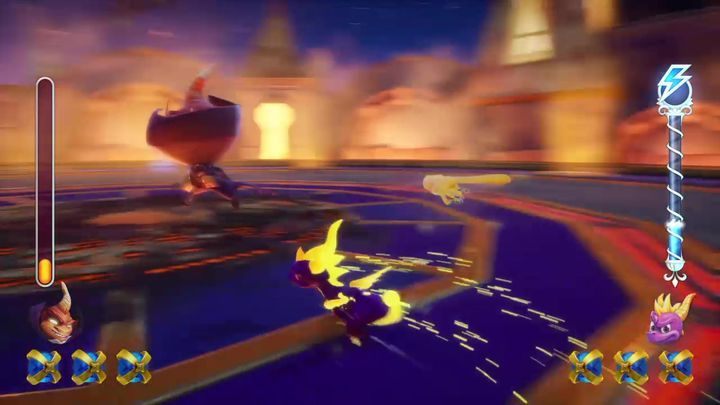 Collect three orbs to receive a specific powerup. After that, you will be able to damage Ripto. Depending on which orb you have swallowed last, you will gain the following ability:

These abilities stay active for a limited period of time. This means that you have to keep collecting the orbs. You can't let Ripto get them - the boss can use them in the same way as Spyro. If you see that Ripto is approaching an orb, try to be either faster or to slow him down.

The counter at the bottom of the screen informs you how many orbs you need to activate a powerup.

After the first stage, Ripto calls for Robot Gulp. This fight is much easier than the previous stage. This enemy can attack only at a very short distance. Just go around Robot Gulp and avoid his attacks to damage the boss. Move away from the boss only to get orbs. 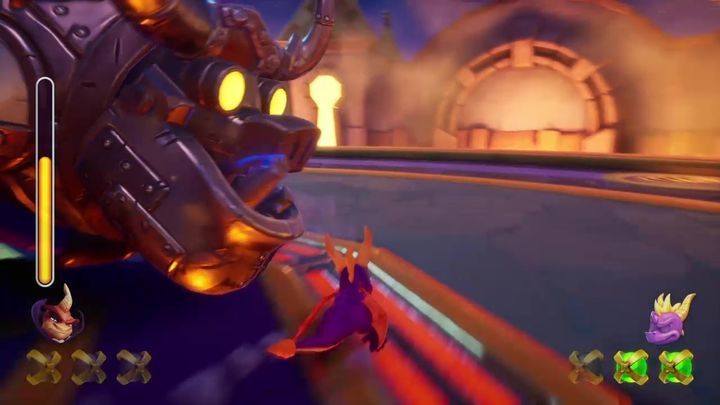 Attack Ripto once you get three orbs. Keep doing that until his health bar drops to zero. 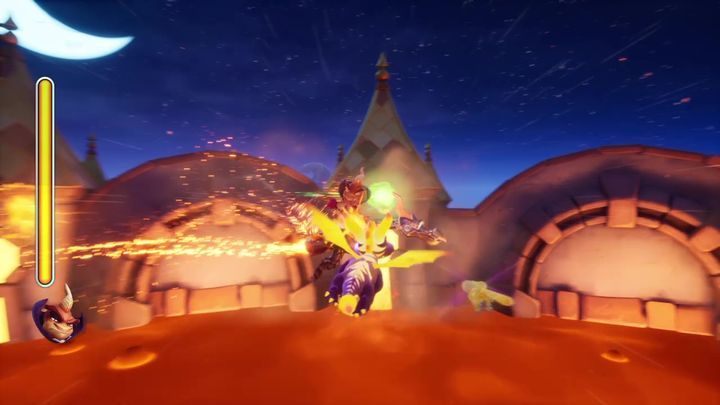 The last stage is the easiest out of the three. Spyro receives permanent Superflame Powerup. Just keep shooting at Ripto and avoid his attacks.