Gulp is the second boss you'll have to face in Spyro 2 Ripto's Rage. This time, however, the fight will be much more difficult.

Gulp is an opponent who is not affected by any of the attacks that Spyro can perform. That's why you have to rely on what the pterodactyls will bring you. These can be barrels, rockets, bombs or hens. You can attack Gulp with the first three and the fourth one is used to regenerate your health. Each successful attack takes one dot from the enemy health bar. 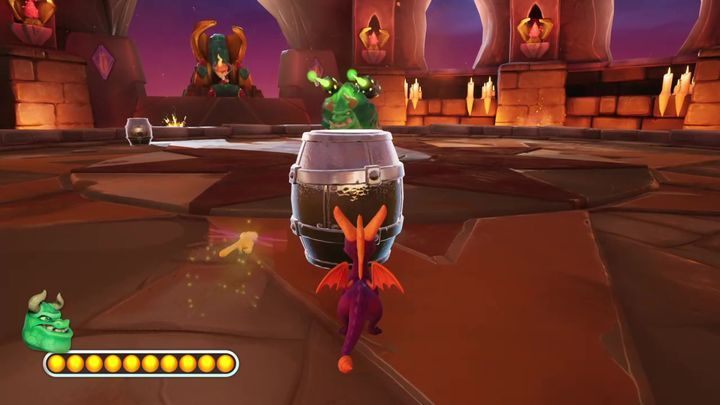 Of course, Gulp will constantly launch counterattacks. He can catch up with you and crush you with his body. However, a much more frequent attack is cannon fire. It increases with the progress of the fight. The projectiles have a large area of effect, so escaping to the side will do nothing. You have to move diagonally. In addition, change direction between shots so that the projectiles don't go in your direction. 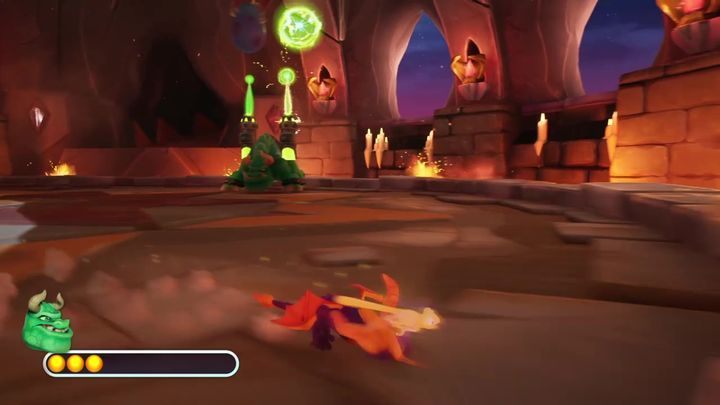 Note that Gulp can also use the resources that were dropped by the pterodactyls. So he can use the weapons against you. As soon as you see that he is trying to take over one of the drops, head towards him as soon as possible. You can also use another elements that lie nearby. After taking some damage, Gulp jumps up and destroys all items in the arena. As a result, the object he wanted to use will cease to exist.

The fight continues until you deplete Gulp's health bar. You must be careful not let him get to the hens. If he eats one, he will regain some of his health and the fight will be prolonged.