Sunny Beach is a Summer Forest level in Spyro 2 Ripto's Rage. This level is an escort mission. Below you will find the walkthrough for this level.

To complete Sunny Beach in 100%, you have to do the following things:

You will start the level in a small cave. Talk to the turtle standing there. He will ask you to transport three small turtles through this level. So you have to keep paving the way for them. The fact that they are not attacked is a big help. 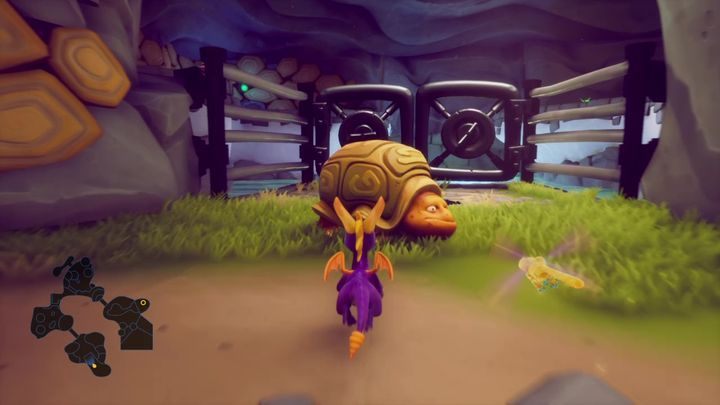 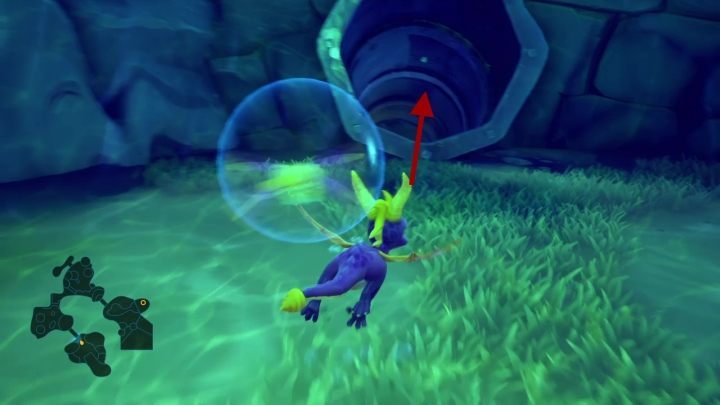 Now you can proceed. You will get out near quite a large concentration of enemies. All of them are sensitive to fire. You just need to remember that enemies wearing rubber wheels must be attacked twice. After the battle, collect all the crystals. Some of them will only be available after you unlock your climbing ability. 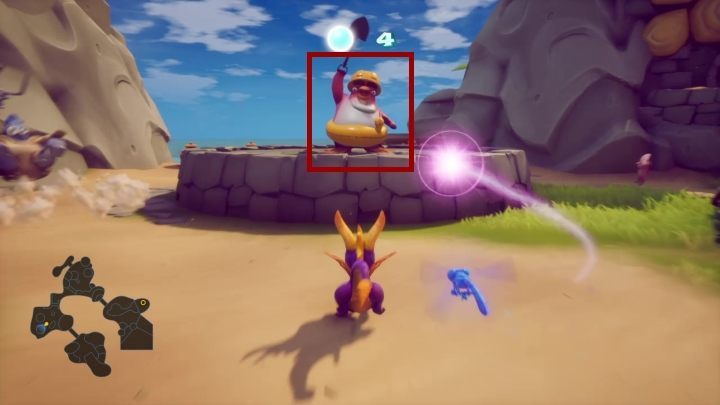 Then breathe fire on the turtle. It will open another gate. In the area you will find a superflame gate that you will need for one of your challenges. You will also find stairs there. Go up the stairs and you'll find yourself in a small water tank. Eliminate the enemies there and swim through the next tunnel. 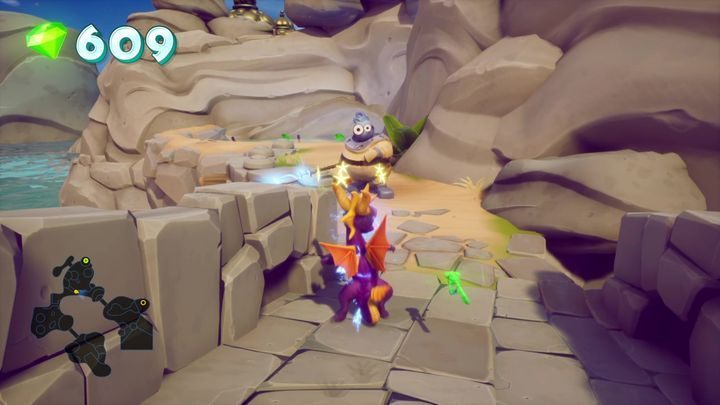 You will sail out in something that resembles a stone arena. Breathe fire several times in the turtle there, so that it stands on the pressure plate. This way you can get the turtles to their destination.

After activating the superflame gate, you will be asked to destroy 7 sturdy boxes with small turtles. Due to their large dispersion, you will have to return to the gate several times. The location of the boxes is as follows: 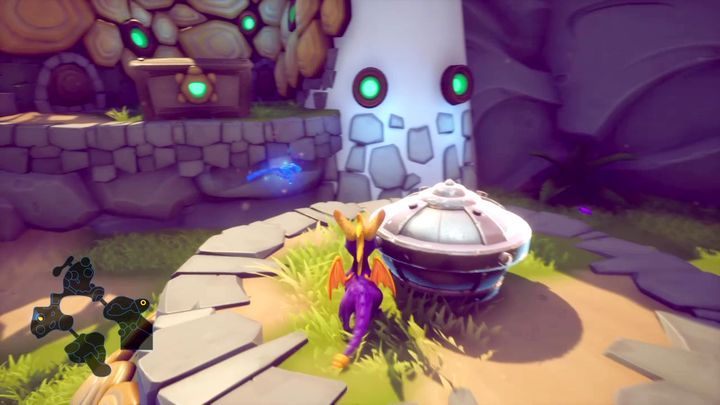 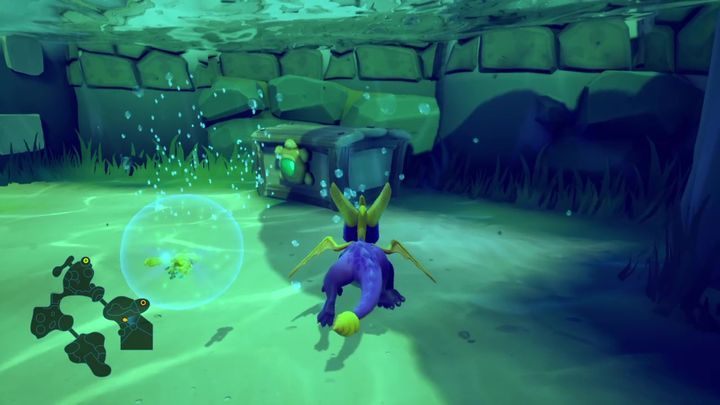 As both tasks are very similar, they have been described together. They differ only in the level of difficulty.

Once you have learned to climb, you can return to Sunny Beach. You will find a ladder in the stone arena. It will lead you to the cook. He will ask you twice to protect his cauldron from turtles. 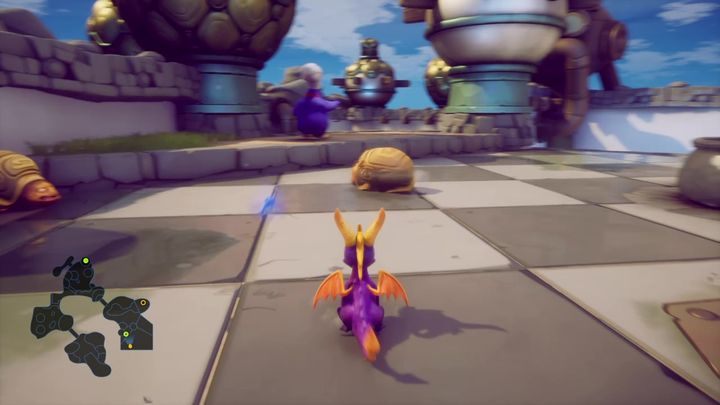 In these challenges, you will have to push the turtles into the water before they jump into the cauldron. Hit them with the charge. This way the turtles will move away very quickly. If you use fire, they will turn around after a short moment, and even if you can handle the first task in this way, it will be practically impossible in the second task.

After all the turtles have been thrown into the water, jump in after them to collect the rest of the crystals.