Twilight Harbour is the last level you will encounter in Spyro the Dragon before you fight the final boss. The following section contains a walkthrough of this level.

The following conditions must be met to complete the Twilight Harbour level:

This level is extremely linear. There are practically no additional roads or branches in it. Although - at this stage you have to be extremely careful, because the risk of falling into the water is high. 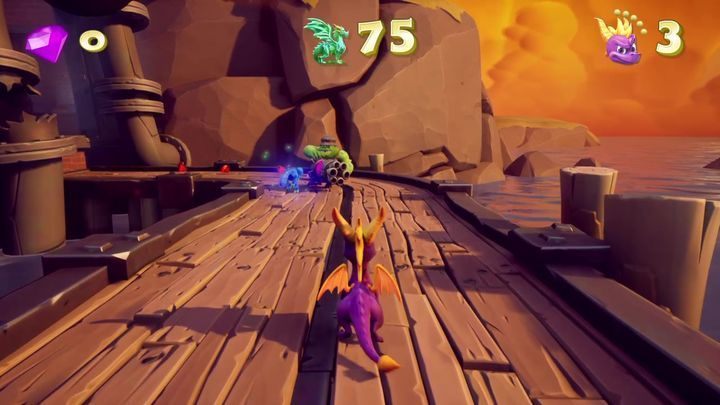 You start on a small bridge. You'll be attacked immediately by a troll holding something like a machine gun. This weapon fires pink balls. In addition to the damage, it also causes the Spyro to be thrown back, and in case of such a narrow space, it may end the game.

Going further you will find yourself in a room with holes leading to lava. There you will find two trolls with weapons. One in the central part and another in the recess to the right, where life is located. If you don't dodge, you'll be pushed into the lava very quickly. On the other side there is an ogre throwing explosive barrels at you. You must attack him while he throws the barrels in other direction than yours. Finally, collect the crystals and use a teleport to get to a higher level. 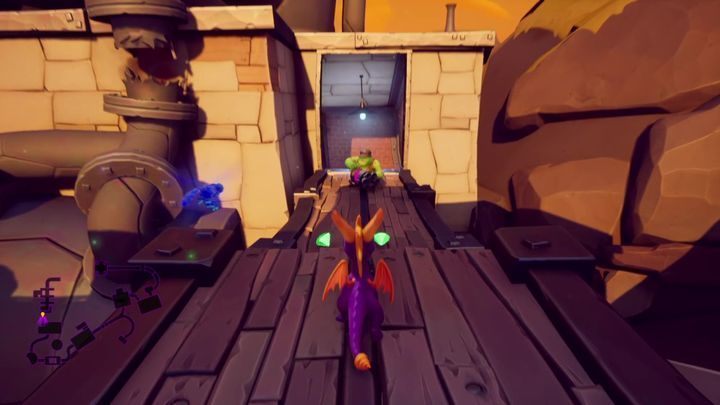 There you'll find a troll with weapons right away. Eliminate it and go to the next room. There you will find a new type of opponent. This is also a troll with a weapon. This time he shoots a series of bullets in a specific area. You can get closer to him as soon as you've passed the ray of area of effect attack. 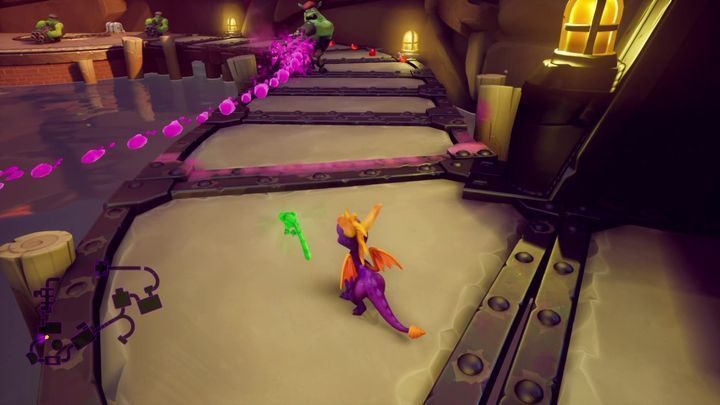 Then you will be able to get on the next platform. You'll find three trolls, two with normal weapons and one who shoots in series. Here you have to be extremely careful in dodging. Otherwise you will fall into the water. At the end of the platform there is the first dragon that has to be saved. Going further you will come across two trolls and an ogre. Choose the road to the left so that you don't get any damage from the dynamite. Eliminate all enemies and return to collect crystals. 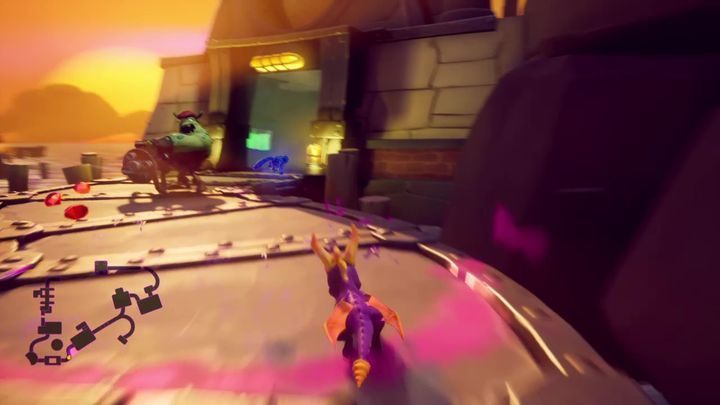 Then you will go to the pump room. Here you will find one troll and an ogre. Due to the fact that you can't fall into the water here, the fight is much easier. Collect all the crystals.

Going straight ahead you will find the second dragon that has to be saved. Here you will find the only crossroads on the whole level. Going to the right you will find additional life and crystals. There's also a ramp that allows you to jump onto a round platform near the first dragon.

Going left you will find another room with three trolls. One of them shoots in series. Defeat them, collect the crystals and go to the platform on the other side of the building. Then, move on to the next building. The entrance to it is guarded by an ogre. Wait for the ogre to throw barrels in the opposite direction and jump on the platform to eliminate him. 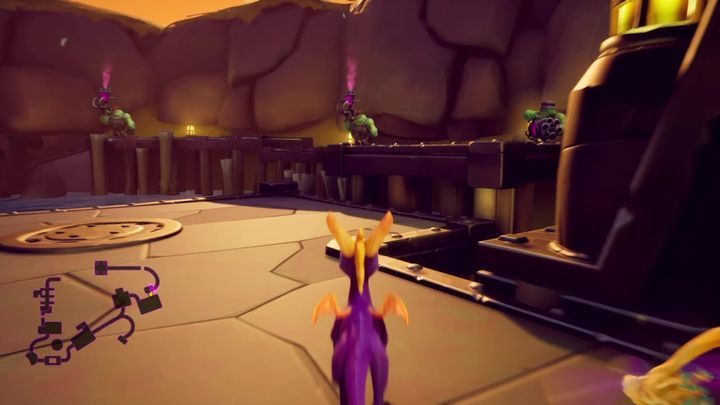 Now you have a very difficult sequence ahead of you. As long as you shouldn't have a problem with trolls in narrow spaces - it can get difficult to jump between platforms. Next to the border of the platform you are jumping on there are two trolls. You have to land when they don't shoot and get rid of them as soon as possible. This way you won't fall into the water in case of a hit.

Now all you have to do is jump to the platform at the end of the level.