Lofty Castle is the level of Spyro the Dragon, in which a unique mechanics has been implemented.

To complete the Castle Lofty level, you will have to meet the following conditions:

The whole level consists of a large number of islets. You start on one of them. Collect the crystals and jump to the next island. Use fire to defeat the puffer from the islet. 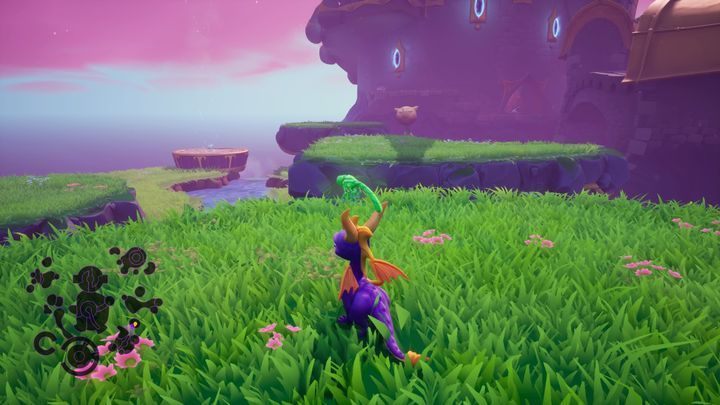 On this island you will find a teleport. It will take you to a higher platform. A troll will fly next to it. In order to eliminate it you have to destroy its balloon. Then turn right and jump to the next island. 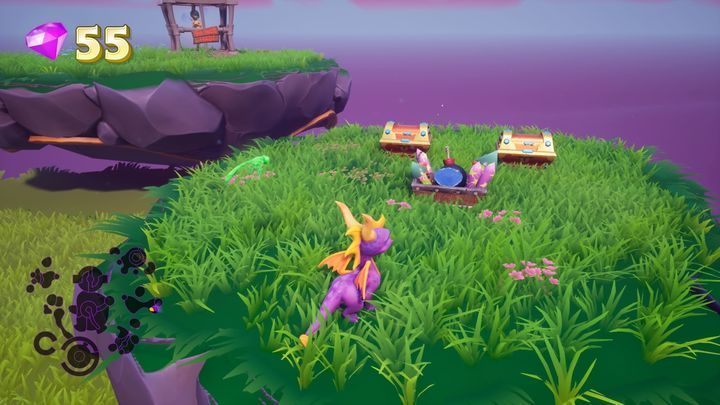 Jump through more islands until you reach an islet where you will find a fairy closed in a cage. Eliminate the puffer birds and release the fairy. You have to release two more fairies. This will open the teleport to higher levels. Head towards the platform on which the explosive box is located. You will be able to jump from it to the platform where the next fairy is located. From this platform you will cross over to the left. You will get there to the next platform with the third fairy. 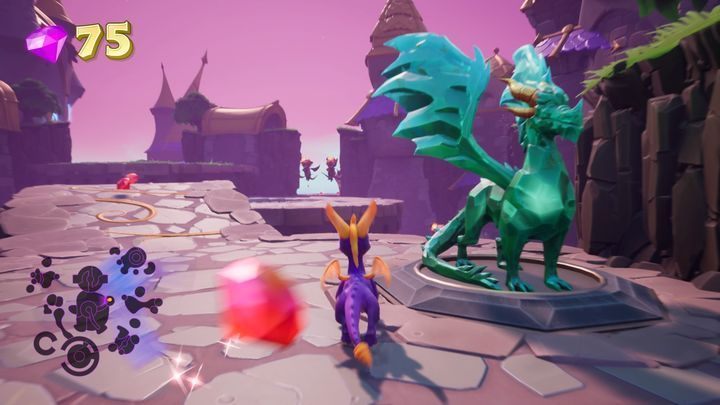 Now you can go back to the platform where you found your first fairy. There will be an active teleport, which allows you to enter a large stone courtyard. There you will find the first dragon to save. Going further down the courtyard you will come across two devils. Eliminate them with fire.

To collect the crystals, jump down from it. You will have to defeat another devil there. Once all the crystals have been collected and your enemies eliminated, free the fairies from their cages. This way you will launch a teleport that will allow you to go back to the top. 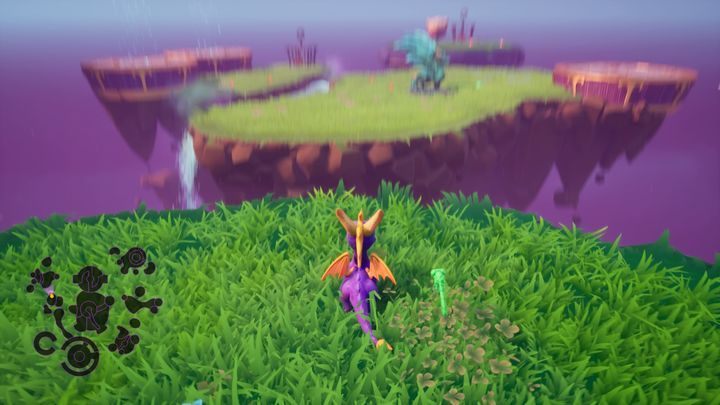 Then go to the exit on the other side of the courtyard than the dragon. There you will find two roads. Going right you will jump on the platforms until you reach the next dragon that has to be saved. You can get out of this place using the nearby teleports. Don't forget to release the fairies - after that, a teleport will open up for you at the end of the stage. Also watch out for trolls hanging on balloons.

Then head towards the castle. On the connecting path to the other platforms you will find four puffers and the devil. Beat them all with one sprint. Then use the teleport and climb the upper part of the tower. Jump from there and systematically kill trolls and release fairies. 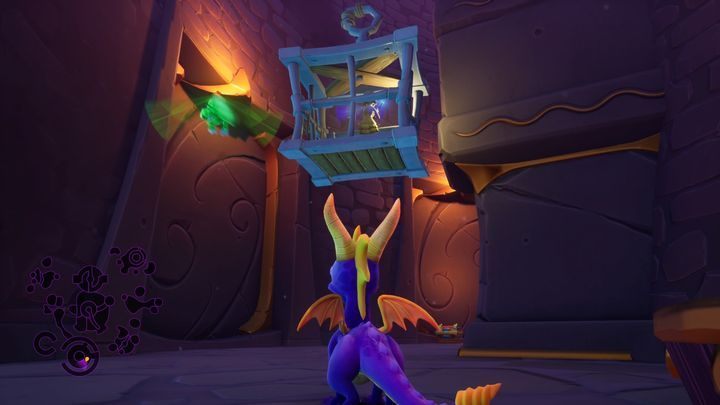 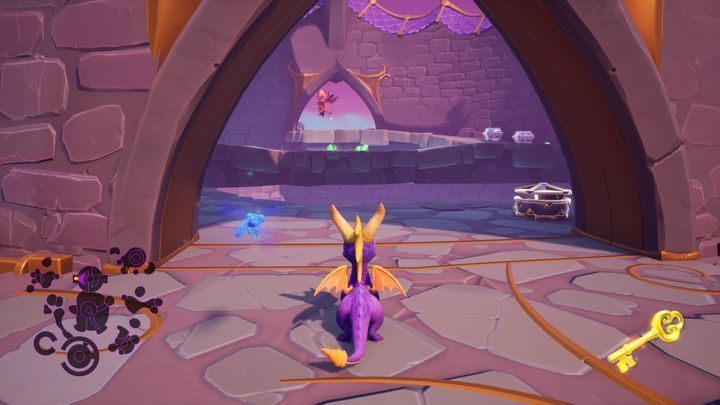 Use the teleport, that has been opened by the fairies, to the balcony from which the zigzagging path departs. Walk there and you'll find yourself in a place from where you can jump to the last cluster of platforms. Jump over it avoiding levitating trolls. Then use the teleports to free the fairies. This way you will unlock the last teleport, which takes you to the end of the level.