Haunted Towers is a stage in Spyro the Dragon, which is relatively short compared to most stages in the game. The following chapter is a walkthrough of that level.

Completing the Haunted Towers level, theoretically requires the following conditions to be met:

The level starts on a small balcony. You'll find the remnants of your new opponent, a lead soldier. At this stage you will not be able to do anything about him. Instead, you have to use a charge to break the door. 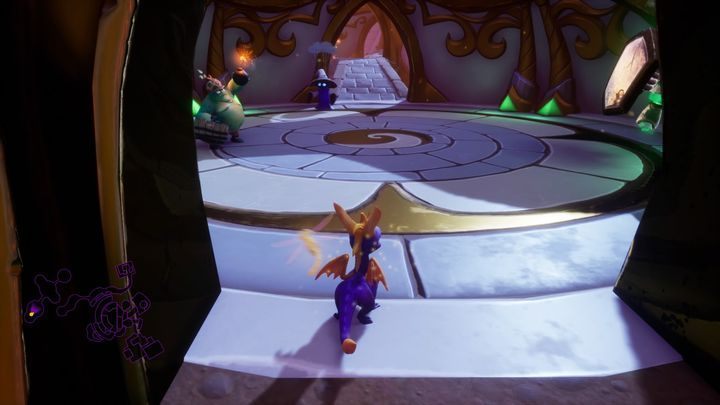 You get to a small courtyard. You'll find two lead soldiers, a troll that throws bombs at you and a wizard. In front of you there is a fairy. Her kiss will increase the firepower of your attack.

At this point you can destroy the leaded soldiers. Of course, the ability is limited in time, so you have to hurry up. By the way, go back to the starting point and smash the inactive leaded soldier. You will receive some crystals for this. 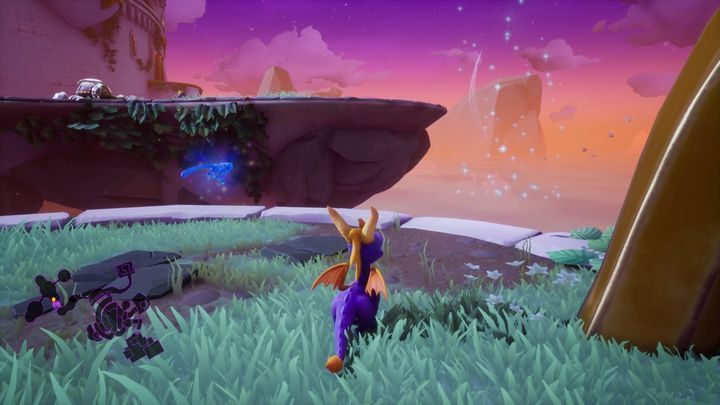 Then go back to the place where, apart from the soldier, there was also a sorcerer. There is a teleport, which allows you to get to a higher platform. There you will find more lead soldiers and a wizard. There you will also find the first dragon to save. 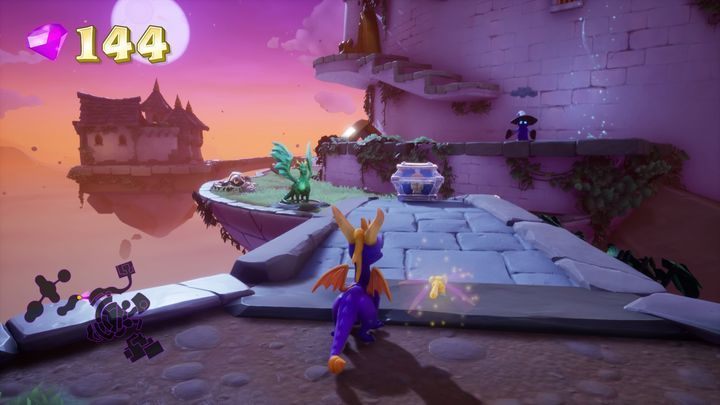 Fairies that aid you in killing dragons can be found in several places. In addition to the one that resides at the beginning of this level, you will also find one in the castle to the left of the path. This is a more convenient option because it gives you quick access to all of them. 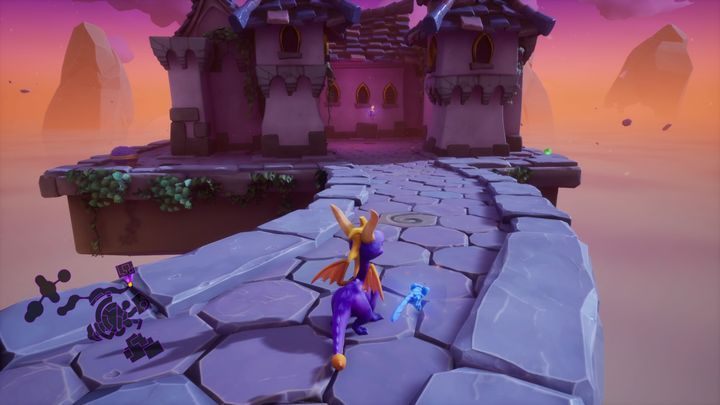 From the path there is also a road to the tower. At the very beginning you will find a ramp there, which will allow you to rush and destroy the steel door. You will enter a room with several doors. Some of them are made of wood, so you can destroy them with a charge. There is another fairy in one of them, which will give you the power of a turbo fire. This way you will destroy the remaining gates. 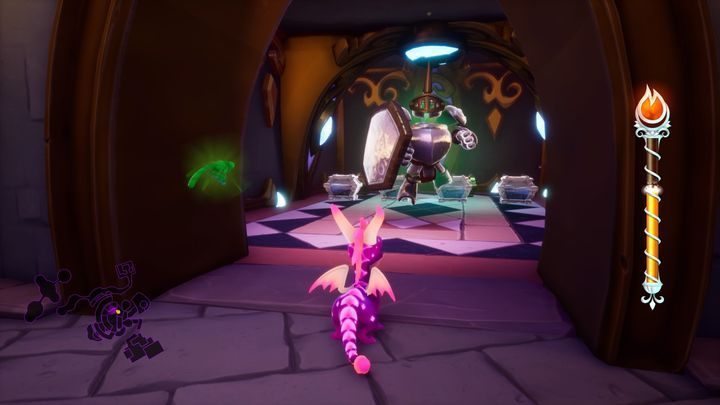 In the following rooms you will find a lead soldier guarding a large number of crystals, a dragon to save and two passages. The path that is closer to the dragon will allow you to get to the top shelf. To do this, you have to rush on the ramp. Then jump out of the rocky shelf and fly to the road through which you entered the castle. You will be able to use it as a springboard on a hidden shelf. There you will find the last dragon that has to be saved. 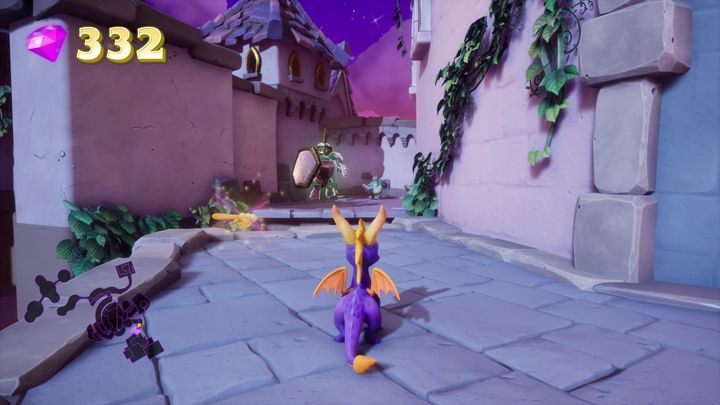 The second passage leads to the end of the level. You'll find the last lead soldiers and trolls throwing bombs to defeat and the last bunch of crystals to be collected.