The Dark Passage is one of the longer levels in Spyro the Dragon. You will travel through a large number of narrow corridors. The following chapter is a walkthrough of that level.

Finishing the level in 100% will require you to meet the following conditions:

In this level you will have to be ready for many fights. Here you will have to face a significant number of different types of opponents. It is safest to attack with fire at this stage. Most of the enemies you meet are sensitive to it, no matter what form they're in.

Already at the beginning of the level you have to fight with a dog and an armored turtle. A lighthouse keeper is sauntering near them. If its lamp is off, your opponents have their big form. In the case of a turtle, this makes it unbeatable. You have to wait until the keeper lights the lamp, or attack it. At this point, you can finish the turtle with a charge. 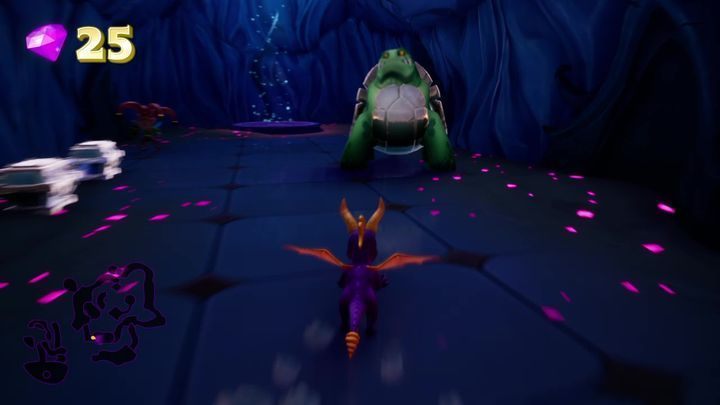 From the battlefield there is a road to the left. Follow it to the chamber with a teleport. You will have the same situation there as before. Winning this fight will therefore require a lit lamp. After the fight, collect all the crystals and use the teleport. It will take you to a higher level, right next to the first dragon to be rescued.

Going further straight ahead you will come across a flying devil. You will have to liquidate it with fire. You can also find three more lanterns. Only dogs are subject to the first two. So you can easily eliminate their large form. Fire is enough to do this. Only the third one also controls the turtle. 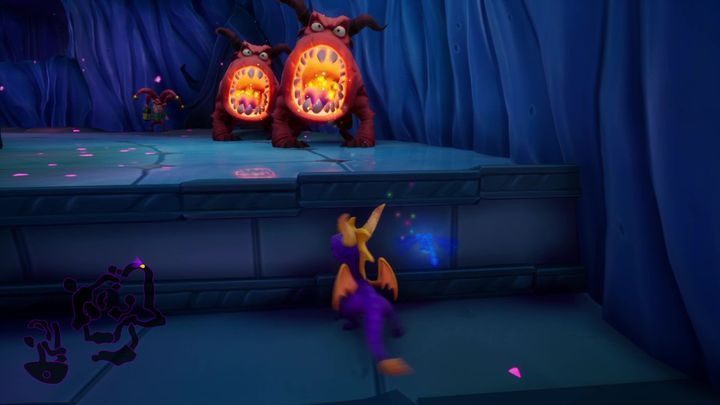 After bypassing lighthouse keepers you will find two small ones and a devil. Eliminate them and release the dragon standing right next to them. Going further along the corridor you will find two more lanterns. One of them controls the turtle, so again you have to make sure that the lamp is lit. This will let you get to the edge from which you will have to jump on the next shelf. There is a devil right next to its edge. You have to watch out for him, because his attack can knock you down. All you will find here is a strong box. Then you will jump to the next platform with a lantern. You will find a turtle and a dog on it.

Then you will cross over to the platform with two devils. Eliminate them and go in the direction of exit from the level. There you will find crystals and another dragon to save. With this platform you can jump into the cave, which is below one of the paths you walked. 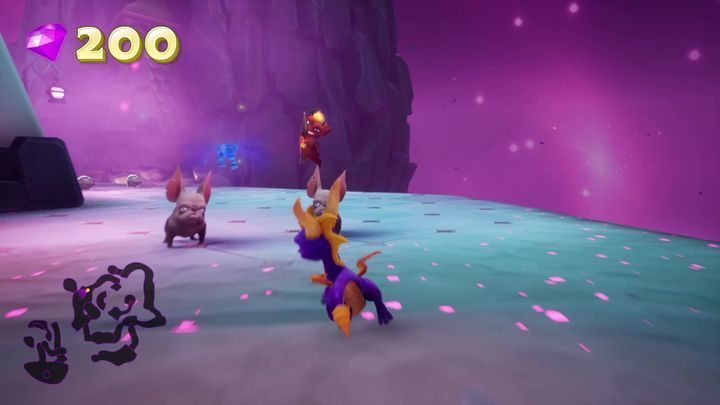 You'll get to the next tunnel, which leads to a quite large platform. You will have to defeat two dogs, two turtles and a devil on it. First focus on dogs and the devil. Turtles are enough to not include them in the first fight. At the end, collect the crystals from it. 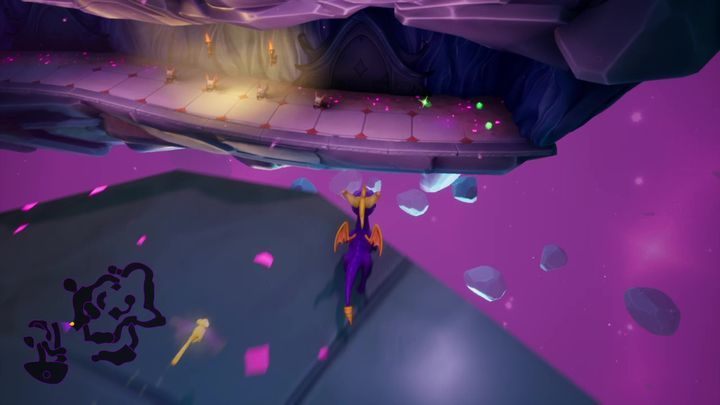 From the area where you have found turtles, you can jump on the next shelf. However, if you hit the wall, you will fall and lose your life. On the shelf you will find a number of dogs and three chests. And don't forget to collect the crystals in the corner. From this shelf you will go to the hall with the teleport. You will find there two turtles and a lighthouse keeper. Attack when the lighthouse is lit.

The teleport will take you to a large rock shelf. You will find all kinds of opponents you have to face, but you can easily do it in stages. A small corridor in which you will find a dragon to be saved departs from this platform. You will also find another turtle. He is in a small protrusion. 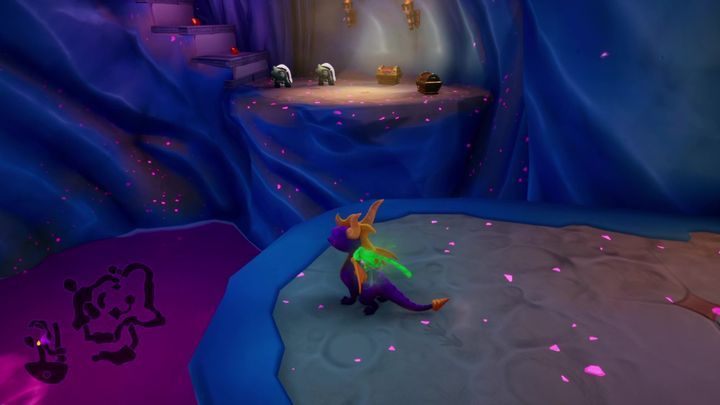 You can jump from it onto a rock shelf. It is the first of the series that will lead you to the last dragon to be saved. Of course, you will find your opponents on most of them, but you won't meet any lighthouse keeper here. 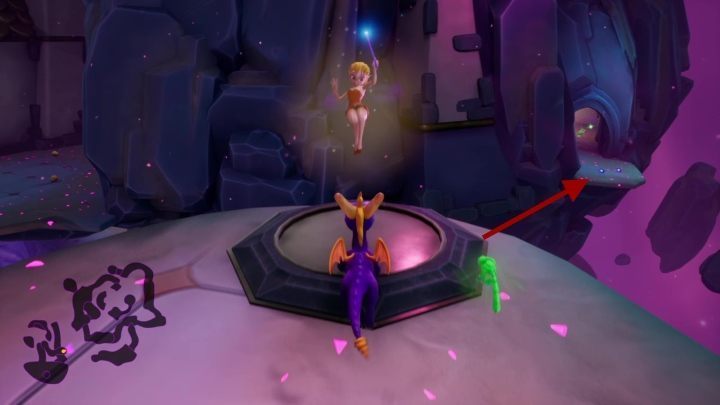 The dragon is located on a rock shelf. You can jump from it to the cavity opposite. You'll find a large group of enemies here. To a large extent these are devils and turtles, so you must be in constant motion to avoid projectiles. After the battle, collect the crystals and enter the teleport. This way it will go to the tunnel at the end of which you will find a firework. It will smash the box you passed at the beginning. From this shelf you can also freely jump on the platform on which there is a level exit.