The Dream Weavers is the penultimate homeworld. As a standard there are 5 levels. The following chapter is a walkthrough of that level.

Finishing the Dream Weavers will require you to meet the following conditions:

The whole level consists of a series of smaller islands. You start with one of them. There are two opponents in front of you. A fool, and it's armored variety. 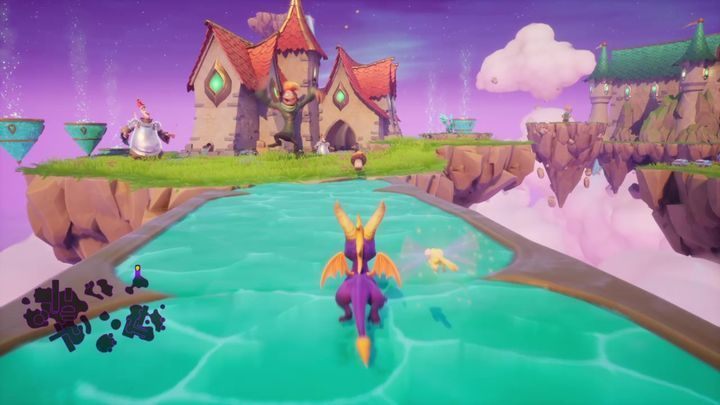 You can eliminate an ordinary fool with fire, there may be a problem with the armored one. You can only remove it if it is in its reduced version. You must use a charge for this purpose. In addition, you need to start the charge faster. Otherwise it will be enlarged.

After collecting the crystals, jump to the next islet. With the Dark Passage, you'll find crystals and more fools here. Then use the teleport to get to the next island. There you will find the first dragon to save. 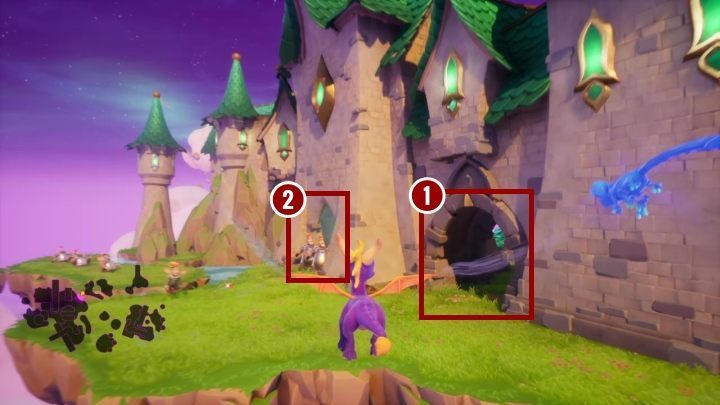 On this island there is a castle with two passages. In the first one [1] you will find a passage to the Lofty Castle level. The second passage [2] is guarded by two armored fools. At this stage they will not decrease, so you can't do anything with them.

Then jump to the next island. You'll find three armored fools there. Eliminate them with a charge. There are two roads leading from this island. If you turn left [2] you will get to the Jacques and the balloonist. 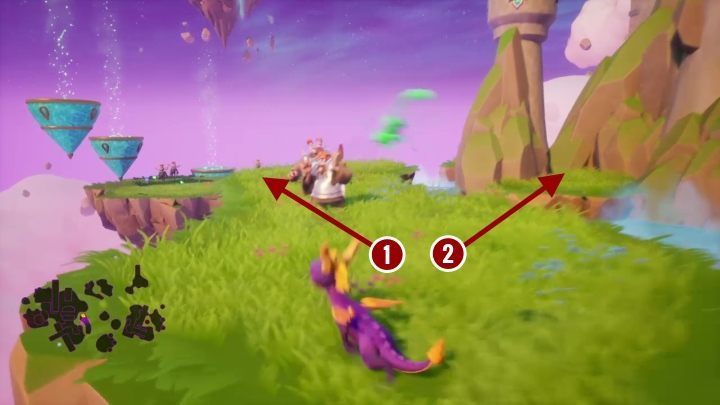 When you turn left [1] you will find three teleports standing next to each other. They will allow you to get to the island where there is a fool firing rays that change the size of your opponents. Use this ray to reduce the two nicknames guarding the second entrance to the castle. 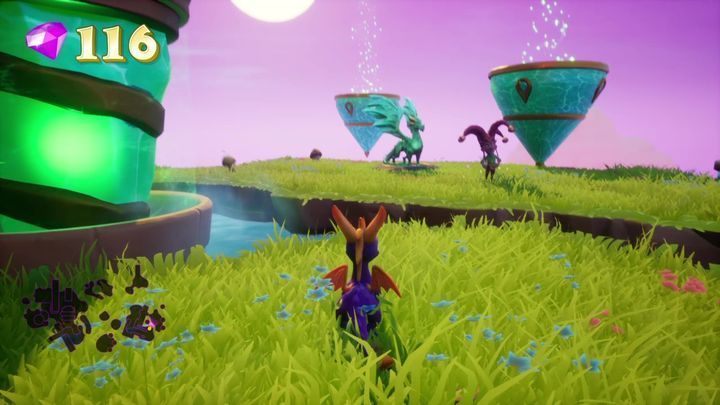 Finally, you'll go out to the area where you'll find a jester. You can't kill him, but if you attack him, the layout of the level will change for a short while. In this case, the platform will be raised, which will allow you to enter the platform with crystals.

Then use the teleports. This way you will end up at the starting point. Go to the island with a castle. Now you will be able to kill the fools and go further. This road will lead you to the island, where there are two jesters. You have to attack them both to get to the platform that will allow you to get to the platform on which there is a passage to the Icy Flight level.