Alpine Ridge is one of the more difficult levels in Spyro the Dragon. The majority of the level consists of narrow paths - it is easy to fall off them. This chapter contains useful information on how to complete this level.

To complete Alpine Ridge in 100%, you have to do the following things:

You start on a small platform. Collect the crystals and follow the only available path. You will come across a large beast. 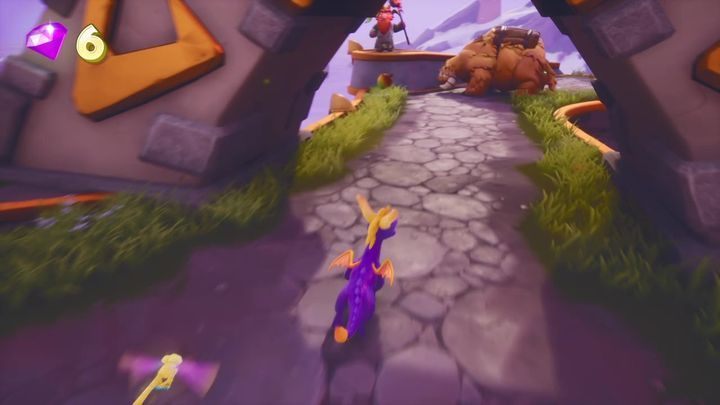 These enemies can only be defeated with fire. Also, you will come across a druid (he is in the same place as the beast). Defeat the druid with a charge. Use this move carefully - you don't want to fall into the abyss. 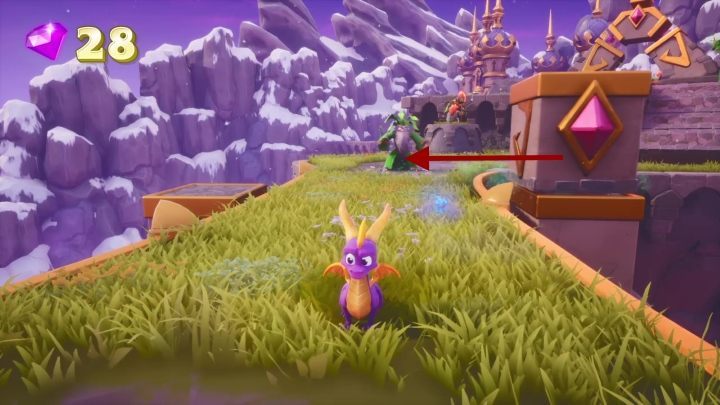 Follow the path - you will come across another beast and a druid who moves rocks. Avoid his attacks. You reach a larger platform with a beast and a druid. Defeat them and collect all crystals. Go up the stairs. They are controlled by another druid. You need to climb them when they are out. Otherwise, Spyro will slide down.

Another two druids await you at the top. Defeat them and then collect crystals from the chests. Head to the gate. The first dragon is behind it. Go back through the gate and jump on the fence. 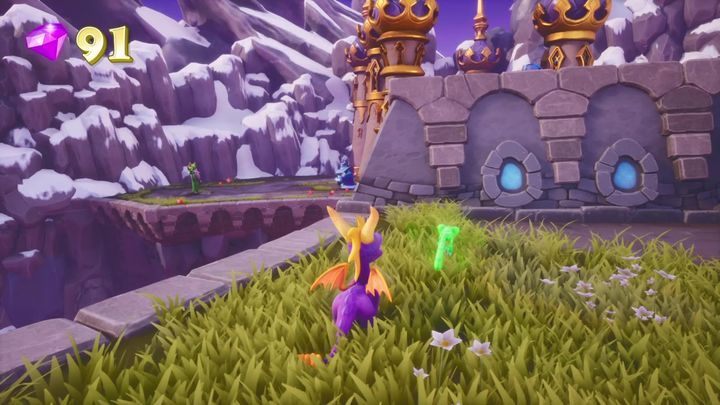 Jump on the distant platform - the one where a druid and a wizard are fighting. Watch out for the wizard's attacks - he shoots ice missiles. Both enemies are vulnerable to fire. Next, reach the platform guarded by three druids. You have to reach it fast. Otherwise, the druids will retract them - Spyro will fall down into the abyss. Jump on the platform located below - you will have to defeat a beast. 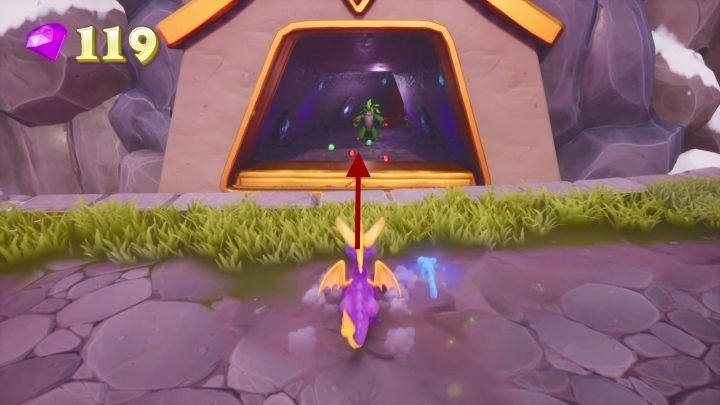 Jump into the cave. Do that when the druid opens the gate. Go through the cave. After that, you must jump on another platform. This one is guarded by an armored druid. Defeat him with a charge. Remember to collect all the crystals on that platform.

The next platform is movable. Jump on it and eliminate the druid. The platform will stop - Spyro can save another dragon. 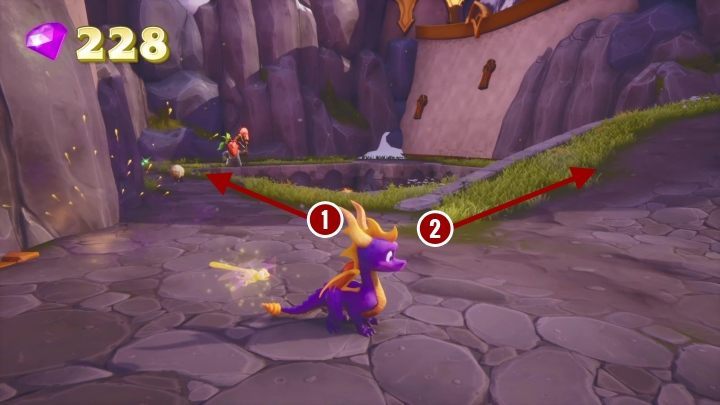 Move forward - you will come across two armored druids. They are guarding the path. Eliminate them and then get on the ramp. You reach a fork in the road. The left path [1] leads to crystals, an armored druid, and two beasts. The path on the right [2] leads to a druid - he will summon a beast. Defeat both enemies. Go the cave guarded by two beasts. Get all the crystals in that place. Then, head towards the stairs. You will come across another druid and beast. Defeat both enemies and then rescue another dragon. 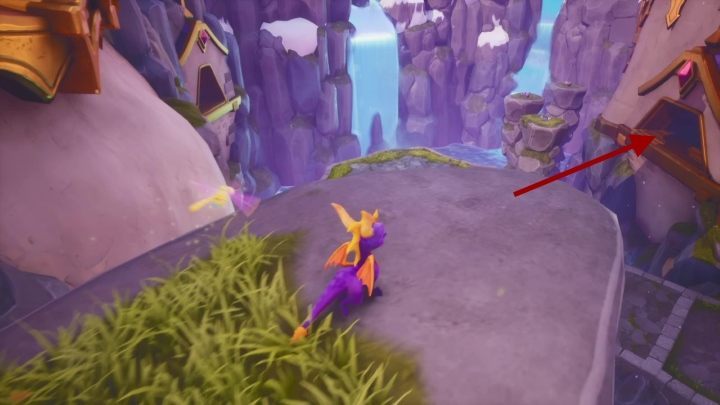 Fly towards the cave on the opposite side. Rescue another dragon, and find another thief. After that, you can head to the exit.