Boss fights are different in Spyro 2: Ripto's Rage! This time, you don't have a level preceding a boss fight. Instead, you go straight into a fight. Here, Spyro must defeat Crush. 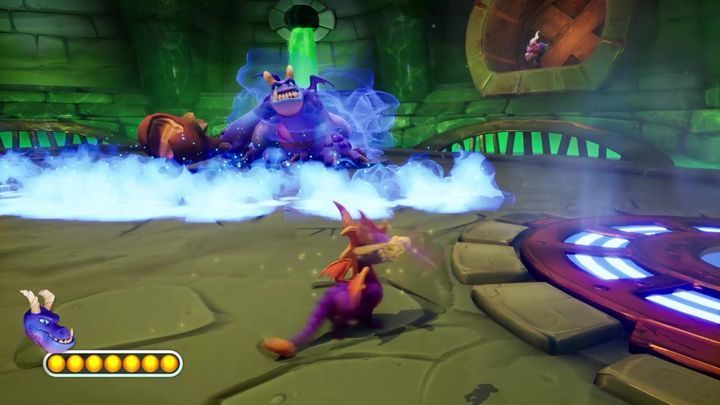 Crush is a rather massive enemy. He moves between circles scattered around the entire arena. These circles have two colors: blue and orange. Each one of them allows Crush to use a different attack. Blue circles create a shockwave - jump to dodge it. Orange circles allow Crush to shoot projectiles - dodge them. 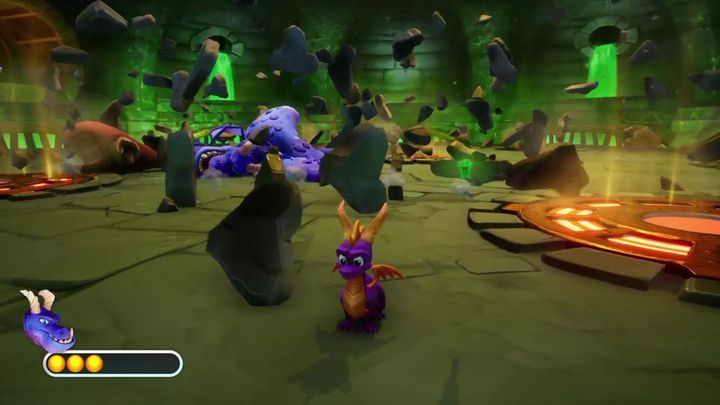 Crush is vulnerable to fire. You can only attack him when he is moving between circles. Because of that, you have to stay close to the enemy. Your attack will enrage Crush. His counterattack will collapse the ceiling and deal him damage. Use flames on Crush and then move away from him as fast as you can - this will allow you to avoid getting hurt.

Keep repeating this process until Crush's bar drops to zero.