There are 12 dragon eggs to be found in Spyro the Dragon. Collecting all of them is required to complete the game in 100%. Additionally, in case of one of the balloonists (the one in the level with magic wielders), it is necessary to have a given number of eggs to get to the next homeworld.

Acquiring the eggs is quite difficult due to the fact that they are in the hands of a thief. He is extremely fast and agile. He moves nearly as fast as Spyro charges, so it is best to catch up to him when he makes a turn. In the following chapter, you will find a detailed description of locations where you can encounter the thieves.

Stone Hill is the first location where you find the egg thief. Upon climbing the tower in the second clearing, jump to the area above. The thief is running around the clearing. He can be most often met by the gate through which you enter the clearing. 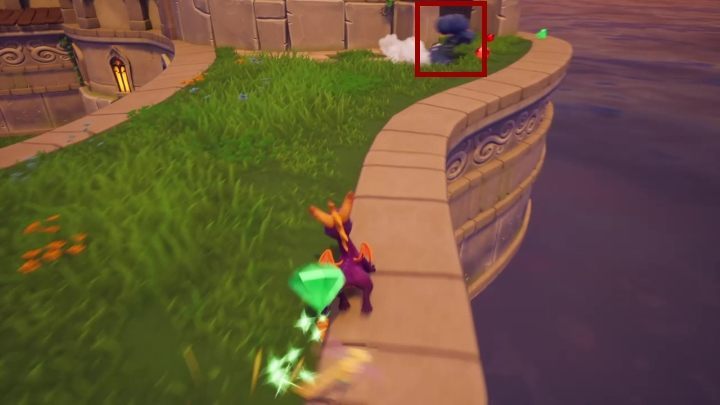 The second egg can be found on the ledge high up. Fly onto it using stairs by the place where this level ends. You have to jump as far as possible so that the flight is as long as possible, You will find the thief right above the place where you land. If you do not catch him in this level, he will jump down. You can continue the chase during the next stages of this level. 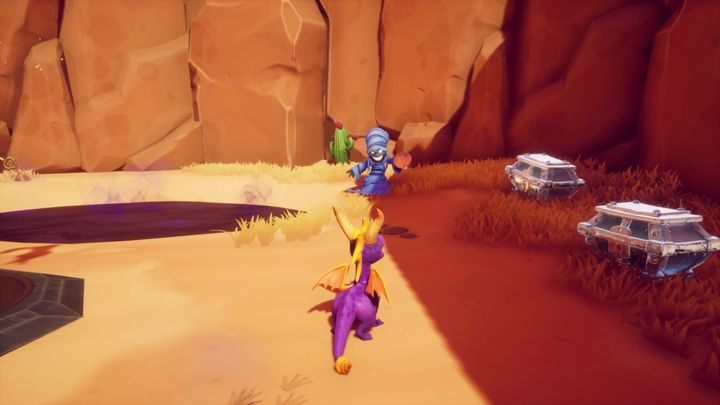 In this level, the thief can be found in a small blind alley. Getting there requires you to smash a giant rock with a target on it. To do this, use the cannon nearby. The thief will be running around a small pool, so look out not to fall in it.

After crossing the bridge that is guarded by two matadors, you will reach a small town. The thief is circling around one of the buildings.

The thief can be found on one of the paths leading from the starting location. You can reach him in two ways:

In this level, there are two eggs to acquire. The first one can be found right after you start this level. The thief is standing at the turn. Use charge to catch him there. Otherwise, he will jump onto the ledge that you cannot access. 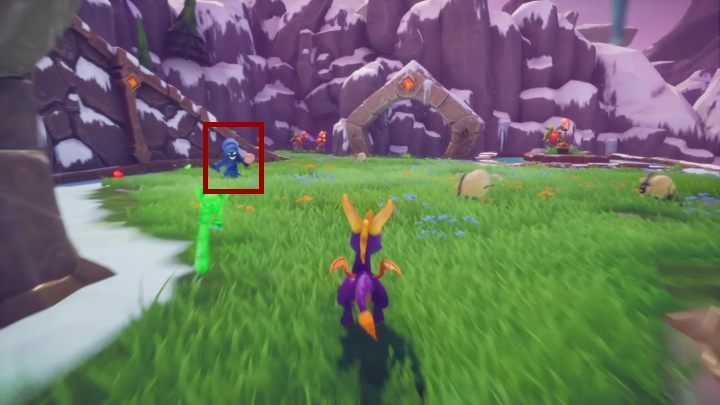 The second thief can be found in the clearing you reach through the ramp guarded by two druids. In case of an attack, he will circle around it.

Start on the stone ledge with the exit from this level. Fly towards the cave. Watch out, this thief is walking on very narrow paths - you can fall down while sprinting.

This level has two thieves. You will find them in the following locations:

This level has two thieves. You will find them in the following locations: 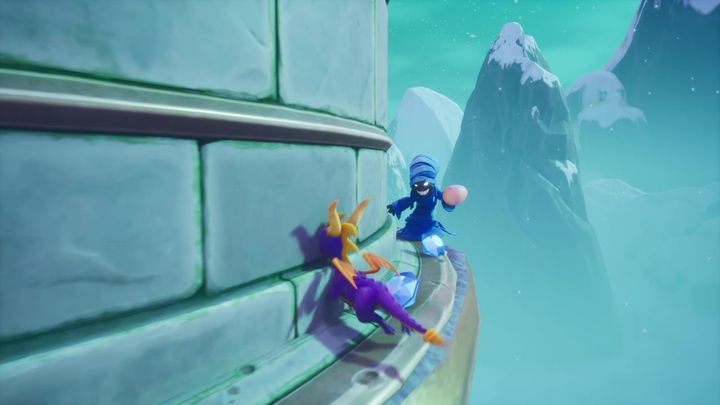