Doctor Shemp is the second boss in Spyro The Dragon. You encounter him when completing the level with the same name as the boss that belongs to Peace Keeper. 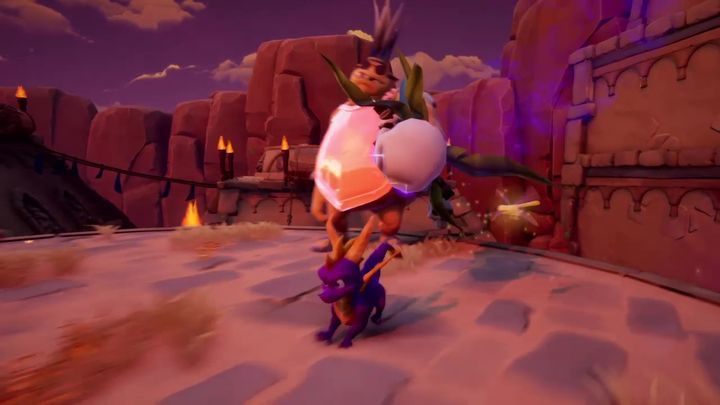 In the first stage, he attacks with a charge. Whenever his cane is pointed at you, you have to perform a dodge sideways to avoid the charge. After Shemp passes you, you have to turn around towards him and attack him from behind. If the attack succeeds, Doctor switches arenas. 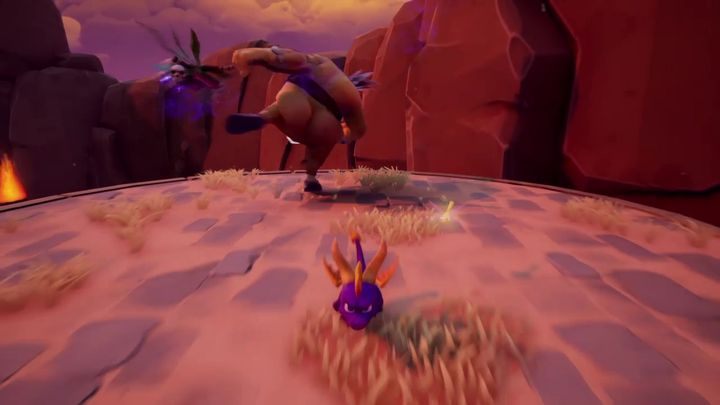 Position in which Doctor Shemp is vulnerable to your attacks.

You have to follow him. This is when his attacks change. This time, if you approach him he makes a full swing and then hits one spot with all his might. In this case, you have to get the right moment. The only time to attack Doctor is when he makes the swing - you have to withdraw from the area of the attack. The distance has to be short enough for you to immediately turn around towards the doctor and mount your attack.

It is similar when Doctor moves to the third arena. After your successful attack, Doctor Shemp will switch arenas. This time his attack is quite similar to the one from arena number two, the difference is that the swing is not followed by a hit. Thus, the whole formula of this attack remains the same. You have to slightly distance yourself from Doctor to stay out of his reach. As he swings, turn towards him and mount your attack. After a successful attack, Doctor Shemp is defeated.