Scarecrow is the first boss you encounter in Spyro The Dragon. You find him in the Toasty level, that belongs to the Artisans house location. This chapter focuses on the battle you have to fight with the Scarecrow.

The boss himself is not a challenging enemy. In fact, he mounts nearly no attacks. Your biggest trouble is the dogs, as they can hurt you most. Their numbers increase with each stage of the battle. 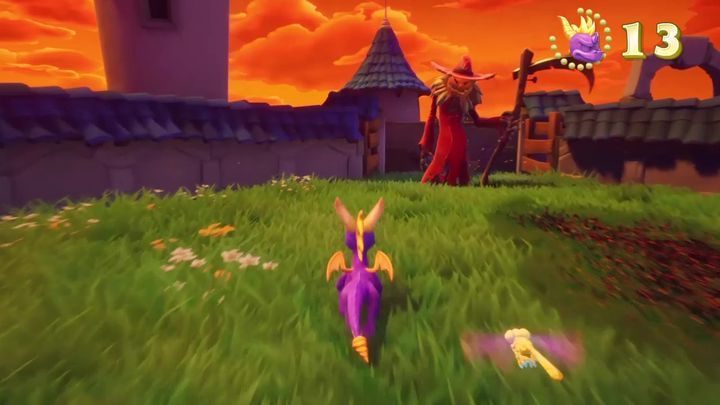 In the first stage, there will only be one dog, thus you will have no troubles with dodging its jump. After you attack the scarecrow, he will leave the first arena and go to the next - two dogs are already there. Scarecrow will act the same on the second arena and move to the third with three dogs. 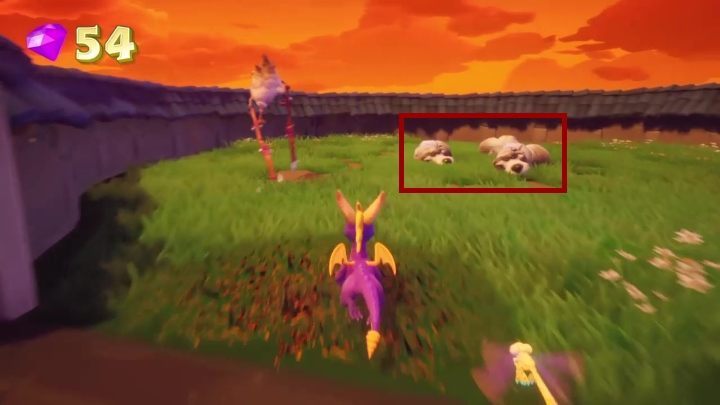 The strategy in both cases remains the same. Approach one of the dogs, attack, and quickly move backward. Dogs keep together, thus their areas of attack are close to each other. This allows you to perceive the whole group as a single opponent.