Toasty is the first level featuring a boss in Spyro the Dragon. As the level ends with a battle against a difficult opponent, the level itself is not that long.

Achieving 100% in each level requires finding all the crystals and completing given objectives. In the case of Toasty the objectives are:

The level starts on a fairly large glade. You'll find three groups of enemies there. In each of them there is a sorcerer and two dogs. As long as the sorcerer will not be a problem, the dogs can already. Elimination of them requires two attacks with fire. Because of the time that follows between attacks, the dog is usually able to lead the counterattack. He jumps on you, so you must use a charge to avoid crushing. 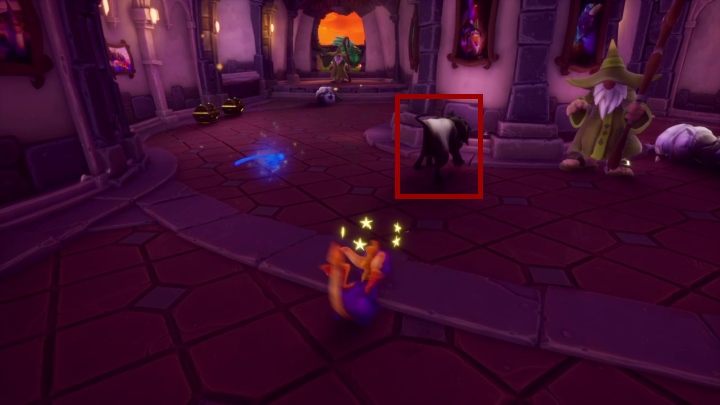 A dog after a single fire attack.

Then go to the adjoining clearing. There you will have to fight dogs and sorcerers once again. After the battle is over, you can collect the crystals in the room. Don't forget to explore the recess adjacent to it. Then head towards the exit, where you can save the dragon. 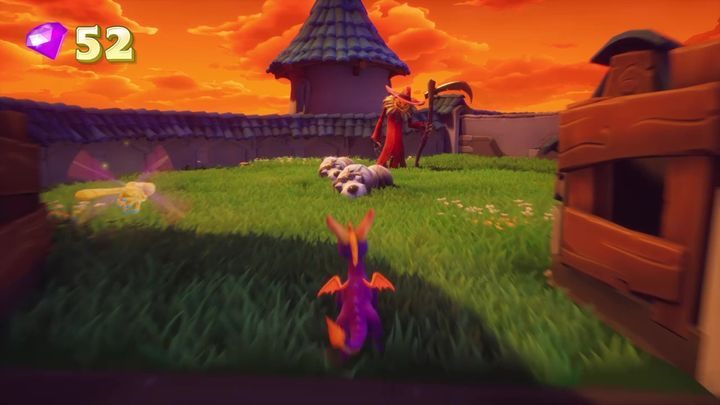 Scarecrow and his dogs.

At the end of the fight against the boss, which is the fear of a scarecrow. He himself is not a particularly difficult opponent. He is surrounded by dogs, which you will have to constantly avoid. Their number increases with the length of the fight you are fighting.