Stone Hill is the most easily accessible level in Spyro The Dragon. The passage leading to it is on the starting clearing and is not limited in any way. The level's structure is very much like that of Artisans.

Achieving 100% in each level requires finding all the crystals and completing given objectives. In the case of Stone Hill the objectives are:

Note: The order of completing individual sequences does not matter in this level. 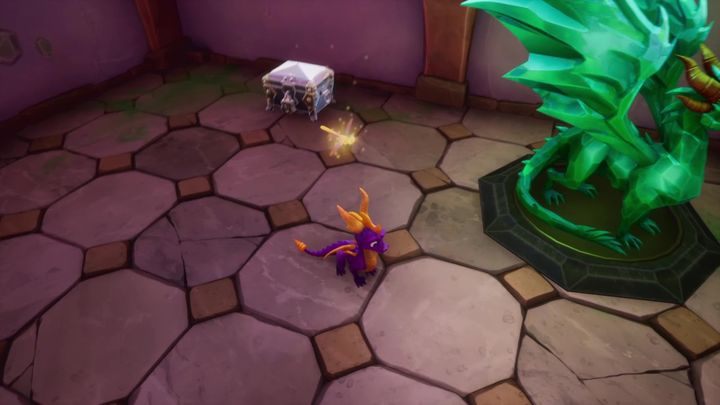 You start the game on a large clearing. Run through it to collect all the crystals and take care of the rams roaming the clearing. There are three paths leading away from the clearing. In addition, in the middle of the clearing there is a well of sorts. Fly into it. Inside, you will find a dragon waiting to be saved and a locked chest that requires a key to be opened. 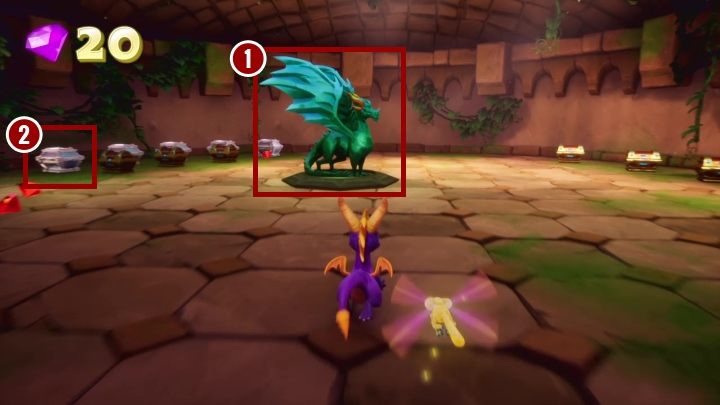 After leaving the cave, go to the opposite side of the clearing, where another cave awaits you. Enter the cave and, collecting all the crystals encountered, get to the rock shelf. There you will free another dragon. From there you can jump down on a sandy island. In addition to the crystals, there is also a cave containing chests and a key to the chest in the well. Then you can return to the clearing. Return to the well to open the chest. 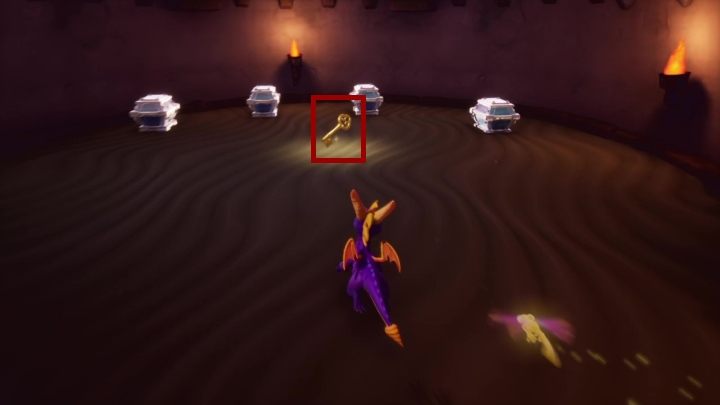 Only the last passage remains to be explored. It leads you to the next clearing. You will have to eliminate three rams and the same number of sorcerers. In the case of the latter, pay attention to their staffs. It is with their help that they attack and this is what you have to avoid. After defeating all enemies, you can collect all the crystals and chests on the clearing. Then climb the tower in the center of the clearing. 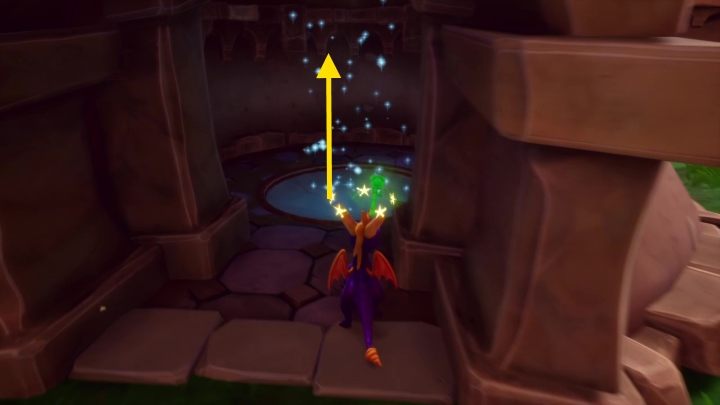 Inside, you will find the last trapped dragon and some crystals. Use the tower's height to fly to the area beyond the clearing. 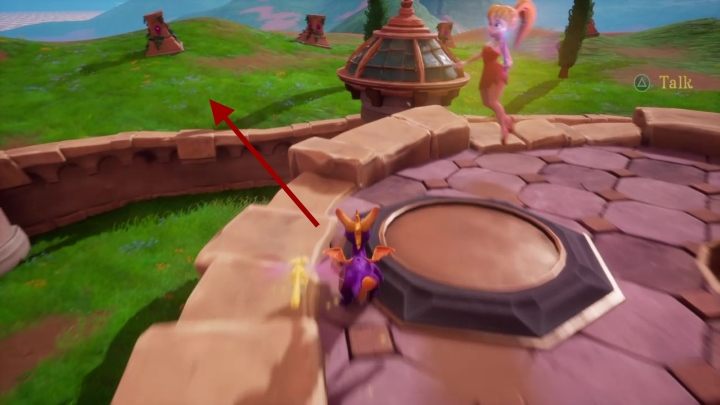 All you will have to do there is to collect the remaining crystals. Some of them are located on the lower floor of the roof adjacent to this meadow. You will also come across a thief holding an egg. He is on the move, so it will be difficult to find him. Catch him using a charge. 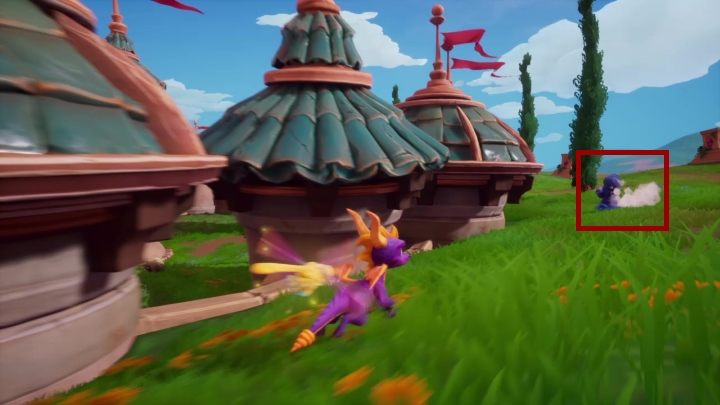