First of all you have to build a town hall. It's appearance ABSOLUTELY doesn't matter, so create whatever you want. 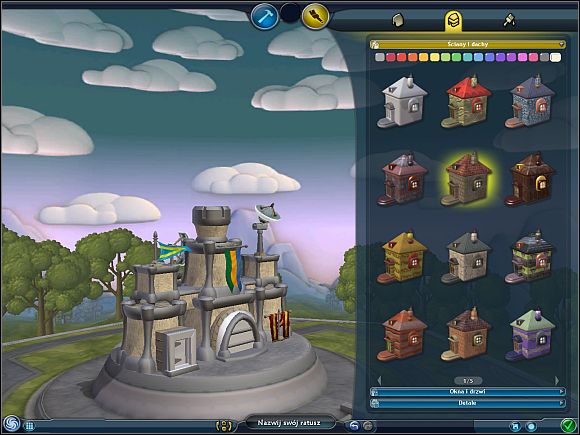 After you build your own hall it's time for your main land vehicle. Depending on your deeds in previous stages - you can create combat, religious or economic vehicle.. 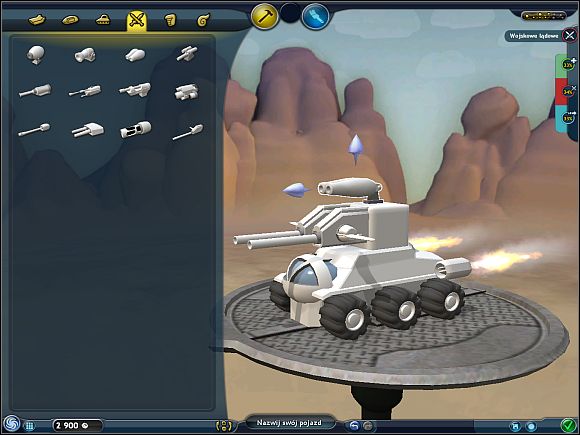 Well, it's appearance doesn't affect the gameplay, but you have to keep in mind, that every vehicle is described by 3 factors you adjust by adding new elements. You can find out more about it in chapter Buildings/vehicle creator.

Each building costs money. If you decide to sell it, you will get back only half of it.

In the end a new kind of view would be introduced to you. Familiarize with it.

Each city has got a selected areas, where you can build your structures. 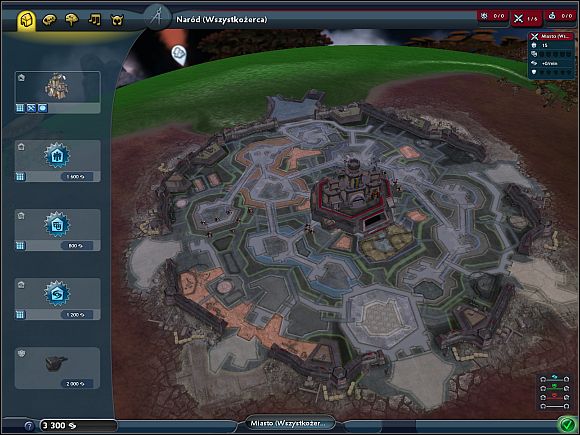 Your main taks is to conquer other cities in the region. You can do it by attacking, buying or forcing them with your religion.

To do so - you need money. You get them from the geisers (send there one of your vehicles to build a refinery)... 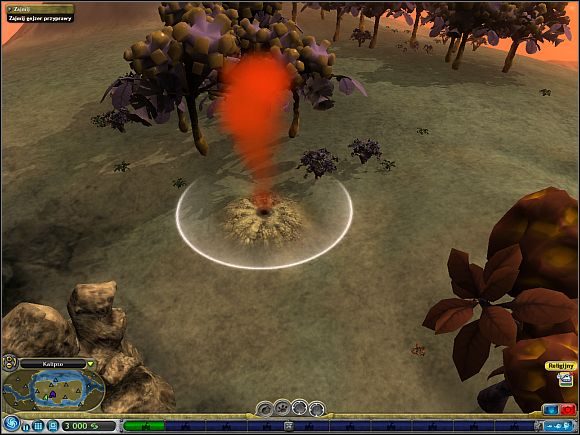 ...factories in your city (find out more about it in chapter City management) and trade. More about trade - chapter Kinds of cities.

Your activities in this stage heavily depends on what you've been doing in previous stages. If your tribe was aggressive - it's would be hard to change it now.

The way you behave in this stage affects the space stage (it's the last one).