The following page of the Spider-Man Miles Morales tutorial contains a description of the combat in the 15th main mission, Thicker Than Blood. Prowler equipped with dangerous technology is a challenging opponent, our tips will help you win this duel. 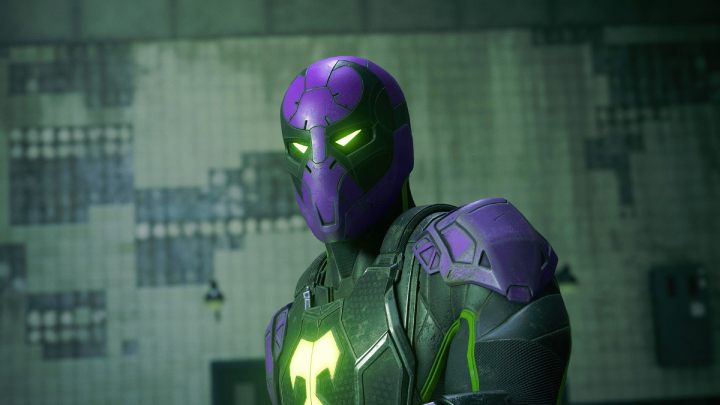 Prowler, a.k.a. Aaron Davis is Miles' uncle and the younger brother of Jefferson Davis. He first appeared in "Ultimate Comics Spider-Man vol. 2" #1 in 2011. Prowler's cloak was used by Hobart Brown in "The Amazing Spider-Man vol. 1" #78 in 1969.

As a Prowler, Aaron uses his extraordinary athletic ability, reflexes and strength. It is equipped with a high-tech suit that has a camouflage device and a hook with a rope. In combat, he often uses holograms, shields, and sharp claws.

Before a fight, it's a good idea to stock up on vision modifiers, such as Perfect Sight, which increases the time it takes to perform a perfect dodge, or Venom Overclock, which makes your venom power increase faster the lower your health is. 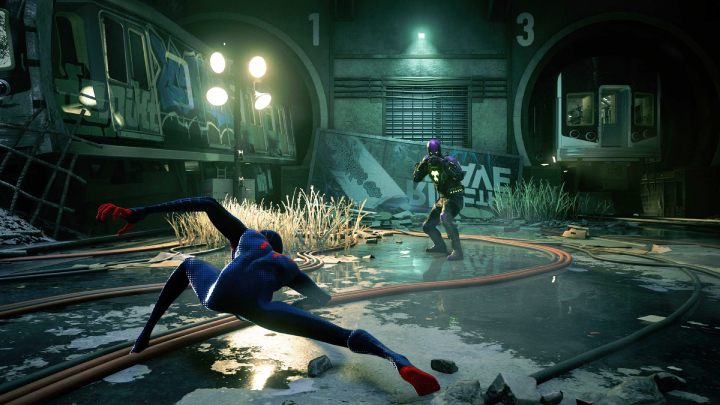 Fighting Prowler may prove to be a tough task. He is extremely fast, applies camouflage after a successful attack, and his blows can therefore come from any direction. Listen to your spider sense and look for incoming blows to dodge and counter. Use Venomous Strike (L1 square) to stun Prowler, making him vulnerable to attacks.

Avoid his shield charges and watch out for grenades. When you hit him a few times, he will take out his claws and improve his fighting style. 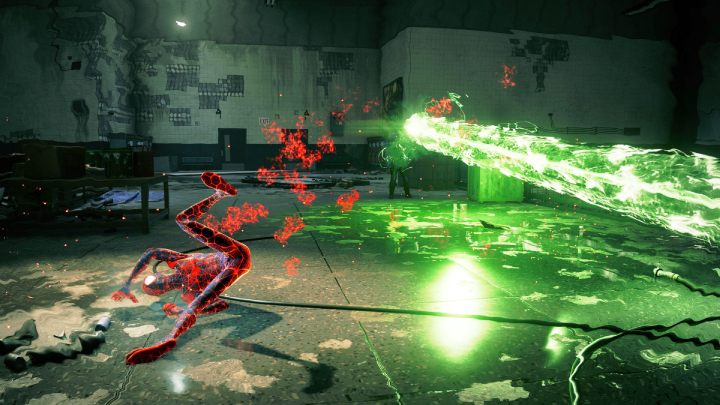 Prowler's attacks will become even faster and he will continue to use grenades that can suppress your venomous abilities.

When he unleashes a giant beam of energy towards you, dodge and jump towards him or use Venomous Sprint to stun him and continue dealing blows.

If you need to recharge your venom bar, you can put on camouflage and sneak over to one of the nearby generators on the wall, from which you will absorb some energy. 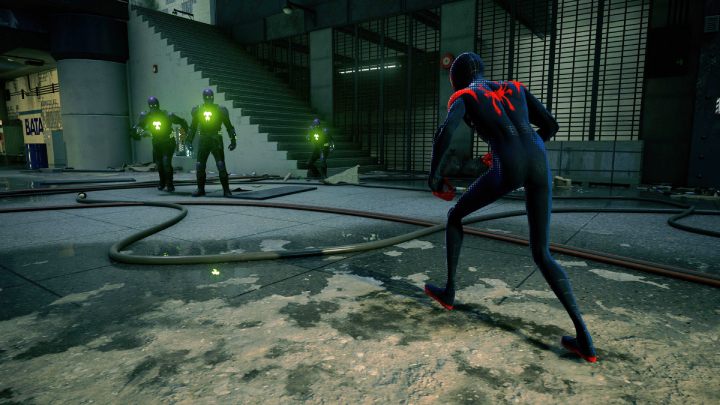 His next trick will be holograms. They cannot disappear like Prowler can and they move at a slower speed, but can still prove difficult to distinguish from the original. The best strategy here is to constantly dodge in order to sufficiently build up a Venom meter and with the help of Mega Venom Blast (L1 circle triangle) attack everyone at once and deal massive damage, eliminating all clones in one hit.

Continue attacking the Prowler with Venomous Strikes and Sprint. Once enough damage has been dealt, the boss will be defeated.