This page of the Spider-Man Miles Morales game guide contains information about the next fight against Rhino. In the 14th main mission - Tinker Tailor Soldier Spy, Roxxon Rhino will be equipped with powerful armor this time. Below you will find tips on how to break his armor to win the battle. 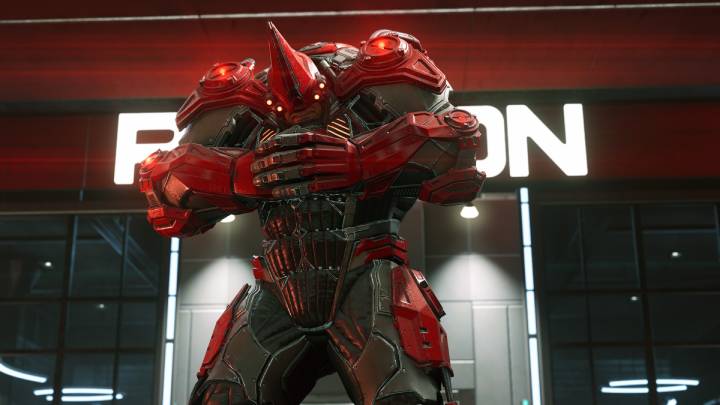 In this clash, Rhino, thanks to Simon Krieger, will possess the powerful red Roxxon armor that will make him immune to Miles' Venom Strikes. So focus on breaking down the armor piece by piece. Adding to the difficulty will be the Roxxon soldiers supporting him, let your sidekick take care of them while you focus your attention solely on Rhino. 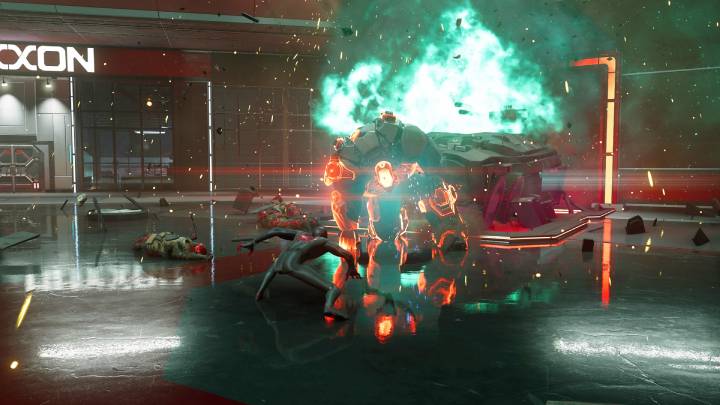 Rhino will use a charge every now and then, jump on his back then and direct him towards the vehicles standing by the walls. He will be stunned for a moment. Then attack him with a series of punches or finishing moves to tear off more parts of his armor. Don't use venom abilities until you break his armor.

Watch out for his stomping and jumping attacks, and always have him in your sights to dodge when he tries to throw objects at you. Once you jump on his back, you can target the remaining enemies to quickly eliminate them from the battle. 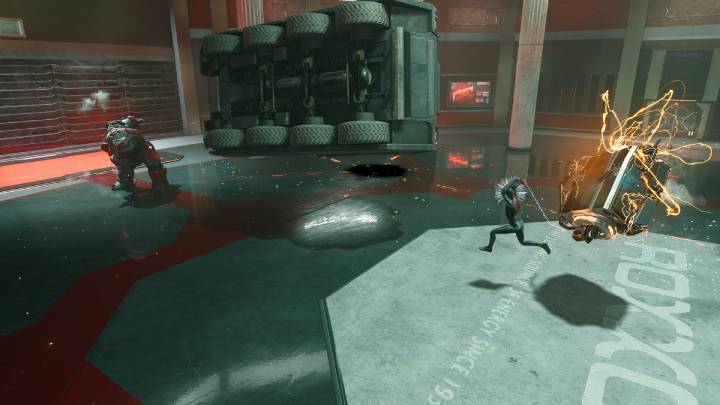 After Rhino loses most of his armor, he will start hurling vehicles at you, which will disintegrate into smaller pieces. Watch out for his increased stomp attacks, as they unleash three shockwaves that can hurt you and take away your venom abilities for a while.

Wait for him to make a throw and stomp and only then run up to the engine quickly and hit him with Venom Strike. Quickly pick up the charged machine this way and throw it towards Rhino. Continue your attacks with a series of regular punches and eventually destroy his armor.

Once the armor is broken, you will finally be able to use your special abilities. The Mega Venom Blast (L1 circle triangle) will stun both Rhino and nearby Roxxon soldiers, giving you plenty of opportunities for more venom attacks.