During the first Hold Onto Your Web-Shooters mission in Spider-Man Miles Morales game, the main character will have to fight his first boss, Rhino. During this skirmish, Miles will unlock one of his most important abilities - Venom Punch. 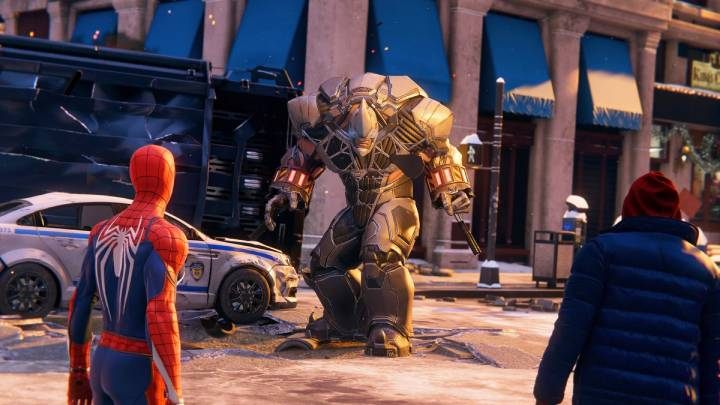 Aleksei Sytsevich, better known by his nickname Rhino, is a recurring antagonist in the Spider-Man series. After years in prison, he is freed by Dr. Octopus and becomes part of a group of super criminals, the Sinister Six, in the main storyline of the first part of the game. 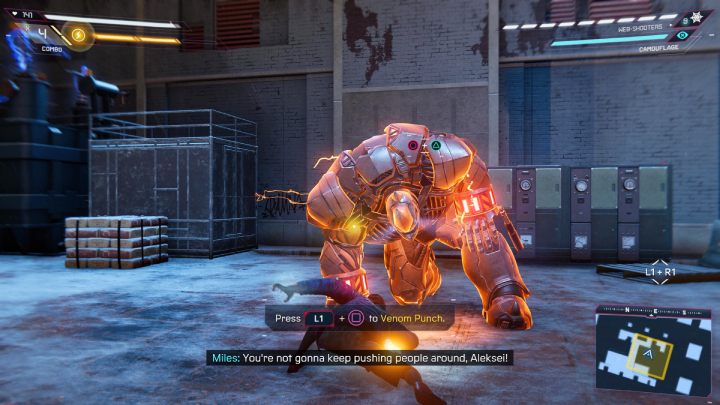 At the beginning of the battle, Miles will unlock his first new ability, Venom Strike. While at a safe distance from Rhino, press L1 square to unleash the power of Venom and stun him. Continue attacking him with a series of blows to deal as much damage as possible.

Your basic attacks may be of no use, so recharge your venom bar by dodging. A perfect dodge (pressing circle at the last moment while the spider senses are glowing red) will cause temporary invulnerability to blows and briefly slow down time. Use Venom Strike until you unlock the finisher, then triangle + circle will appear above Rhino's head. After a few such blows, the second stage of the fight will begin. 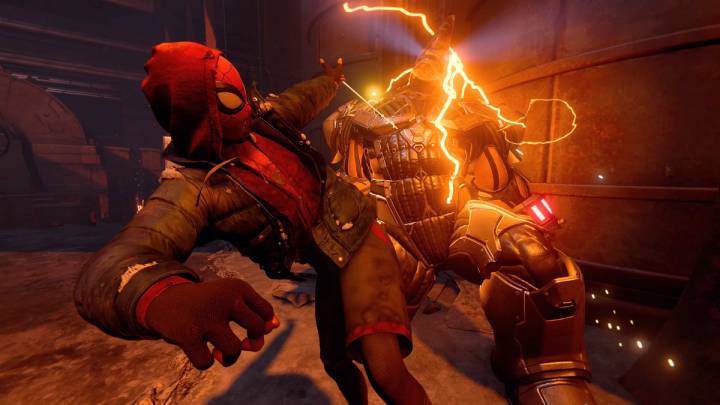 Rhino will start using charge attacks, by performing dodges at the right moment you can jump on his back and direct him to the electrical boxes to stun him momentarily, making him vulnerable to a series of blows.

Watch out for his stomping, jumping, charging and throwing objects. Charge up your Venom Belt, attack him with Venom Strike, or jump on his back until you deal the final blow.