On the following page of the guide to Spider-Man Miles Morales, you will find the most important information about the gadget called Web-shooters. You'll learn about all the modifications available for purchase and what the spider projectiles can be used for. 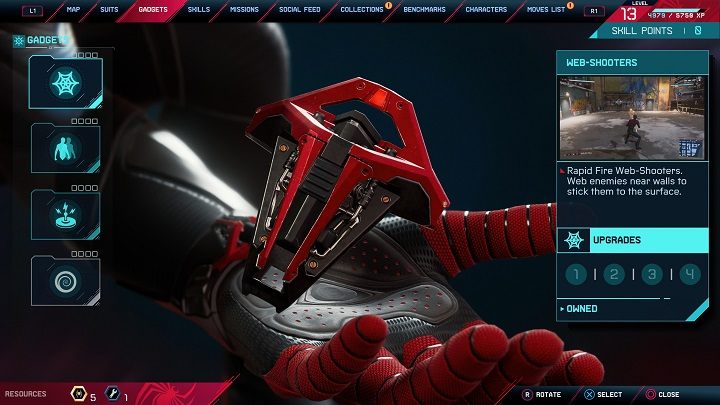 You will get access to the "Gadgets" tab in the game menu after completing the 2nd main mission - Parting gift. Web launchers are the basic Miles equipment you start the game with.

Web launchers have many uses. During the fight, shoot your opponent several times to bind him with a web and immobilize him for a while. You can then easily attack a defenseless enemy or deal with the remaining rivals. If the opponent is standing against a wall, firing the web will stick him to the wall.

When you are out of sight of enemies or have camouflage on, you can use the Web Launcher to attract their attention. Aim (hold L2) and fire (R1) a bullet at the floor or an object standing next to them, they will then check the source of the noise. This is very useful when a larger group of enemies is standing together, they will then start to spread out and patrol the area. 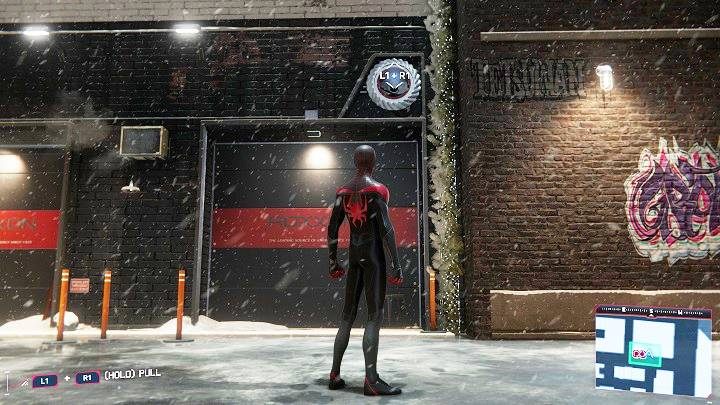 The web launchers are also used to block cogwheel devices, you will encounter this action many times in the game. Press and hold L1 R1 to tug on the sprocket, then aim (hold L2) at the center of the device and quickly fire several bullets (R1) at it.

With the activity tokens you earn and the parts you collect, you can buy the 4 available modifications:

Pinning a venom-stunned opponent to the ground or wall with a web turns them into a web-bomb, which then explodes and entangles nearby enemies with the web.