This page of the Spider-Man Miles Morales guide contains information about the costume called the Classic Suit. 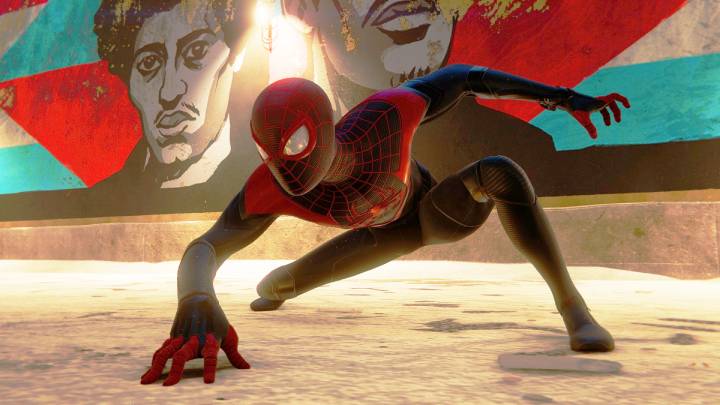 This costume, Miles receives after completing the 8th main mission - Time to Rally. The costume unlocks the Zap Slap costume modification, which causes a shock when the Underground's weapon is destroyed.

This costume is Miles' most iconic black and red design, setting him apart from Peter. The costume was first shown in the 2012 issue of "Spider-Man" #5.

Miles was originally Spider-Man of the Ultimate Marvel Universe and inherited the title shortly after Peter Parker's death from that universe. He initially wore a store-bought classic Spider-Man costume but decided it was in poor taste given Peter's recent death. Miles received his classic black and red outfit from Nick Fury.