The following page of the Spider-Man Miles Morales guide contains a description of the costume called the Crimson Cowl Suit. 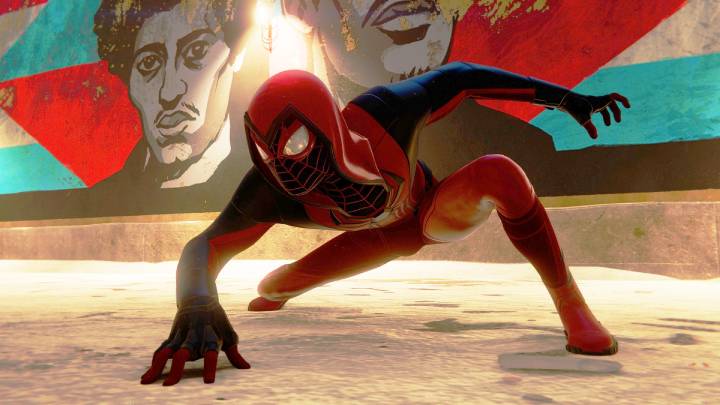 Unlocks the Ghost Strike visor modification, so that enemies cannot hear your elimination via spider attack when you use camouflage.

This costume is inspired by the costume of a character nicknamed Crimson Cowl aka Justine Hammer, who first appeared in the comic book titled "Crimson Cowl". "Thunderbolts". Justine is the daughter of Justin Hammer, Iron Man's eternal enemy.