The following Spider-Man Miles Morales guide page contains information about each Underground Hideout in the game. Here you will find the exact locations of Underground Caches and transmitters to be destroyed. Tasks necessary to unlock the mission - Matter Up. 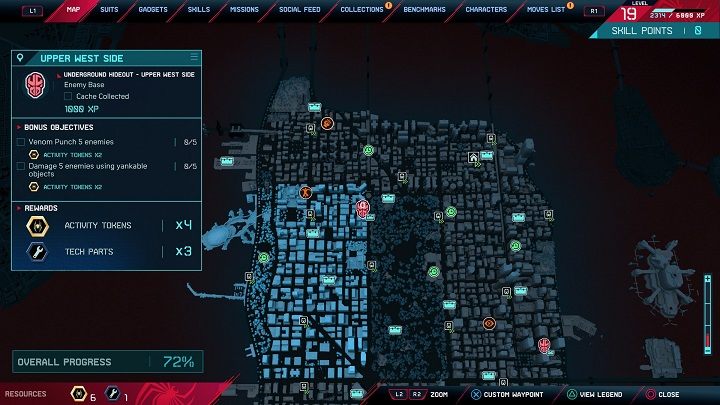 For destroying each Underground hideout, Miles will receive 1000 experience points, 3 tech parts, 4 tokens, and additional tokens for bonus tasks. You can leave the mission at any time, start from the beginning or go back to the last checkpoint. There is one Underground cache in each hideout, you have to find it and open it before you leave the hiding place. 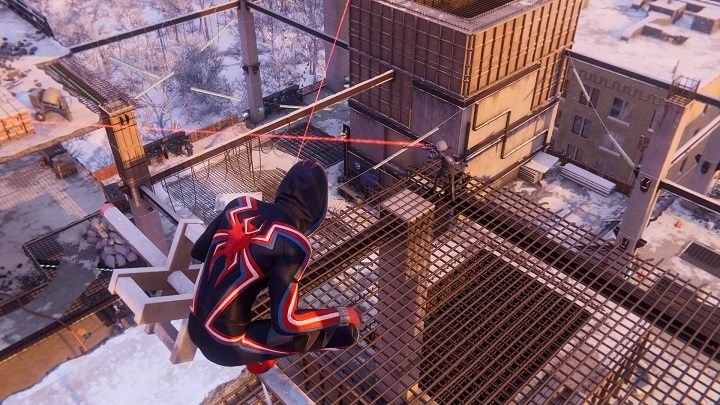 Go to the designated place. Jump onto the highest point of the roof to get closer to the members of the Underground without being noticed. Use the visor to mark all enemies, get rid of the snipers first and then eliminate the remaining enemies. If they raise the alarm, they will call for reinforcements, which means a harder and longer fight. 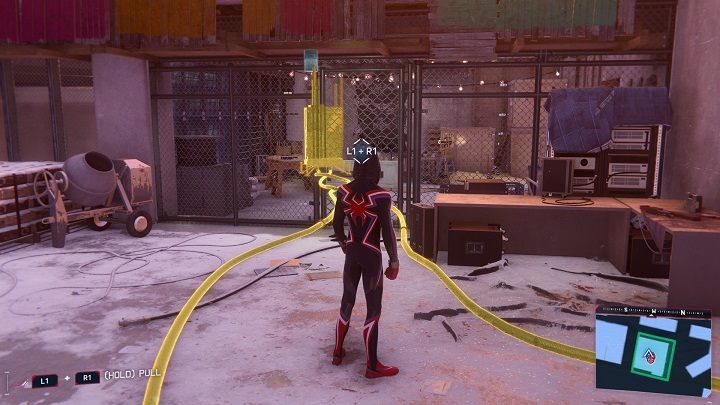 Once you have defeated everyone, you will have to find the beacon. Press R3 to scan the surroundings and follow the wires until you reach the room behind the grid. Remove it with L1 R1 and destroy the device. 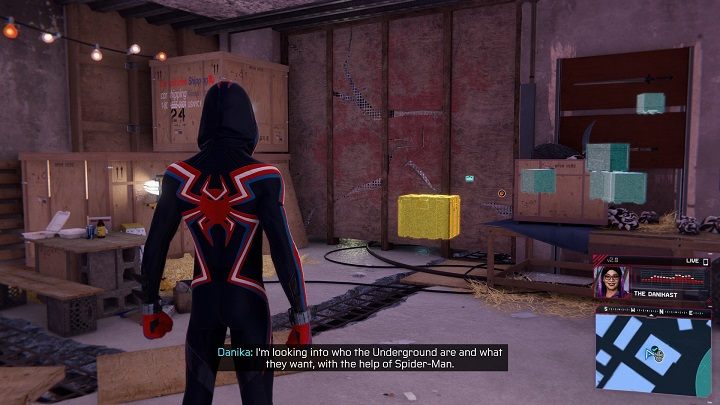 In the same room, behind the wall, you will find an Underground cache. Approach the wall and press L1 square to get to the cache. Task completed. 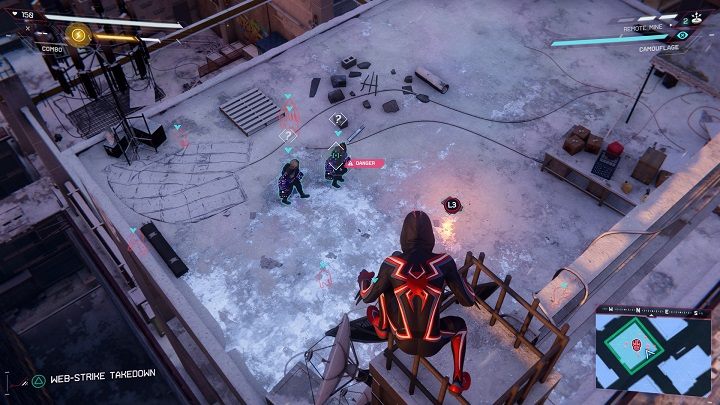 Start the mission by jumping on the designated roof of the building. Eliminate all enemies and search the hideout. 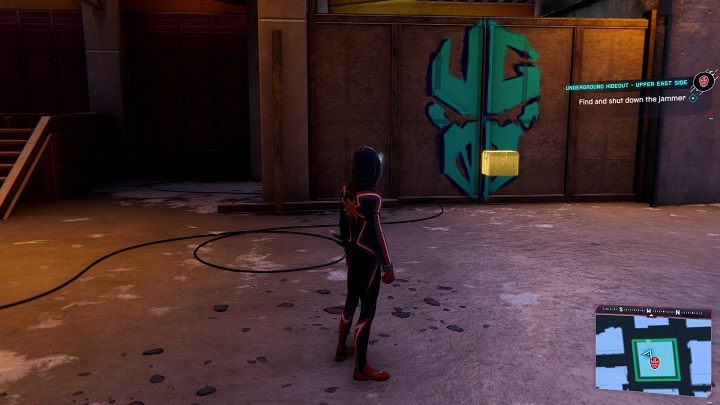 The Underground cache is located behind the wall with the Underground logo on it. Just get close to it and smash the wall by pressing the square and L1. Open the cache. 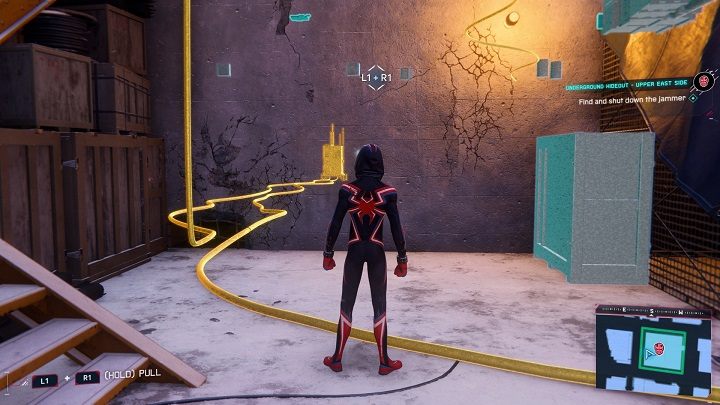 Scan the surroundings and follow the cables. The beacon is behind the wall, jerk the web (L1 R1) to get to the secret room. 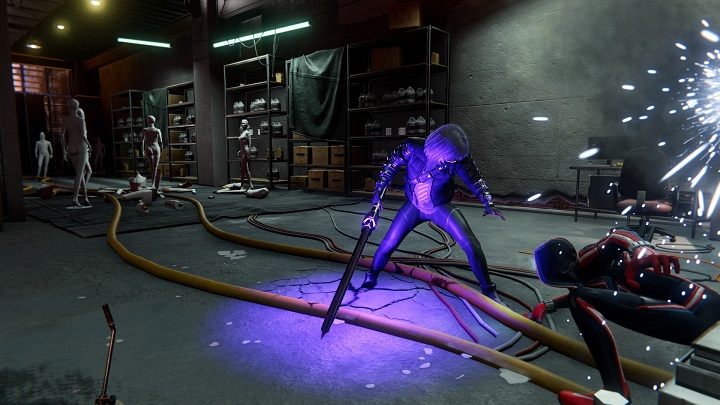 When you turn off the beacon, the enemy hiding between the dummies will attack. After winning the fight the task will be completed. 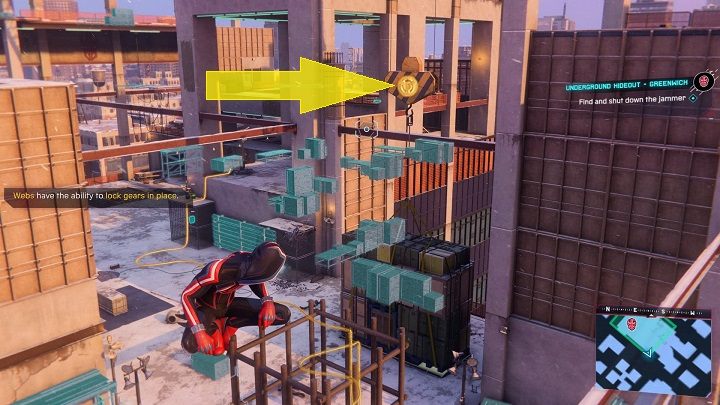 Go to Greenwich district to the roof of the hideout marked on the map. Eliminate all opponents if they are standing in one group, distract them by shooting the web at a nearby object or floor. They will then start searching the entire area. After defeating members of the Underground, scan your surroundings. You must lift the boxes blocking the entrance to the secret hiding place with a crane. To do this, press L1 R1 to jerk the sprocket with your web and quickly aim (L2) and fire the web launcher (R1) in its direction. 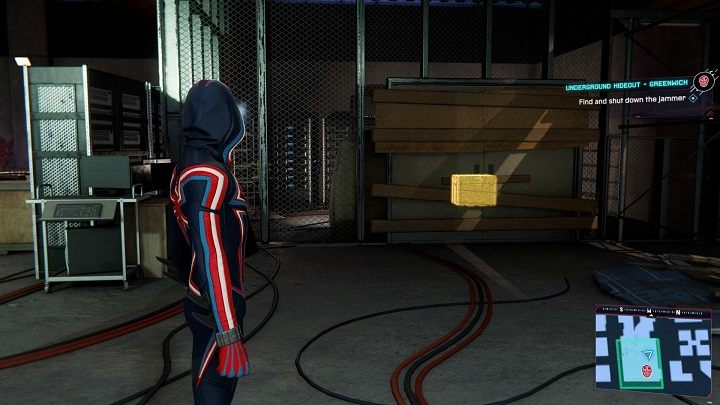 When you get inside, scan your surroundings. The Underground cache is located behind the planked door. 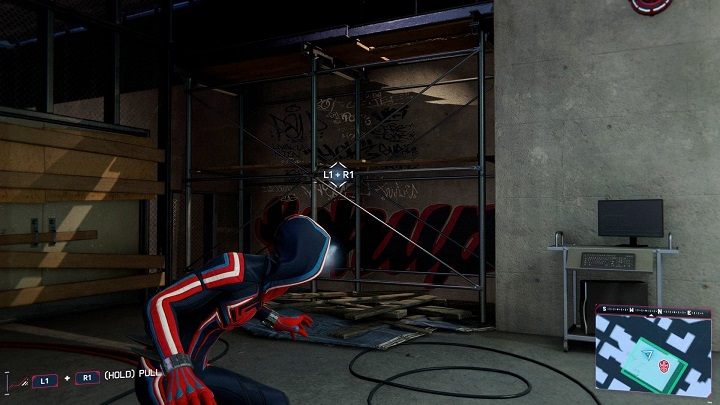 The door cannot be smashed with a venom blast, so get rid of the metal structure next to it (L1 R1). Jump into the room and open the cache. 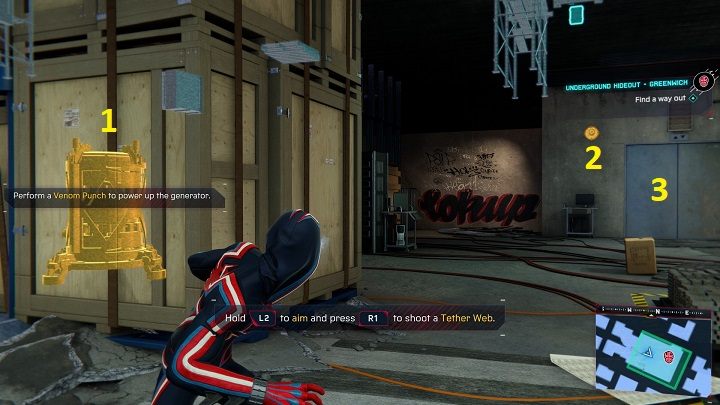 Destroy the hiding place beacon. When you want to leave, it will turn out that the crates you picked up earlier with a crane will fall, blocking your escape. Press R3 to scan the room. One of the boxes will contain the generator. Go to the front of the box and hit it to get to its contents. Turn on the generator (L1 square). Next, connect the generator (1) to the rod on the wall (2) to open the elevator shaft (3). Go out through the shaft and leave the hideout.