In this chapter of the Spider-Man Miles Morales guide you will read a walkthrough description of the mission Tinker Tailor Spider Spy. You will learn how to start the engine and power the laser back on, as well as how to destroy the protective armor in the fight with Rhino. 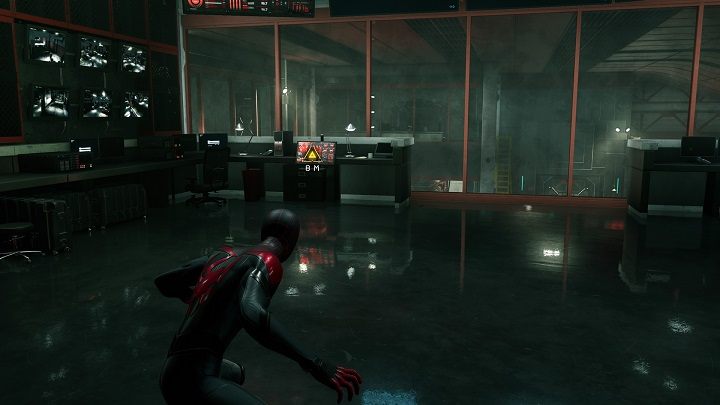 Meet Phin at the cathedral in the Financial District. After a longer cutscene ends and you get out of the trap, go to the computer and then enter the ventilation shaft. Use the Venom Punch to smash the door's power supply. Follow Phin. 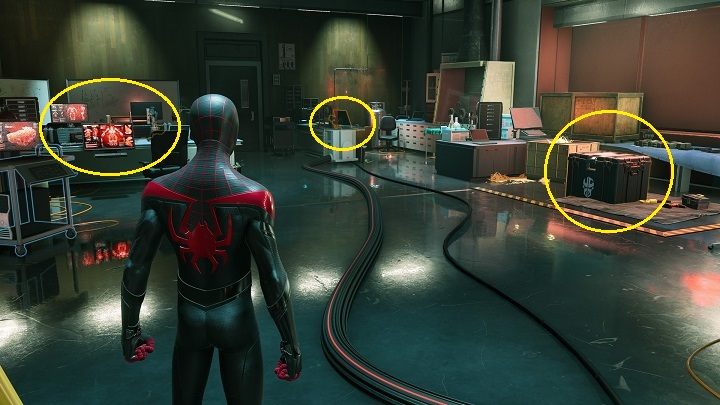 You'll soon get to a hall full of Roxxon security. Take down all enemies silently so that Phin can get to the computer. Then, go to the terminal room. There, you will find one of the Underground Caches and computers which contain information about Roxxon. After booting the terminal, return to Phin and walk through the door. 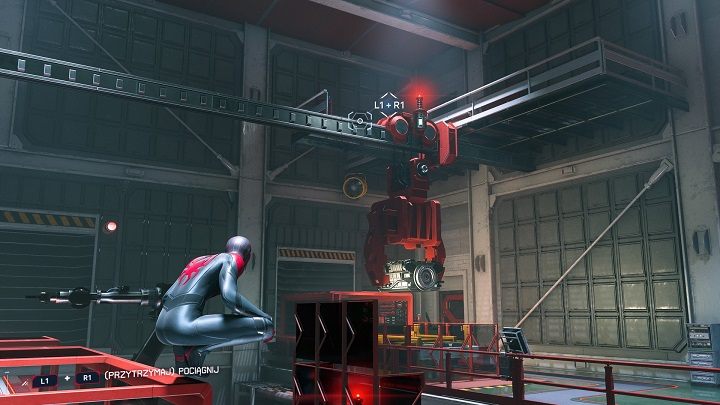 Follow Phin and help her get to the next room. Here, you will have to bring the power back on and enter the control room. While Phin moves to an access panel, scan your surroundings and find a generator, an assembly line in the middle of the room, a moveable crane arm and an engine underneath it.

Start the generator with a Venom Punch and the crane will move to the middle. Jump over to the other side next to the engine and yank the crane. Yank it back to the middle to place the engine on the assembly line. 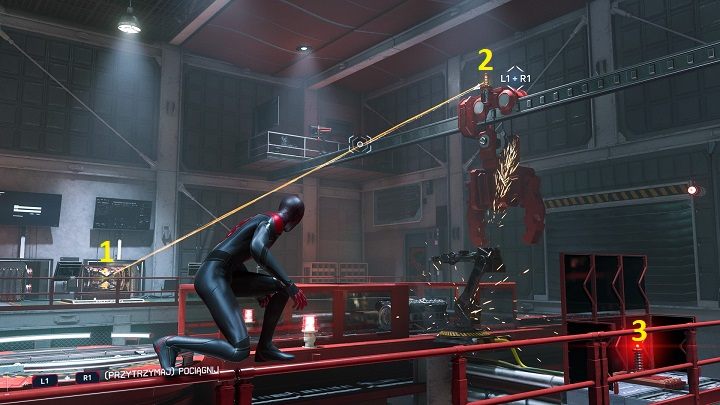 To power the laser, you need to transfer some electricity from the generator. Aim your hand at the generator (1) and shoot the web, then pull it over to the red rod (2) on the crane. Push the crane to the right again and connect the next web line to the rod (3) located near the laser. Use the Venom Punch on the charged engine, then throw it at the glass. Jump through the hole to the next room. 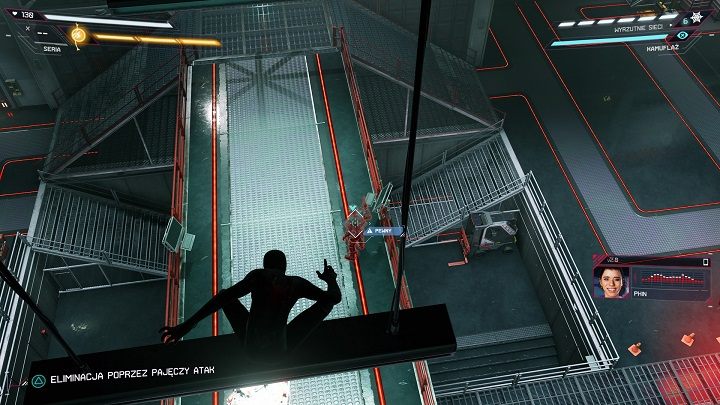 You will have to get rid of a large group of Roxxon security guards. Remember to eliminate them only when they have the "Clear" status, and watch out for enemies with night vision devices - they will see you even if you put the camouflage on. You can also use objects in your surroundings to kill several enemies at once.

Having successfully dealt with everyone, jump through the window to the next room. Follow Phin to the next fight.

The second fight with Rhino 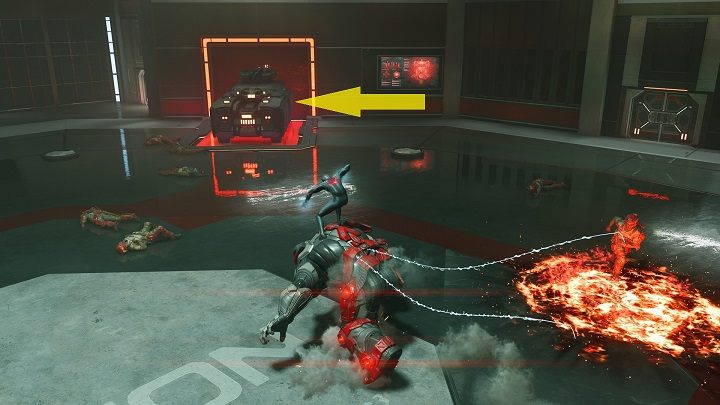 You are about to fight Rhino again - this time his armor is improved. Don't waste your time fighting the Roxxon security, they will be taken care of by Phin. To defeat Rhino, all you have to do is jump on his back and direct him to nearby tanks a few times. He will be stunned for a while and you can attack him then. 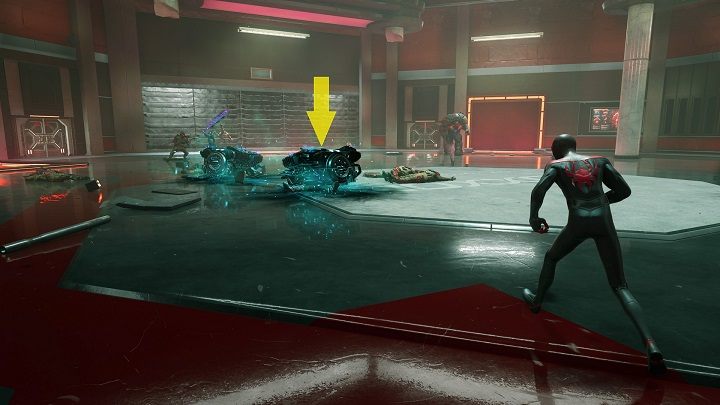 When you have destroyed his armor enough, he will start throwing the armored vehicles at you. Smaller pieces of the vehicles will be left on the ground. Hit them with Venom Punch (if you don't have a full venom bar, strike other opponents several times). Throw the venom-charged tank pieces towards Rhino.

This will stun him again, and you will have a chance to deal him some damage. After a few attempts he should fall. After the cutscene, you will be in your room. Go out the window to complete the mission.