The next page of our walkthrough contains the description of the main mission Time to rally for the Spider-Man Miles Morales game. After completing this quest, you will unlock the Classic Suit and camouflage abilities. 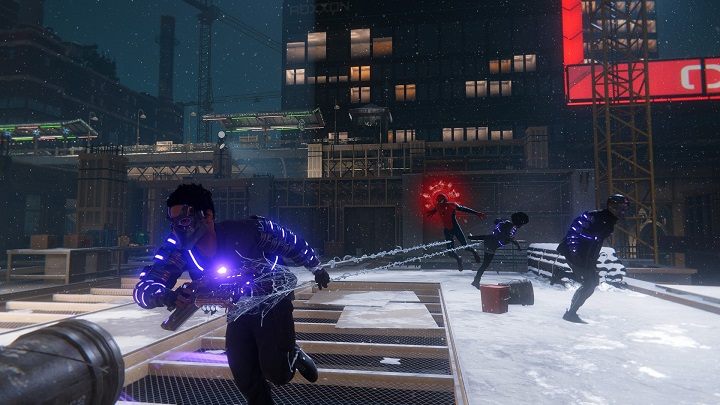 After leaving the apartment, follow the marker down the street together with Ganke. You can scan your surroundings (R3) along the way to highlight the objects and people you can interact with. You will also find your Uncle Aaron nearby.

After the cutscene, a fight with the Underground gang will begin. Watch out for snipers and deal with all opponents on the nearby building roofs. 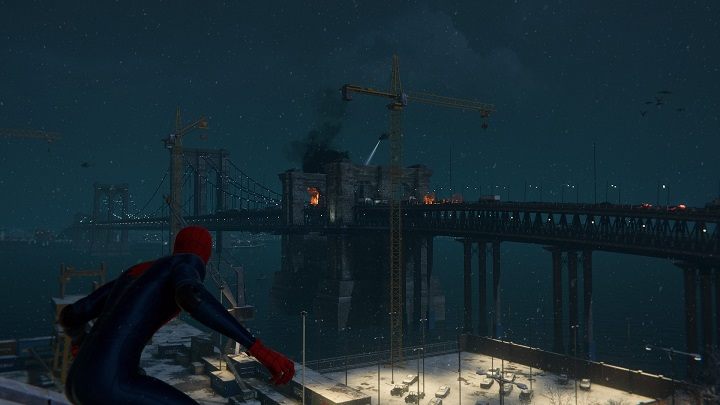 When you get rid of your enemies at the rally, head quickly towards the bridge where a massive explosion occurred. After a short cutscene, you will have to fight the Underground again. Use the Venom Smash and Venom Jump when you are surrounded by a larger group of enemies. 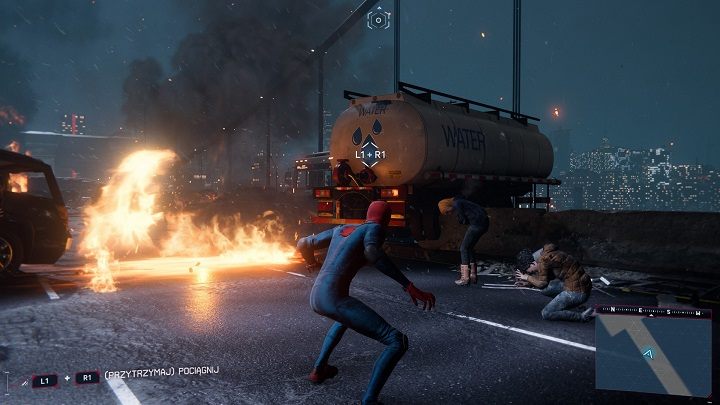 After you defeat the brawlers, the bridge will start to collapse and you will have to save the trapped people before it is too late. The markers on the screen will show you the next group of civilians to save. Jump back on the bridge and press L1 R1 on the water tanker to extinguish the flames which block the escape route. Then, yank in the balancing bus that's about to fall off the edge. 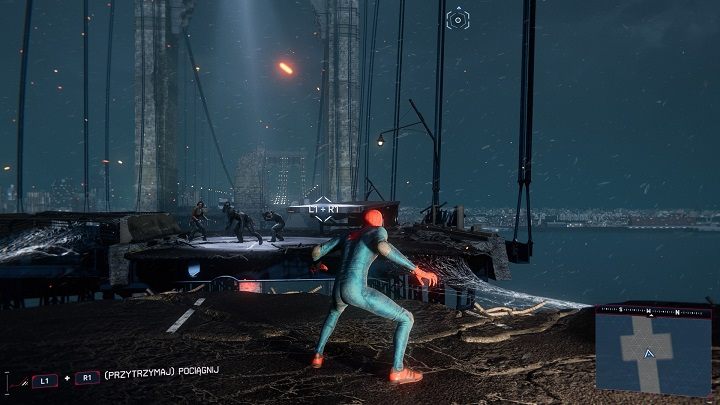 When you jump back up, another part of the bridge will break. Land on the bridge and shoot your spider web with R1. Move the nearby part of the truck to create a walkway for the trapped people. The last cutscene will complete the mission. You will receive a new suit and unlock the Camouflage.