The next chapter of our guide to Spider-Man Miles Morales describes the walkthrough of the Harlem Trains Out Of Service quest. Here you will learn how to use the FNSM app. You will also learn stealth takedowns, locations of the Underground caches and you will find out how to solve the train car puzzle. 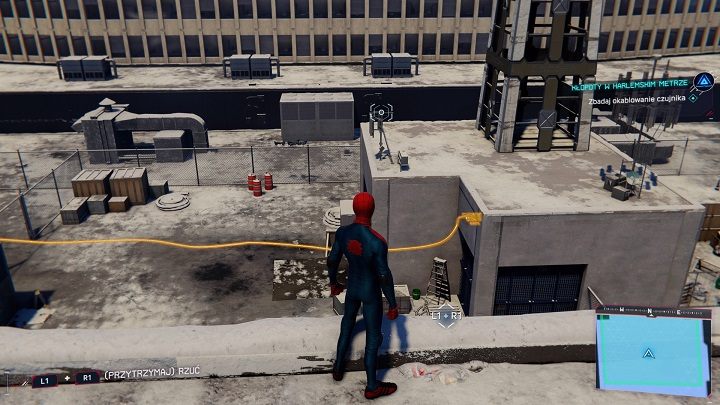 Ganke will give Miles access to the FNSM app, through which the city residents will be able to ask him for help. He will receive his first task from his uncle. Head to Midtown to the main subway station. One of the relays will light up red. When you scan the area, you will find that unknown wiring is connected to the relay.

Follow the cable to the lower level of the roof until you reach the door. Press L1 R1 to go inside. Get rid of the enemy. Then, go to the computer and press the triangle. You will unlock the locations of the Underground caches, which from now on will be marked on the map.

Moving the train cars and powering the generator 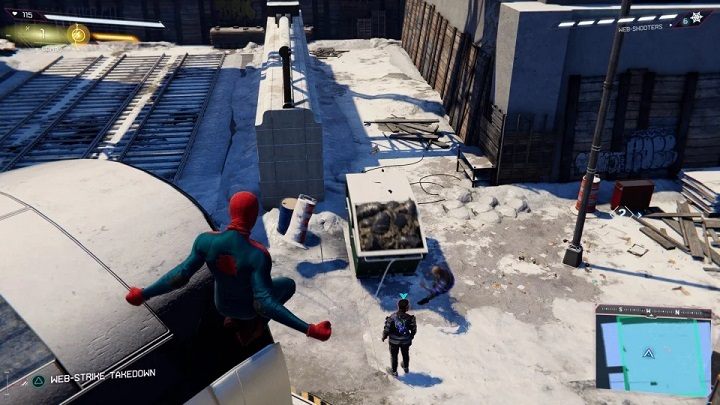 After another fight, go to the rail yard in Hell's Kitchen. You will now be able to practice stealth takedowns. First, mark all your opponents with the Visor. From now on, Miles' abilities will allow you to track the enemies even if they are not in sight. You can take out the two enemies standing on the left side of the yard by moving the debris container. Press L1 R1 to grab the container and yank it. Then, using L2 R2, jump quickly to nearby roofs to get rid of the other thugs from above one by one. They will split up from time to time. Try to sneak as close as possible to a single enemy and press the square to stick them to the wall. If you don't like stealth action, you can defeat them in open combat. 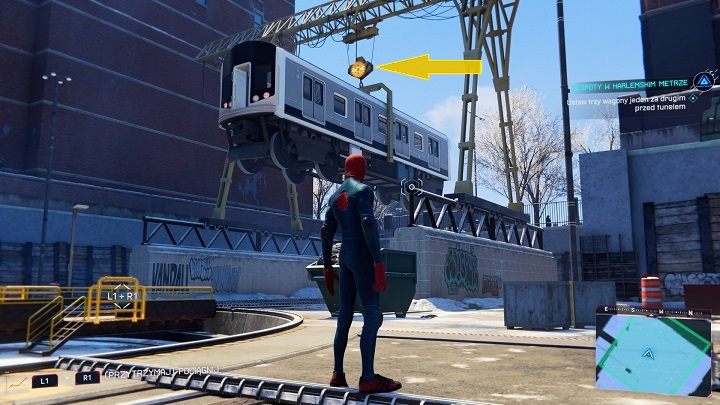 Go back to the balcony and get inside through the door. The remote control panel will turn out to be busted, so you will have to place three train cars in front of the subway tunnel manually. Press R3 to scan your surroundings for hints. First, move the turntable so that the train on it stands in front of the tunnel. To do this, press L1 R1 on the railing. Then, pull the first train towards the tunnel. Approach the hanging train and shoot the web at the gear to lower it onto the tracks. 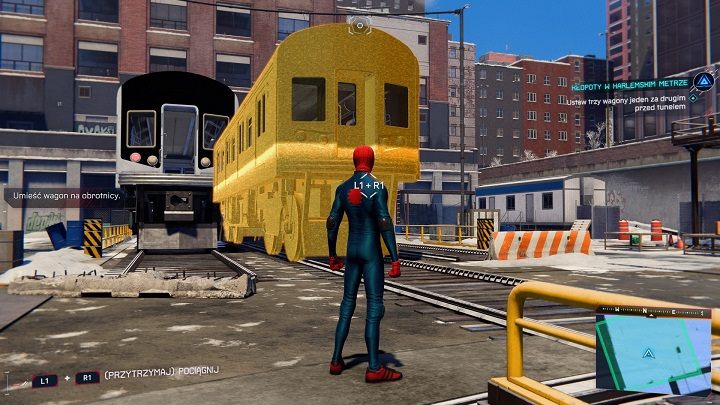 Spin the turntable again and move the third car, located in the area where you fought the thugs previously. Move the turntable for the last time so that all cars are facing the tunnel. 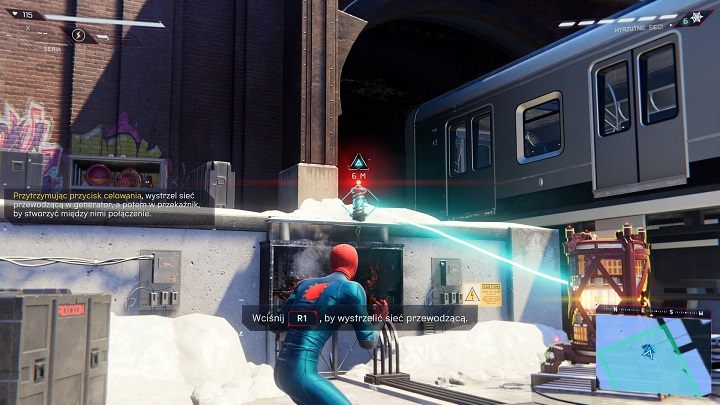 Finally, power the generator up and connect it to the relay near the railroad. Press L1 square to turn it on, then aim at it with L2 to fire your web (R1) several times. Aim the tethered web at the relay and press R1 again.

Return to Aaron. Along the way, you will hear about an Underground attack on a nearby station. As soon as you get there and the timer starts running, a red icon will appear on the screen. It's a bomb and you must disarm it as soon as possible. Leave the fight to the police for a moment and approach the bomb. 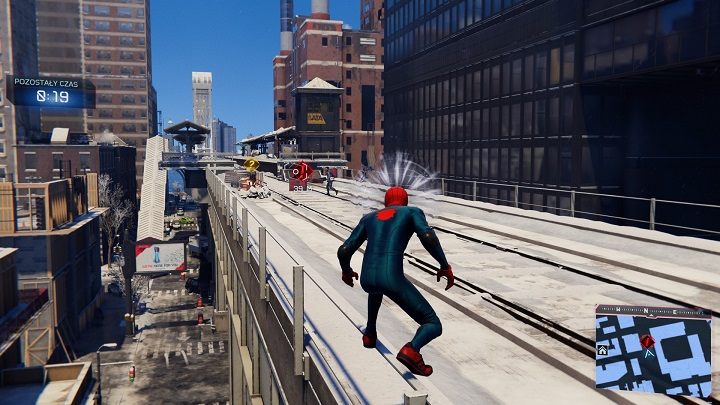 Press the L1 R to yank it into the air and then shoot the spider web (R1) at it several times. The next explosive is on the tracks above you. The last two bombs are under the bridge. Once all bombs have been neutralized, you can start fighting. After defeating the last enemy, the mission will end.

Don't be surprised if you can't find this quest in the mission menu. This is a mission from the FNSM app, but without completing it you will not move the main questline forward.