The fourth chapter of the Marvel's Spider-Man Miles Morales guide describes the main mission called We're Here For You. In this quest, Miles stops a burglary at the Roxxon Plaza in Harlem. 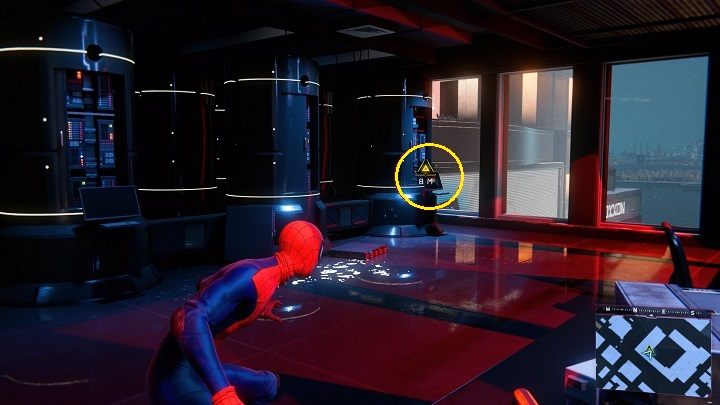 Before you return home, Ganke asks you to check what is happening at the nearby Roxxon Plaza. He suspects that a burglary is underway. Make your way towards the marker. After a short cutscene, Miles will jump into the building through a broken window. Go to a nearby computer and press the triangle. 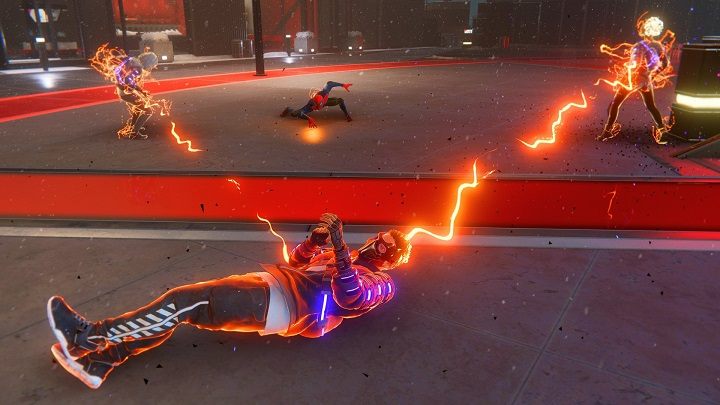 Miles will be attacked by one of the burglars. During combat, disarm enemies with guns and perform Venom Punch on those who wear protective gloves - ordinary attacks will not work on them.

If you are surrounded by a larger group of enemies, use Venom Smash (L1 square cross). More enemies will show up on a nearby roof. They will have grenades. Remember that as a Spider-Man you are agile and very fast, so you can throw these grenades back at your enemies to deal them a lot of damage. The fight will bring you back inside the building.

Watch out for gunfire when climbing the upper floors. Attack nearby enemies from above or use objects in your surroundings to your advantage. Perform finishing attacks if a circle and triangle appear above the enemy's head. When you've dealt with all the intruders, take a look inside the last room with a huge red screen. Miles will check what's on it, security will enter the building and the mission will end.