Your next destination will once again be the Iskander Wilds - this time, however, you will have to free lady Myrah of house Utran who is being held captive by the Purity.

Retake the fortress and prepare for the counterattack 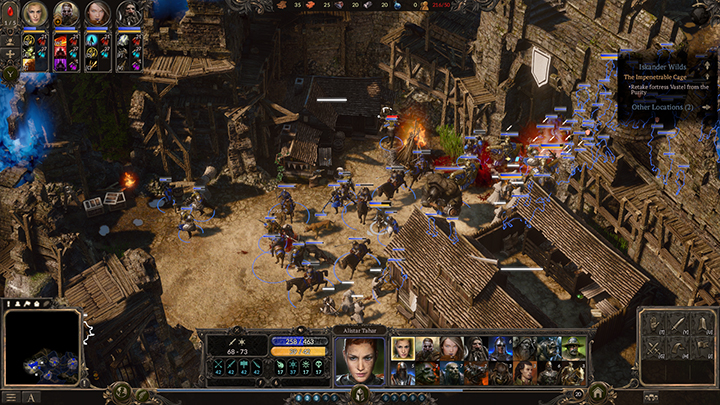 Your starting forces will allow you to take the fortress effortlessly.

At the start it will be necessary to retake the old fortress in the south of the map. From the beginning you will have quite substantial forces at your command, so you can storm the castle immediately. On your way you will of course have to capture all sectors that you encounter. Your forces should be more than enough to defeat the defenders.

You will now have to prepare for the counterattack of house Utran forces. The entire northern part of the map is walled off, however, you will be able to capture all sectors outside of the walls with ease. Remember, that you have 19 minutes to prepare your defence. You cannot lose the fortress in the later stages of the mission, so construct a tower there. You should also build towers in the sectors which border the two gates in the Utranian walls - they are located to the east and to the west. Remember to upgrade the towers that you have constructed.

Sneak out past the walls

After 19 minutes have passed, the forces of house Utran will begin their assault. Your goal will be to get past the walls and find lady Myrah. You will have to hurry (the correct use of Godstones is key here), as you will only have control over your heroes, and the defence of your camp will be left to the AI - which means that the efficiency of whatever defence you have prepared will leave much to be desired. 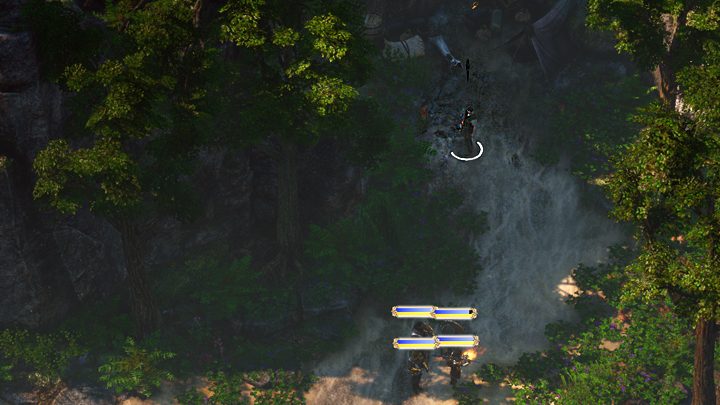 The refugee to the south can tell you how to get past the walls.

Now go to the eastern part of the map, where you will meet a spy - after talking to him you will need to decide how to get past the walls. To accomplish this, set out to the south-east, to the location of the camp of refugees from Farlon's Hope which you have seen here on your last visit to this map - you will find a lone refugee there. He will tell you how to get to the other side of the wall, provided that you will recover his belongings that are located in the encampment by the eastern part of the wall. When you return his equipment, you will find out that a key to a secret underground passage can be found near to the northern Godstone. Acquire it, and then head towards the flap located to the north (the game will indicate its exact position) - here you will not be harassed by enemy forces. You will now have to choose which hero to send in order to scout the tunnel. Wait until the character you have chosen gets through the tunnel and then activate the Godstone located on the other side of the wall. Then teleport the rest of the squad behind the wall by using said Godstone.

Now head out to the west, to the old loyalist camp - you will find lady Myrah there, together with two guards. Myrah will start to flee, while you will have to deal with the guards. They will prove to be quite capable opponents, but they should not pose too big of a challenge for your heroes. After killing them, talk to lady Myrah, whom you will find in the southern part of the camp. The mission will end after the dialogue. Afterwards you will stay in Mulandir for a short time, before you can set out on the next mission.