You are back in Mulandir. Right after starting this mission you can choose Archifre specialization. It can add a few new abilities to one of your four ability trees. This choice can be done once and you can't revert your decision, just like during the character creation process. After that you have to go outside and defend Mulandir. You must secure four entrances to the city. You won't manage any bases here; the entire mission is played in the RPG style. 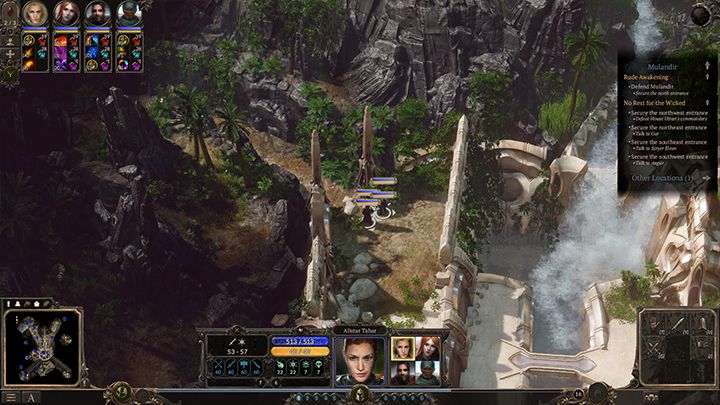 This side path allows you to go around enemies and get behind their backs.

Isgrimm is in the north-west part of the map. The Dwarf fights with Utrans. You have to kill two enemy commanders. Go west and cross the river. Find the path that can let you go around enemies and get closer to their commanders. Try to lure them out so you won't have to face both the commanders and their soldiers at the same time. After that you receive information that Lady Myrah and her soldiers are attacking Isgrimm. Go back to him and defeat the enemy. Myrah retreats after a short dialog. Talk to Isgrimm once again to complete this part of the mission. 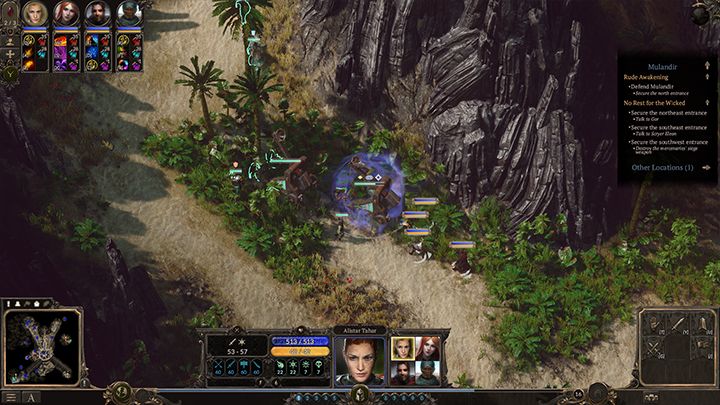 Catapults are easy to lure out.

This place is guarded by Angar and his soldiers. You have to destroy the catapults. They are surrounded by soldiers but you shouldn't have problems with destroying them. Get in their reach and retreat - you should be chased only by the catapults. Destroy them and help Angar in defeating the rest of the enemies. Watch out for enemy mages, they are the biggest threat. Try to kill them as fast as you can. Finally, you have to defeat an enemy commander - Katras, you met him during one of the previous missions. He does the same thing that Myrah did - Katras escapes after his defeat. Speak with Angar one more time. 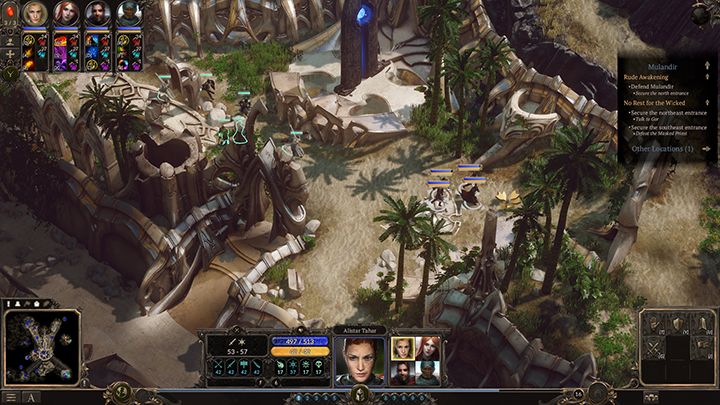 Try to eliminate these enemies one after another - otherwise, they may be too difficult for you.

Here, you have to help Yria and Eleon. Speak with them. The enemies managed to break through the magic barrier nearby. Don't try to defeat them right away. This group will probably be too difficult for your heroes. Run away and lose them. Then, try to lure them one after another and eliminate single enemies. Defeat them all and speak with Yria again. 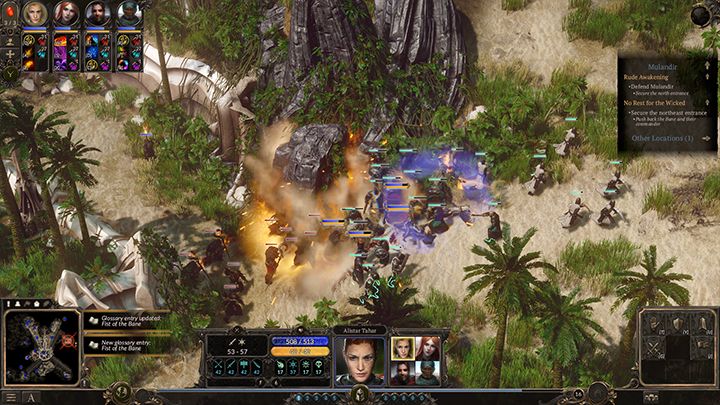 Firemasters will deal with enemies in no time

This entrance is guarded by Gor and his Orcs. You have to defeat another group led by a commander. The units near Gor's position are easy to defeat - simply get them in the Firemasters' reach. The last thing you have to do is to defeat their commander - Liliath. She is tough but four heroes should handle her. After that you have to retreat and help Gor in defeating another enemy wave. Speak with the Orc.

Going on the Offensive

You participate in a council. After that you have to speak with Angar about your next moves. Then, you have to talk to Angar, Gor and Ianna - this starts three new quests that are connected to each of the races. You can also continue the quests that allow you to learn more about your companions' stories.

An Olive Branch - side quest