After a short visit in Mulandir, where you will activate the nexus with the obtained stones, you will go to the The Eye. There you expect to find the source of the plague. Sentenza Noria will stand in your way and you will be accompanied by the forces of Everlight led by Rondar Locaine.

The first part of the mission will be rather simple - you must reach the quarter of Isamo Tahara located in the central part of the map. There will be some enemies in the area, but defeating them shouldn't be hard for your heroes, especially since the enemy soldiers will also have to fight the undead. You can also search the rest of the map - most of the territories won't be available, but you will still find some items. Additionally, in the west of the map you will encounter mercenaries (mini quest Swords for Gold) - you can hire them to perform a siege on the stronghold. However, it is quite expensive and you should be strong enough to manage without them.

Once you reach the stronghold, defeat the soldiers in its lower part and then activate the menhir and create a connection with the menhir at the beginning of the map. This will cause Rondar Locaine and his small forces to join you. 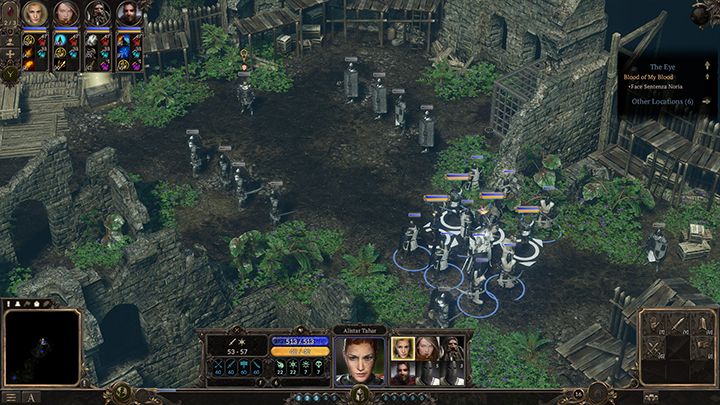 You can't avoid the fight with your old commander.

Now you must fight Sentenza. His soldiers will let you pass so that you can speak to your opponent. After the conversation the battle will start. You should focus on defeating Sentenza as quickly as possible. As you know from the first mission, he is a strong warrior. After killing him you can go underground and examine the laboratory.

Now you must search for Isamo Tahara's laboratory. Watch out, there are many strong enemies here - save your game frequently. If you want to complete this level quickly, keep going to the west. Once you reach the edge of the map, use the corridor to go north. You should also examine the rest of the map - you will find some items here and you will gain experience for defeating the enemies. 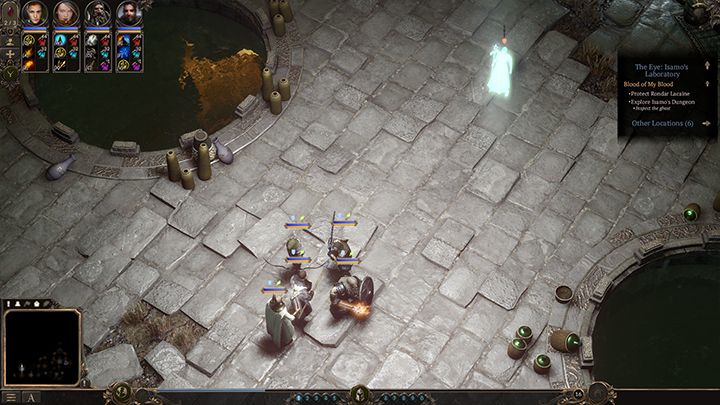 Watch out for many dangers while searching the laboratory.

On your way you will encounter a ghost - an old friend of your character. The ghost will think that you are Isamo Tahara and she will try to kill you. Watch out - she can summon the undead, so try to defeat her quickly.

By going forward you will find the source of the mold - here you must leave your companions and go forward only as the main character. After the cutscene in the next room you will have a fight - this time with Locain. No matter what you do, you will lose it and the mission will end.