You reach Mulandir where you can, hopefully, find information about the plague. You can control only your heroes. 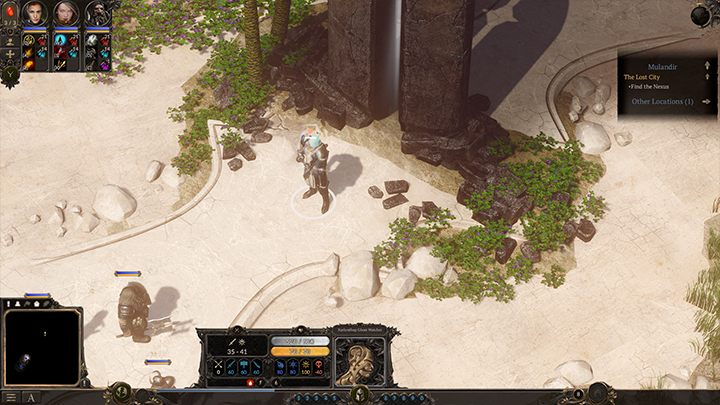 The ghosts won't be hostile towards you so don't worry about them during exploration of the city.

You have to find the Nexus - the city's center. Activate the nearby Godstone and head to the city's center. You come across Xarlonthep Ghost Watcher - you don't have to fight him. Go around the ghost and move forward. You can find more ghosts and golems in the city - these ones are aggressive. However, they walk alone which means that your heroes should be able to defeat them.

It turns out that the entrance to the Nexus is blocked. You have to go back to the first ghost you met here. You learn that in order to enter inside, you have to kill him and three other ghosts in the city. They aren't that difficult to defeat. Just remember to activate Godstones that are near them - otherwise, your enemies will respawn. The fourth ghost is the most difficult one - he is a necromancer who summons hordes of undead. 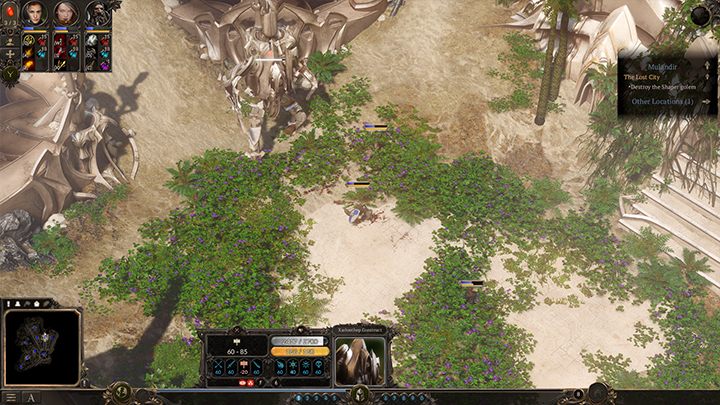 The construct is a rather challenging enemy.

Wait for your heroes to heal before you go to the barrier - another fight awaits you here. This time, you have to face a giant construct. Spread out your heroes, thanks to that the enemy will attack only one of your characters. Also, watch out for its AOE attacks - look for warnings, in a form of red circles on the ground, and avoid attacks. The enemy can also heal during the fight - don't stop attacking the construct. After that you will be able to enter the Nexus.

The first location of the Nexus doesn't have a lot of attractions, only a few items, two golems and another construct. However, you don't have to fight with this one - the enemy patrols the area that leads to other parts of the Nexus which means that you can easily avoid it without attracting attention. 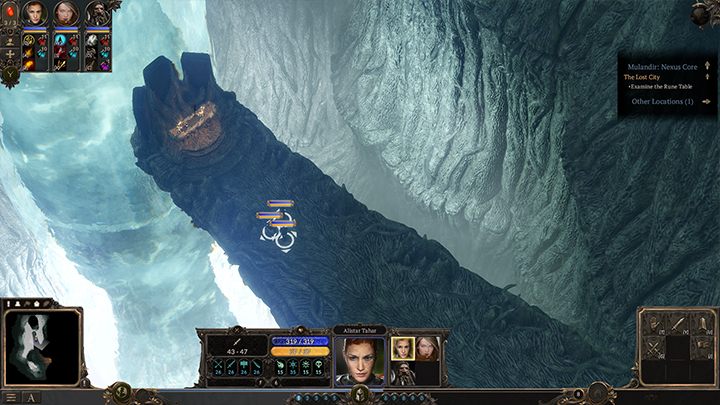 The goal of your journey.

You reach the Nexus Core - explore it. Isgrimm wants to make an experiment but he needs some time. Go back to the previous chamber and examine the two side rooms. Soon, Isgrimm will call for you.

The mission ends after the conversation. From now on Mulandir will serve you as your base.

Yria and Isgrimm - Side quests

Before you embark on new journeys, you can speak with your companions - they are in the Nexus. This is a good opportunity to learn more about them. Have a conversation with each one of your companions and when the dialogs end, speak with them again - you can now ask about more topics.