During this mission you don't control any units, just your heroes. Your goal is to go through the undergrounds and reach Mulandir. 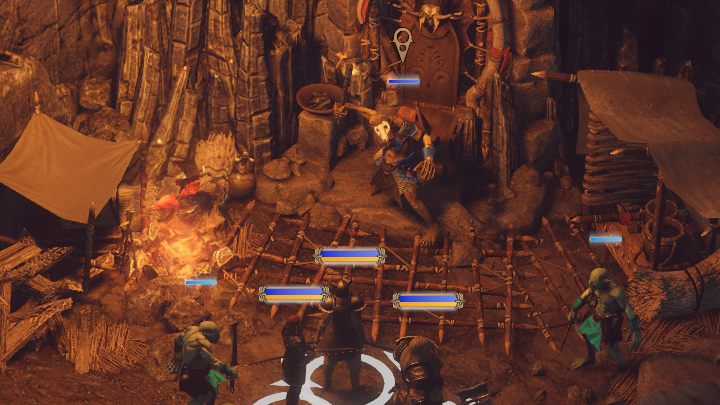 Do a small favor to the local ruler and get access to Mulandir.

These dungeons aren't complex so you won't spend too much time here. Activate the Godstone near the starting point. Then, move forward. You come across a group of goblins. They will run away from you. Follow them. Soon, the goblins will attack you. Defeating them starts Power-hungry quest. Keep following the main tunnel until you meet another group of goblins, located in the north-east part of the map. These goblins are also hostile and want to fight you. However, God-King will order them to stop. Speak with him. You learn that this creature can show you the way to Mulandir but first you have to kill a group of renegade goblins. They are in the south part of the map, finding them shouldn't be a problem to you. Kill the goblins and go back to God-King.

He gives you a password that you have to say to the Golem that guards passage located in the middle of the main tunnel. Say the password and go to Mulandir.