Heroes accompany you throughout the entire campaign. They collect experience and get access to better abilities and gear. You can select abilities that you want to develop next but, when it comes to classes, you can't select them for characters other than your own. This chapter contains tips for character creation as well as progression. 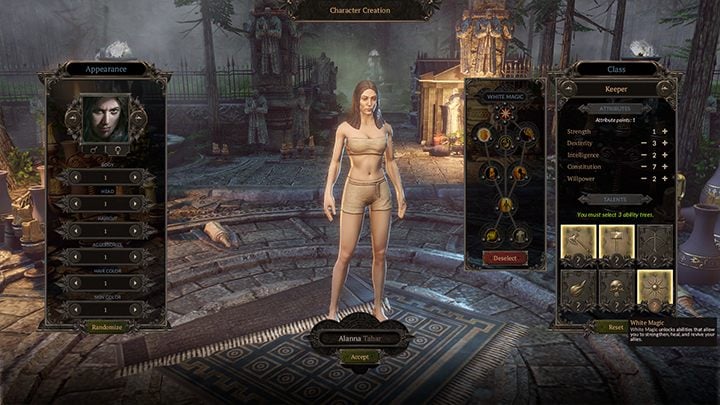 You can choose from predefined classes.

Character creation is only available after completing the first campaign mission. You should save your game here - this can save you a little bit of time if you decide that your class isn't to your liking. Appearance options are displayed on the left, class options are on the right. To create a class, you have to distribute 11 attribute points (there are 5 of them) and choose 3 out of 6 ability trees. You can also select one of the predefined sets of attributes and abilities. Remember that you can't change your ability trees later, you have to stick with them till the end of the game. Because of that you should learn about them before you create your character.

Also, all attributes influence effectiveness of your weapons and abilities. Check out which abilities scale with a weapon or an ability that you want to use.

Beginners should choose Brutality and White Magic ability trees. Elementalism is also a good choice. White Magic gives you access to healing even without potions while the other two trees give your character good offensive options. 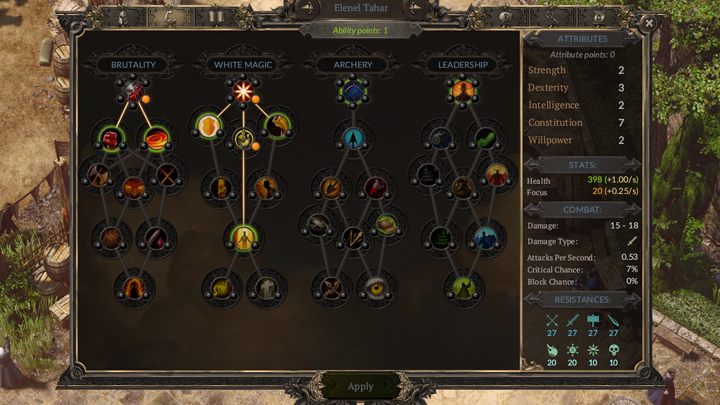 Character progression isn't complicated here. You get experience by killing enemies and completing quests. Each new level gives you attribute points and ability points. The first points are for increasing your attributes and the later ones are for learning new abilities or upgrading those that you already know. Open party management window and distribute your points in abilities tab. Note - ability and attribute points are received alternately.

Experience is shared by all your characters. After leveling up you have to distribute points for each of your party members. If your party is joined by an underdeveloped character then you can give them all points that were gathered by your team up to this point. This goes for the campaign, skirmishes/multiplayer. 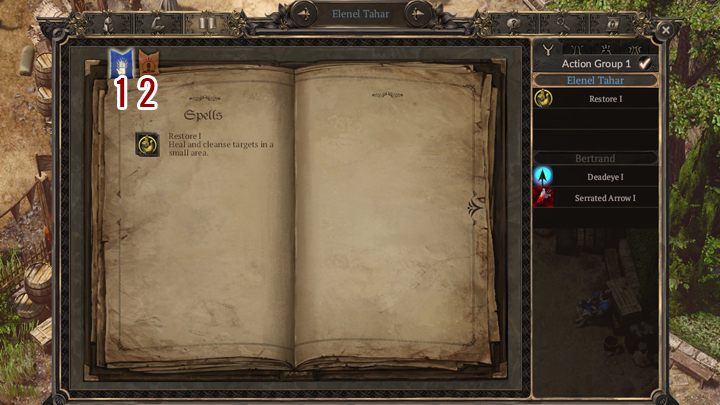 Spellbook (accessed from party management window) has all available abilities that are known to a given character. This window has two tabs: