In the land of Elves you are going to command the Elven army. You can expand the base but do not exaggerate. Several towers and large army of bowman and Druids is all you really need. Build a few towers in the center of the city and near your headquarter. When leading an army use a frontal attack and always choose enemy's towers and portals as your first targets. 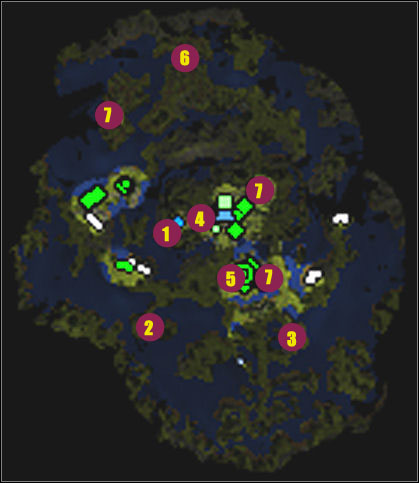 Quest solved: find the missing message and take it to the Queen

Quest solved: fight off the attack

Quest solved: talk to Io and to the Queen

Quest solved: get back to the King Ulf

The Morhir: talk to the Elven ambassadress

From the Depths: defend Dun Mora against Demons

The Archers of the Morhir: win a support of Elves

The Lost Deliveries: reconquer stolen goods and take it to rightful owners

The Banner: find the missing banner