In the Uram Gor you are leading Orc's army once more. You may not recruit any other units than Shaman. The number of materials is limited so do not try to expand your base too much. A few defending towers are necessary, because you are attacked from two sides in the same time. Do not try to counterattack your both opponents. Destroy Demons first and then The Undead. 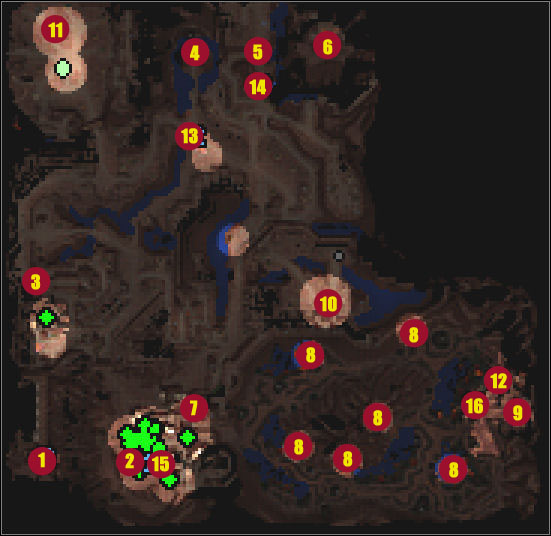 Quest solved (side quest): put diamond eyes on its place on the Aonir statue

Quest solved (side quest): kill Tzang and take his head

Quest solved (side quest): kill Orog and take his head

Quest solved: follow Kor and at least one worker to the Gate of the Nameless

Quest solved: find a way to open the gate

Quest solved: go through the Valley of Ashes